Educational psychologists have advocated a focus on play, socialisation and wellbeing rather than adding more hours of lessons to the school timetable. 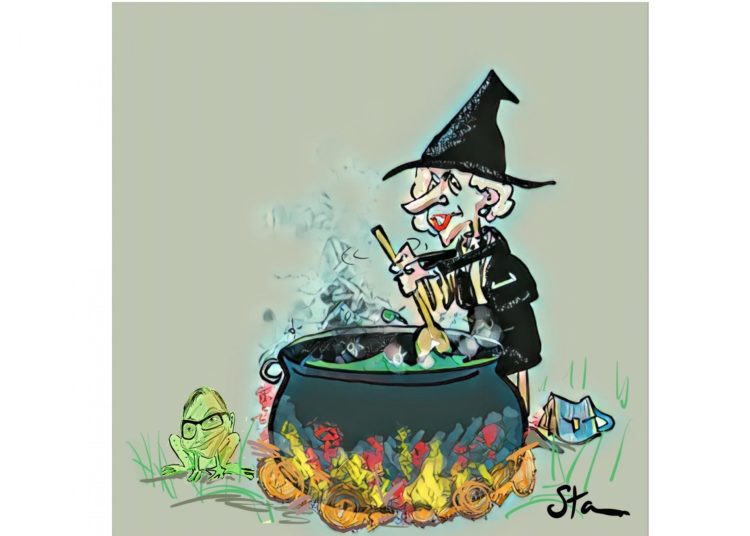 Once upon a time, there was a powerful witch, who vowed to remove play from the world, so people would have more time to create riches. The people said that it would never happen, because play makes learning fun, and our children’s happiness is far more important than money. But the witch just smiled and continued stirring her cauldron …

In the wake of Covid-19, school closures, and the government’s proposed ‘catch up’ programme for children in schools, educational psychologists have advocated a focus on play, socialisation and wellbeing rather than adding more hours of lessons to the timetable.

Assault on play and socialisation

For a long time, societies’ lack of attention to children’s needs for play and socialisation has been a problem. Academics who study and research play for children, first showed concern in the last quarter of the twentieth century; for example see David Elkind’s The Hurried Child published in 1981. A decade ago, play deprivation was the topic for a major review by the charity Play England, now long dropped from the government funding list.

In the same year that Elkind penned The Hurried Child, Margaret Thatcher proposed that, “economics are the method; the object is to change the heart and soul.” By 1988, her government had passed the Education Reform Act, the legislation that created the national curriculum. Efficiency was the national goal, intended to prepare people for a monetarist and consumption-focused society. The top-down pressure on the raw child material began to build.

Control over education increased further when Blair was elected in 1997, through the national curriculum and the national schools inspection body OFSTED. Teachers were given detailed instructions on strategies for teaching. And little by the little, the culture of childhood changed; milestones became targets, and the natural unfolding of cognition in the child was reconceived as a ‘readiness’ race.

Learning by rote, from a young age

In 2021, our children find themselves caught in the web of Michael Gove’s ‘knowledge based’, direct-instruction curriculum, which ignores the role of play in learning. In September, the government will introduce this philosophy to nursery education protocols through proposed amendments to the Early Years Foundation Stage, preparing children for direct instruction from the very beginning of schooling.

But a facts-and-skills transmission factory is an extremely unnatural environment for human beings. We are a highly evolved, linguistic primate species, born with brains that have the capacity to adapt throughout our lives, which change and develop immensely as we interact with the environment. And like other naturally evolved species, children principally achieve such development through collaborative play activity, spontaneously engaging with both peers and adults.

Of course, in a highly technological society, there is a need for some amount of formal education provided by experts, alongside natural play-based learning. But this is a supplement, not the principal way that human beings learn, which was established by natural selection long before they became the current homo sapiens species.

Direct instruction vs play and discovery

Today, direct instruction is valued above play and discovery. Or in other words, education policy has put the direct-instruction cart before the play-and-discovery horses. This has created a narrow focus on ‘performance’ in tightly specified assessments, for which children are conditioned to rote-memorise the answers.

While direct instruction can lead to high scores on standardised tests, renowned psychologist, Alison Gopnik, suggests that it stunts curiosity and children are less likely to discover new and unexpected information. In other words, it removes all the responses that have made human beings the most innovative and technically accomplished species on Earth.

A wide range of research evidence – from the fields of anthropology, neuroscience, psychology and education – indicates that, particularly for children under seven, play-based learning is more effective in developing the core skills upon which later academic achievements are based. These ‘core skills’ include self regulation, confidence, and independence.

Many biological studies have found that physically active, collaborative free play creates important neuronal connections in both human beings and non-human animals. The way in which human beings naturally ‘boot’ this system in childhood is in spontaneous free play with others, both peers and adults, where communication is open and flexible.

As children grow older, communication and cohesive stories become increasingly important. In the early 21st century, bio-psychologists discovered ‘mirror neurons’ which fire when we simply imagine ourselves taking part in an activity. This demonstrates the power of dynamic, socially collaborative learning for human beings.

How have we allowed this to happen to our children?

It’s hard to believe that parents and teachers have been complicit in the demise of children’s natural modes of learning over such a long period of time. But, perhaps the old fable of the boiled frog (although not biologically accurate) may be enlightening here. The story goes that if a frog is thrown into boiling water, it will immediately jump out. But if put into a pan of cold water under which the heat is slowly turned up, it will slowly boil to death.

If we give children more time to play, we will create the conditions that their species require to develop the basis for self-regulation, independence, enquiring minds, and the sociability required for collaborative effort. If we provide yet more direct instruction, we condemn them to yet more time simmering in Thatcher’s human-beings-as-capital soup. What we do with our children now is a very obvious choice, from this perspective.

Will the government take note, as it prepares to enforce longer schooldays for all our children?