With the UK officially removed from the EU's Erasmus Plus scheme, Prof. Juliet Lodge asks whether these benefits are gone for good. 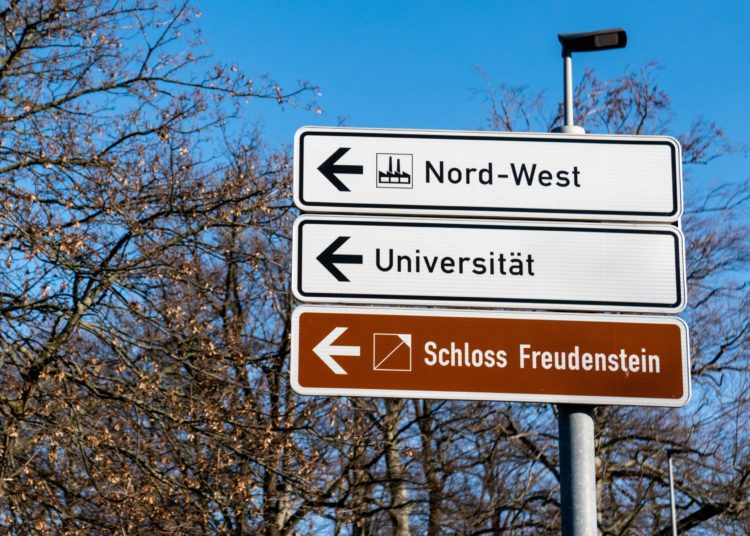 The government has rejected the EU’s offer to keep the UK in the Erasmus Plus education schemes. And in so doing, has slammed the door shut on educational and training opportunities that we’d all taken for granted. By stopping us being in the Erasmus programme, the government has ended an age of opportunity that was available to everyone, no matter what their background. Johnson has used Brexit to crush that once and for all.

It is hard to imagine why anyone would want to deprive us of opportunities open to our nearest neighbours both inside the UK and across the Channel. But the clues were there years ago. So I’ll admit it. I’ve met the prime minister. I’ve even spoken to him. Briefly. Back in the day when he, like any other journo in Brussels, was fair game for an argument, especially when peddling nonsense, which he was.

I made two mistakes that led him haughtily to dismiss me: I hadn’t laughed at his quip about bendy bananas; and I’d opened my mouth to tell him he was wrong.

It didn’t help that my accent gave me away as someone untrained in the art of cooing in front of her betters. And he really wasn’t interested in facts about the EU’s plans to open up educational opportunities for just about anyone. Including upstarts like me from local comprehensives, whose idea of their place in the world was anywhere other than where they were then.

Leaving Erasmus Plus has closed the door on opportunities

Until this year, UK citizens had been able to take part in Erasmus schemes to let us spend time studying in EU countries. We didn’t have to pay fees and we got grants to cover things like travel. These were given to apprentices, voluntary youth workers, sports people, teachers, college students (of any age and ability) and university students.

This gave opportunities to anyone who wanted to explore them, not just to those who had the money to nip across the channel.

And that’s what led the PM to sneer at me then and to take Erasmus away from us now. He doesn’t want opportunities for all, not in theory and certainly not in practice.

So when the Welsh government announced that because it had power over education spending, it would match the Erasmus scheme, even though the UK wasn’t in it, huge cheers went up in the valleys and reverberated across the UK. Like people in the other devolved administrations – Scotland and Northern Ireland – those in Wales will have most opportunities restored. The English are therefore being uniquely disadvantaged by the Johnson government and deprived of opportunities.

In February, the EU Commission said we could participate in Erasmus Plus, providing the UK associated as a whole. But that offer was rejected. So people in England will be the only ones left competing for crumbs from the PM’s Erasmus replacement scheme – ‘Turing’.

Can Turing replace Erasmus Plus?

Erasmus Plus covers vocational education and training for 14 million students and staff. It prioritises assisting the educationally disadvantaged. Opportunities are boosted by its ‘sister strand’ – the European Solidarity Corps – with its extra €1bn to enable some 350,000 youth volunteers to join in social and humanitarian projects. By contrast, the Turing programme doesn’t prioritise or fund youth work for those not in education. Nor does it waive fees and help with subsistence.

The government would have us believe that Turing is more ‘international’ than Erasmus and suggests that Erasmus had a purely European focus. But that is untrue. Erasmus has 166 partnerships all over the world and, as a reciprocal arrangement, has long brought students to the UK to study alongside us at our colleges and universities. They contributed £440m to our economy in 2018 under the Erasmus scheme that cost us only £243 million.

One of the great things about being in the EU was that we could travel anywhere for as long as we wanted inside the EU, without having to buy and worry about getting visas and permits as we crossed the border from one country to another. Freedom of movement gave us that. And the Erasmus Plus scheme built on those freedoms.

Turing can’t restore that freedom, despite what the minister responsible for it misleadingly claims. Even Suella Braverman has applauded her time as an Erasmus student. In 2017, the education committee saw full membership of Erasmus as a priority in Brexit negotiations. Small wonder that the all-party parliamentary group on Erasmus is trying to improve the situation.

Erasmus Plus benefited us all

It’s hard to understand why anyone would pull out of a 45-year programme of proven success that was anything but elitist.

Turing lacks the equivalent of the Erasmus Charter that ensures quality, and Erasmus’s €100m for digital education support to schools, vocational training and higher education. Crucially, it is separate from the EU’s recovery-oriented ‘Greening agenda’, which couples inter-disciplinary environmental and sustainability projects to innovative policy-relevant research.

Can the UK claim to be global leader on the climate at COP26 while decoupling its people from genuine opportunities to learn from working with our nearest neighbours? Being in Erasmus Plus benefits us all, both sides of the Channel, not just now but for generations to come.

Erasmus Plus is the largest international venture for teaching, study, vocational training, learning, research and innovation in the world. Turing doesn’t even come close.

In short, almost 100 days after Brexit, the world can see that the British government is systematically stealing educational opportunities from all us. Will the English find a way to try and restore what they have lost?