Children in the UK start school at just four years old, yet in several other countries across the world they start school at age six or seven - is the UK doing something wrong here? 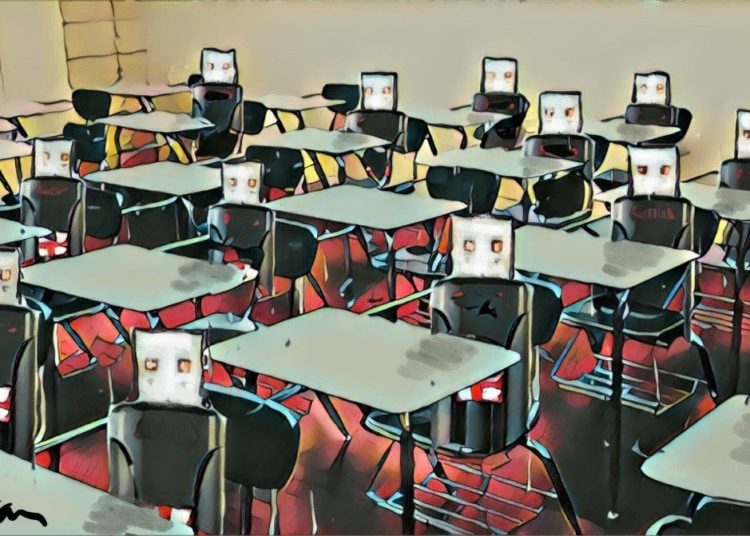 My academic research was undertaken in the field of human psychological development, studying children and young people from their early years in school to adolescence.

From my research over 30 years, it became increasingly obvious that politicians from both major parties lacked understanding of human development, and consistently failed to make developmentally informed policy, preferring to impose policies that met their own, adult-centric political agendas.

Children in state education in England

In the early years, this lack of understanding is most obvious in a dysfunctional approach to education based on a belief that the earlier children enter formal education and the faster they are expected to learn, the better the outcome will be.

Under the curriculum introduced by Michael Gove, in particular, the teacher’s role has been gradually reframed as a human ‘memory stick’ dumping data within children’s minds to be retained and recalled in much the same way as a file is created and re-opened on a computer. However, this is not how human learning naturally proceeds, and there are inevitable consequences, leading to an increase in mental health problems.

With the advent of a new early years curriculum in 2021, state education in England is now poised to prepare children for a ‘data dump’ education right from the start.

But the start of formal schooling at just four years of age for summer birthdays has long been criticised as  ‘too much, too soon’ by developmental theorists. As children grow, there is an exponential development in their ability to organise thought.

Between three and seven, children become increasingly able to manage incoming information and locate it within memory due to the growth of increasingly sophisticated neural connections, which allow them to connect ideas more effectively.

An analogy I use with my students is that it is far easier to find something in a tidy wardrobe with all the clothes hanging neatly on hangers than jumbled in a muddle at the bottom.

The current biopsychological model of children under six  indicates that these connections are most successfully made by engaging with concepts rooted in practical experiences. What this stage of learning most crucially requires is not only the opportunity to acquire information, but also ample practice in using it flexibly – the basis of independent cognition.

This is recognised by most other nations of the world in which children typically start formal schooling at six, with a significant minority starting at seven.

Traditional developmental ideas in the past

Ironically, if we look back into our own past, we see that traditional concepts of childhood fit more neatly with the growth of understanding that neurobiology is revealing today.

In England, the traditional age for upper-class boys to start formal schooling was seven or eight. The Jesuit quote, sometimes also attributed to Aristotle “give me a child until he is seven and I will give you the man” is also an ancient recognition of the emergence of more abstract understanding in children during the eighth year of life.

School commencing at five was instigated by Victorian industrialists who wanted mothers free to work outside the home, and literate, numerate children were working full time in factories, mills and mines by the age of ten.

The age of 14 was also an important milestone for our pre-industrial ancestors. It was the standard age for the commencement of an apprenticeship; the expectation that a young person was sufficiently responsible by this age to take their first step onto the threshold of the adult world.

This is also supported in neurobiology; the brain enters its final developmental neuronal ‘burst’ at the onset of puberty, which is not complete until the early 20s, reflecting the traditional age of 21 as the starting point for full adult independence.

The development of reason

These traditional stages of development were also once reflected in England’s legal system. In ancient English law, a child could be formally accused of a crime from the age of seven, but between the ages of seven and 14, the right of ‘Doli Incapax’ was applied.

The literal meaning of ‘doli incapax’ is ‘incapable of evil’. A test would be applied to indicate whether the child understood what they had done was criminal, rather than just naughty. If it was clear that the child did not have full adult understanding of the crime, the prosecution was halted.

In 1963, children between seven and ten were granted automatic ‘doli incapax’ and attempts were made over the 1970s to raise this further. However, this never came to be, and instead, the Crime and Disorder Act (1998) removed the concept of ‘doli incapax’ altogether, making children fully criminally responsible at ten.

These changes were not based on developmental evidence but a declared intention from the government at the time to ‘stop making excuses for children who offend’.

Over the past two decades, England has become the western world’s pariah with respect to its treatment of young offenders.

The current government have repeatedly opposed attempts to raise the age of criminal responsibility in England, which is by far the lowest in Europe and one of the lowest in the world.

International comparisons include 14 in Russia, North Korea and China, and 12 in Saudi Arabia and Egypt. The United Nations Convention on the Rights of the Child, which Britain signed in 1989, has repeatedly asked England to raise its criminal age of responsibility to an age “acceptable to international standards”.

The impact of poorly developmentally informed policy upon children

There are no examples of feral gangs of young children, roaming the streets in continental European nations with higher ages of criminal responsibility, because their customs of dealing with crime in children under 15 typically operate through a child protection lens.

As such, children who commit crime are taken through a form of care proceedings, which may even occasionally involve a period in secure accommodation.

The fundamental difference for the child is that they are not identified as an ‘offender’ at any point in the process but a misguided child. And when they emerge at the end of the process, they have no criminal record. In 2020, the sustainable development impact research project found that, compared to other rich nations, British children had poorer mental wellbeing and lower life satisfaction.

Modern modes of care provided for young animals, rooted in cruelty prevention legislation are usually careful to recognise their developmental stage; however, it seems we are unwilling to give our own children the same respect.

It is time to deeply reflect upon this issue and move forward from a more developmentally informed human rights perspective for addressing children’s issues.