Vigorous discussion has now begun about how to organise the back to school process, with questions raised about full-time or part-time attendance, and which age groups are to return before others. 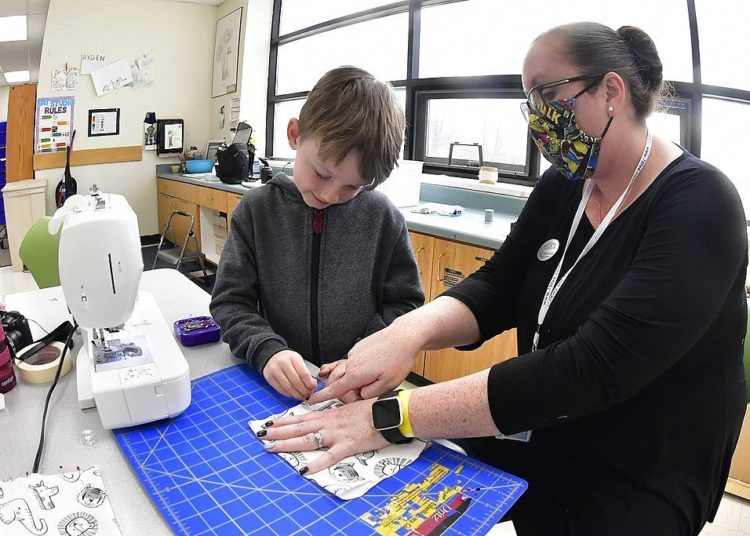 Vigorous discussion has now begun about how to organise the back to school process, with questions raised about full-time or part-time attendance, and which age groups are to return before others.

One important concern that has not yet hit the headlines is the issuing of personal protective equipment (PPE) to those who work with very young children in school, within a still-live pandemic. Early years practitioners do not just provide education, but also physical care for children. Many children within reception classes do not pass their fifth birthdays until the summer months. Most children under five, and even some under seven (particularly when special needs are taken into consideration), cannot be expected to remember social distancing rules. They cannot reliably be expected to sneeze and cough into a handkerchief or their elbow, and many young children ask for assistance with toileting. Some will still have toileting accidents, and it is not uncommon for them to vomit on the floor.

The crisis of PPE has been very effectively raised by those working in health and social care roles. While young children are unlikely to exhibit symptoms of Covid-19, their role in asymptomatic transmission is as yet unclear; early years practitioners are therefore placed in similar circumstances. At the beginning of April, the government stated that adults working in schools did not require PPE. UNISON, the public service workers’ union, immediately contested this. Before that, the TES website EduCare listed issues arising within early years environments relating to the potential for infections to occur, for example when dealing with soiled clothing or helping children to use the toilet. They called for routine provision of plastic aprons and gloves and, where infection occurs, closing of the setting for a deep clean. The question of wearing masks still needs further discussion, as it is more complex due to the potential for scaring very young children.

This problem of managing very young children in a primary school context will not arise in most of the rest of the world. The most common compulsory school starting age around the world is six, with a substantial minority of countries setting the age at seven. This is in tune with what the psychological and neurological evidence would suggest. Historical records indicate that in pre-industrial Europe early childhood traditionally lasted until the seventh birthday, known by the Roman Catholic church as ‘the age of reason’. This was also reflected in the ancient English Common Law: “before the 20th century, children under the age of seven were considered incapable of crime”. And the school starting age for upper class boys in medieval England was seven. However, the Victorians agreed on the age of five for children to start compulsory schooling to meet various industrial needs:

“…protection from exploitation at home and unhealthy conditions in the streets [and]… a political imperative to appease employers because setting an early starting age enabled an early school leaving age to be established, so that children could enter the workforce.”

Since then, the school starting age has drifted downwards to just four for children with summer birthdays, principally due to national curriculum administration issues.

Whilst these issues are clearly ripe for further discussion in more tranquil times, the most salient point for now is that the Department for Education must urgently plan for the protection of those working with very young children in school, prior to the availability of a Covid-19 vaccine. Preventing further tragedy among caring staff requires that the government urgently discusses the use of PPE in primary schools.