Brian McHugh writes about the impact of Covid-19 on the class of 2021; exams have been cancelled, grades are determined in a new way, and a huge burden has been placed on both students, parents and teachers, which will likely affect wellbeing and mental health. 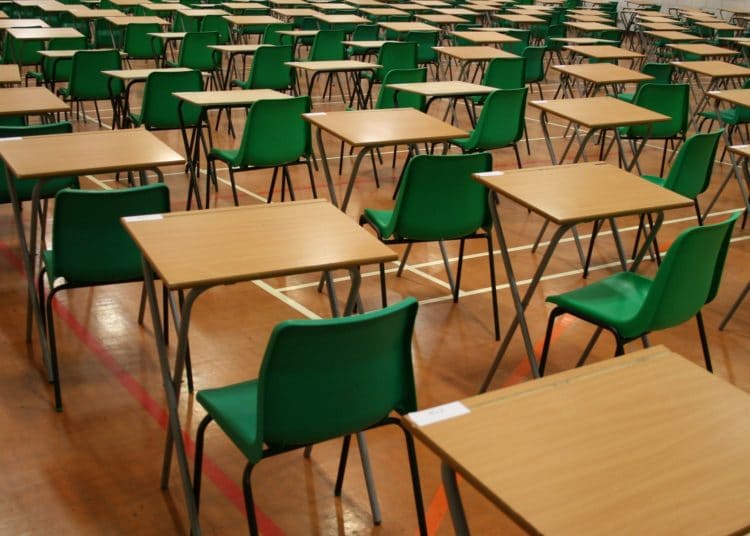 Teachers and the exams regulators are set on a collision course over this year’s GCSEs and A-levels, with students caught in the middle. The tension has intensified in the last few days with a letter from multiple head teachers to the exam regulator OFQUAL, asking for a detailed itemised breakdown of the costs involved for the exams – and a potential refund.

Jonny Uttley was one of those who signed the letter. He’s chief executive of the Education Alliance academy trust in the East Riding and Hull. TES reported him as saying:

“What we are saying is that from now on, as a group of trusts, we want to see itemised invoices from exam boards so that we can see that we are paying for services or work that has been done. And we will only be paying for that work.”

“Heads misunderstand how busy we are trying to look” say exam boards.https://t.co/LRafRgcRNq

What is happening with GCSEs and A-levels this year for the class of 2021?

For parents, students and teachers alike, the information regarding the exams process has frequently been late in arriving, often either on the last day of term, or with a very short window before implementation. Parents have felt left in the dark, and have put pressure on schools, in a bid to understand what was happening. But schools have likewise not always had the answers.

On 10 May, OFQUAL published their student guide to the awarding of grades this year, in an attempt to explain the difference between the centre assessed grades (CAGs) from 2020 to teacher assessed grades (TAGs) this year.

With evidence being gathered from mock examinations, tests, portfolios and work already completed, schools are attempting to standardise and assess – at the last possible minute – learning that was conducted during remote learning, when the levels of access to technology varied massively around the country. As pointed out by Alice Thompson in The Times:

“Remember, these children weren’t at school for much of last year and most of last term so they have covered their curriculum from their bedrooms and there hasn’t been much classroom work. Some children didn’t have access to a laptop at home, while others had overbearing, pushy parents.”

Teachers have been trained to avoid awarding grades based on unconscious bias and affirmation. But at the same time, they have been acting as exam markers, administrators, and moderators, while of course still maintaining high standards for other year groups.

GCSEs and A-levels 2021: the evidence burden on schools and the class of 2021

Head teachers complained last week that schools should be given a refund for the summer exams this year – arguing that schools are doing the bulk of the work to award grades following the decision to cancel exams. The Times reports that, “exam boards are collectively charging £220 million, the same as for a normal year, despite merely setting some sample questions but not marking them”.

The last two years have called into question the amount of money charged for exam fees by awarding bodies. In 2020, the exam boards gave 25 percent of fees back to schools, compared with the call this year for a 50 percent rebate.

TES reported that the exam board AQA responded on 14 May by stating that their input was misunderstood and that it was, “important to remember that entry fees aren’t just for exam papers and marking”. The board clarified that their role was also to support schools and complete quality assurance, as well as training staff and examiners on the new processes.

The burden on the teaching profession

According to a poll conducted in April this year, this level of increased workload and diminishing respect and value for teachers, has led one in three teachers to admit that they would “definitely” not be working in education by 2026. With an industry already perennially plagued with retention issues, this covid year could be a body blow to teachers and, in turn, students.

Teachers, like nurses and medical staff, have been relied on during the pandemic. They now feel devalued as restrictions start to ease. Pressure is starting to build towards a ballot among the largest teaching union for a 7 percent pay rise demand. Although for those on less that £24,000, an award of £250 will be granted, as per the chancellor’s outline – equating to approximately £20 extra per month.

In the meantime, student wellbeing appears to be simply a minor consideration now, with students being moved out of the spotlight by exam boards.

Wellbeing, of course, depends on the individual student. For some, not being given a chance to prove themselves in a formal exam setting has caused frustration. For others, the constant stress and pressure of multiple tests and mini exams has seemed excessive – with some schools seeking to provide more than the recommended three pieces of evidence per subject, for each pupil.

For these students, who will forever be known as the ‘covid class’, this stress and pressure is likely to increase, with future universities and employers potentially questioning the legitimacy of their results.

The schism between teachers, head teachers and the exam boards looks set to widen, with trust being eroded. Whether OFQUAL agrees to the itemised bills and offers an increased rebate, remains to be seen. Regardless, a long, uncertain academic summer is looming.