T-Levels are a possible alternative to the 'gold standard' of A-Levels. More vocational and practical, they have huge benefits. 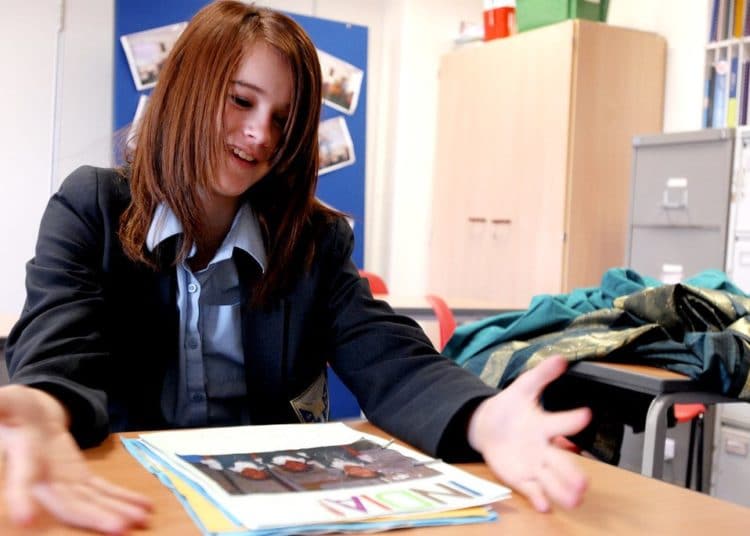 "My India school project" by DFID - UK Department for International Development is licensed under CC BY-NC-ND 2.0

In EDSK’s latest report, ‘Re-assessing the Future’, the education think tank proposes a radical shake up of the school curriculum. Challenging the dominance of A-Levels as the ‘Gold Standard’ in our post-16 school curriculum, they offer an alternative. A baccalaureate-style course, covering academic, applied, and technical subjects, they believe, would allow young people to follow a variety of courses that may better suit their needs.

The history of A-levels

A-Levels were introduced in 1951 by the government, in a bid to address the problem of “premature specialisation”. Fast forward to 2020 and only 4.4 percent of A-level students now study more than three subjects. The government has long realised that three subjects at age 18 is insufficient to equip young people entering the workplace or college.

England, with such a limited breadth of study, was an outlier when compared with most other developed nations. In countries like Ireland, France and Germany, a broad curriculum right up until the age of 18 is insisted upon, where maths, science and the national language are compulsory.

The EDSK report documents how the dominance of A-levels in the English education system has reduced technical and vocational courses to second-class status. Last year 328,000 students studied Level 3 courses, 83 percent of them studied at least one A-level.

Tom Richmond, EDSK director and author of the report told the Guardian newspaper:

“No other developed country would describe studying just three subjects for two years as a ‘gold standard’. On the contrary, other major economies typically insist that students take around six to eight subjects in their final years at school or college to ensure they receive a broad and balanced education.”

Introduced into a number of schools and colleges in September 2020, T-Levels consist of a technical qualification, a mandatory work placement, and minimum requirements of English and Maths. Given the misgivings of allowing students to study only three A-levels for two years, there are similar concerns about students studying a single T-level for the same amount of time.

Students wishing to complete T-levels, but that lack the required grades in English and Maths, are being turned away by schools and colleges for fear they will not reach the required standard by the age of 18.

The think tank also reported a persistent low level of awareness of T-levels. A 2019 survey revealed that only 3 percent of employers felt they had a ‘real understanding’ of the qualification, while 59 percent of teachers and 60 percent of parents with 16-19 year old children, had not even heard of T-levels.

In short, this looks like an education system heading for a crisis, badly in need of attention.

The future of work

It is extremely difficult to predict what the world of work will look like next year, let alone in 2030, 2040 or 2050. One trend appears to be crystal clear, workers are going to have to be flexible as they progress through their careers. The days of starting with an employer and retiring from the same firm or organisation are a thing of the past.

Most governments desire a well-educated, adaptable workforce that will be willing to work increasingly into their sixties and beyond. Due to falling birth rates, this is likely to be a reality; the number of young people in the economy is less than what it once was, meaning the rest of the workforce will be required to retire later.

Evidence from the government’s report suggests that this ability to continue working leads to a healthier, more economically successful life:

“Being in good work is better for your health than being out of work. ‘Good work’ is defined as having a safe and secure job with good working hours and conditions, supportive management and opportunities for training and development.”

Young people cannot and do not acquire the necessary skills and knowledge for a lifetime in the modern economy by the time they are 18. This is an unrealistic expectation and the government has a role to play in ensuring that everyone has “opportunities for training and development”. That does not appear to be the case across the nation at the moment. It is up to the government to put this right.

The scheme would also turn the ‘levelling up’ intentions of the government into a reality, by closing the gap between young people on academic courses and those on vocational pathways. Ultimately, everyone has a contribution to make to their families, their communities, and their nations, and without fiscal support, this is impossible.