Recordings of Gove making derogatory comments, raise questions about his values and the curriculum that he instilled in England’s schools 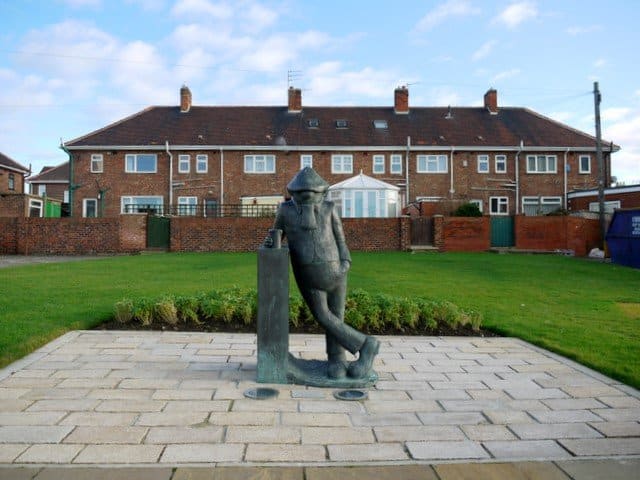 As several historical recordings of Michael Gove expressing highly derogatory opinions about “dirty northerners” and “fettered foreigners” reach the ears of the public, it is time to turn a magnifying glass on the curriculum that he instilled in England’s schools. When this new evidence is added to what is already known, a worrying picture emerges, suggesting that children are being subtly trained in similar racist and classist concepts. In a society which is increasingly ‘divided and angry’, this is an issue that we urgently need to explore.

‘Stamping on the faces of dirty northerners’

In 2017, I wrote a blog in the Huffington Post about the work that I had done in the early 2000s in mining communities in South Yorkshire, working in a field that was in those days termed ‘widening participation’. What this meant was engaging deprived communities through education initiatives and encouraging them to move towards formal ‘upskilling’.

As someone who had benefitted from this process myself through the Open University in the late 1980s and early 1990s, and as a recently trained teacher, I went into the role thinking that I had a lot of relevant experience to offer.

But I soon discovered that it was my skills from my first degree, psychology, that were more useful in helping me to engage with these communities, attempting to understand the deep pain inflicted on them by the Thatcher government, which had never been resolved.

I commented that it was problematic such deep feeling had been “given scant public voice beyond dark comedy … the famous ‘Coco the Scab’ scene in the film Brassed Off and the more subtle dejection of the dole queue in The Full Monty”.

Fast forward four years and a historical recording of a member of the current Conservative government emerges in which he is giving contemporary commentary on these times, but not in search of resolution. In fact, he gloats over what he clearly sees as a victory achieved by the Thatcher government over northern industrial communities:

“The happy south stamps over the cruel, dirty toothless face of the northerner. Mrs Thatcher is saying I don’t give a fig for what half of the population is saying, because the richer half will keep me in power … it’s politics and its pragmatism.”

Another recording has also come to light in which Gove comments that the British Empire “took fettered foreigners and turned them into gentlemen” (though it’s possible he said “fetid”, which is just as bad). 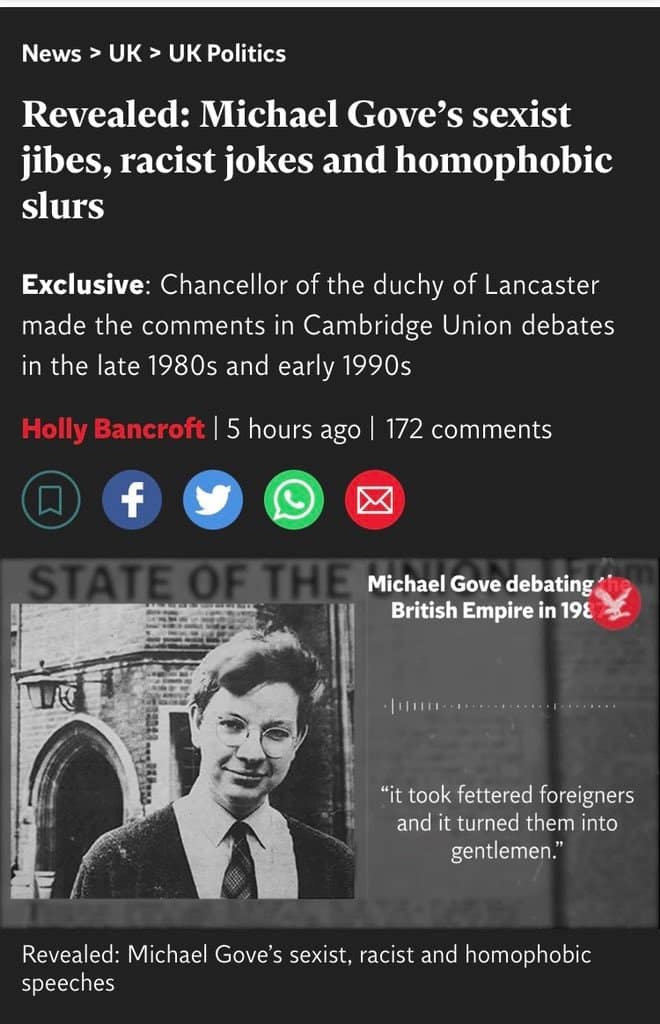 With these stunning utterances in mind, it’s worth pointing out that England’s state education system was handed over to this man when the coalition government came to power. What he then chose to do with it was very much in keeping with the white, upper-class supremacy agenda that we now know he had revealed earlier in his career.

The curriculum of ‘hard facts’… from a racist and classist perspective

Gove’s celebrated curriculum, which he  proposes is one of ‘hard facts’ to be rote learned, starts from his premise that what schoolchildren must be introduced to is “the best that has been thought and said”, a quote from the writings of the Victorian British poet Matthew Arnold. The notion that one person can dictate a set of topics that indisputably form a canon of the best that has been thought and said, became a focus of extensive academic criticism since this highly political introduction to the concept of curriculum.

So, how would anyone define the ‘best that has been thought and said?’ This depends on one’s view of the world, and we now see Gove’s view clearly articulated in these early speeches that have just been released to the public – one where those who may challenge the culture of white, upper-class privilege are swiftly vanquished and subsequently enculturated.

Who decides what people need to know?

In finding theoretical justification for this eclectic model of education, Gove turned to the theories of American education academic E D Hirsch, who created a list of ‘what Americans need to know’ in his book Cultural Literacy (1988). The index contains an exhaustive list of what American children should be taught in school, referring almost exclusively to white, western cultural concepts and the writings of dead white men: a narrow view from a white, upper-class, male-oriented perspective.

Whether all Americans, or indeed all British people, would agree that this is truly a list of ‘the best that has been thought and said’ is open to a range of far-reaching, critical questions. See for example the writings of David Olusoga and histories of the working class for initial hints at where these might begin.

The schools minister Nick Gibb, appointed to the Department for Education at the same time as Gove and still in post, proposed that a school curriculum that focuses on Gove’s concept of ‘the best that has been thought and said’ will lead to “a society in which we all understand each other better.”

So, from this perspective, the implication is that what the current national curriculum requires is for every child who attends a state school in England to be conditioned into the supremacy of white, upper-class male-oriented culture – thereby addressing the agenda Gove was already outlining in his speeches of the late 1980s and early 1990s. 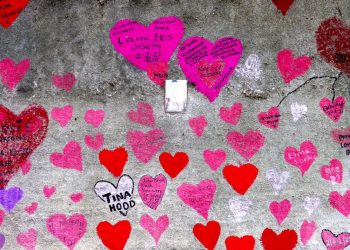 In 2015, Hirsh commented in the TES on the use of his work by Gove, saying:

“I have never met Nick Gibb or Michael Gove before. I am blissfully ignorant of the details of what is going on here … from the very first day, I was misinterpreted by both the proponents and the adversaries”.

Five years later, in the same publication, the current education secretary Gavin Williamson commented on the Gove curriculum reforms, vowing to drive them “further and harder”.

When the prime minister’s record of racism and classism is added to this sorry tableau, the state of the curriculum in England, already battered by lockdown in great part due to its rigid inflexibility, gives much cause for concern. And while the current cabinet continues to set the agenda, sadly little is likely to change.

As Phil Beadle proposes: “Power says here are our Gods, they are better than yours … ‘the best that has been thought and said’ is a wolf clad in fairy’s clothes, hoping no one notices it’s a wolf.”