The MP for Leeds West has now written to Michael Gove asking for details of what the new customs clearance centre will mean for Ashford. 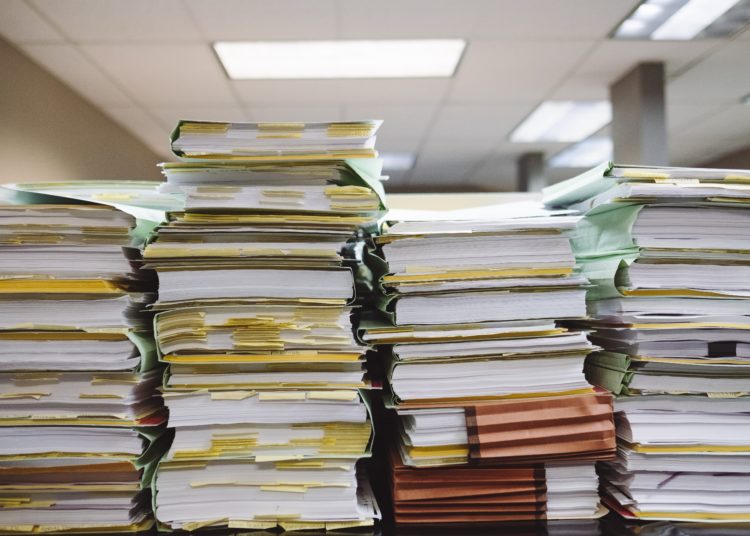 Photo by Wesley Tingey on Unsplash

Rachel Reeves, the shadow cabinet secretary, visited the MOJO site close to junction 10A of the M20 at Ashford in Kent recently with the BBC also reporting that construction “began earlier this month” on a “giant lorry park” for Brexit-related customs purposes without local people being consulted.

The MP for Leeds West has now written to Michael Gove asking for details of what the new customs clearance centre will mean for Ashford.

I believe the site is, at present, simply being cleared and levelled, which I think any landowner (Her Majesty’s Government in this case) is perfectly entitled to do. What they are not entitled to do is start construction. Planning laws are pretty strict in this country and I while I am not a planning lawyer, I don’t believe the government can simply start building work without permission.

The site is, I understand, identified in the Kent local plan as being suitable for B8 Storage or distribution use. This class includes open-air storage and so, to use it as a “giant lorry park” is probably quite acceptable within that use class.

But being identified in a local plan is not planning permission – or indeed anything close to it.

For that you need an application to be determined, either by an officer or the planning committee. For a project of that scale it will almost certainly need a committee determination.

In her letter, Ms Reeves asks how many lorries are expected to drive through the site, the hours it will be open and what assessments have been made of the effects the new site could have on noise and air pollution.

This is precisely what the planning application is designed to reveal. It requires a site layout plan, and probably a lot of other documents as well. Usually, this would include a planning and transport statement, an environmental impact assessment and perhaps something on drainage too.

This is the normal process. An officer would make sure notices are placed in the local press and neighbours are consulted. He or she would prepare a report with all the pros and cons and finally make a recommendation to reject or approve the plan, or place conditions on it such as limiting the opening hours or setting out what services must be available to drivers.

Only then would the committee consider it and come to a decision. All of which takes time, months probably, which the government does not have.

At the heart of our planning laws is the National Planning Policy Framework that sets out the basic rules. I imagine there are ways that a government can legally circumvent the process if necessary but I am pretty sure this will be strictly limited to some sort of national emergency. If we were under threat by a foreign power for example, or a plague of locusts was almost upon us, no doubt there are legal routes to get a desperately needed building constructed.

But the government’s deadline is of its own making.

There is no unexpected, uncontrollable or unforeseeable event about to engulf us. Let’s think about this. If any government department wanted to drive something through without all the tiresome planning formalities they could simply set a totally unrealistic deadline and use emergency planning powers. This certainly looks like what’s happening.

So, I would be pretty confident, if I lived close to the Ashford site, that a letter threatening immediate judicial review action (if planning rules were bypassed), would ensure local residents are now properly consulted. I don’t believe the application will be rejected (although it’s always possible) but it would certainly push back the timetable, probably for many months.

In essence this is not too different to the action that Jolyon Maugham QC is undertaking with regard to the PPE scandal. He is arguing that the government wasn’t permitted to use emergency rules to place single bidder contracts because the need for PPE was not an unforeseen event.

Maugham may have less chance with his PPE case though. The need for PPE may have been totally foreseeable (and I agree that it was) but the fact that the government failed to act in time does not lessen the emergency. By April it was clear masses of PPE was needed and I don’t think the government had any choice but to place contracts without the time-consuming competitive bidding process.

Maugham may be on firmer ground with the chaotic process itself and the cavalier use of huge amounts of public money – billions of pounds – but not necessarily on the fact that it was unforeseen. Of course, this will be for the courts to determine. But planning approval in a self-compressed time frame is not an emergency and I do not think any court would find that it was, or that it justifies excluding local people from the planning process.

One might also claim with justification that the need for the lorry parks and customs facilities is a consequence of the decision to leave the single market and the customs union. This was not explicit in the 2016 referendum and while it may have been clearer in the 2019 Tory manifesto, the need for additional customs infrastructure was not explained at all.

I would be 99 per cent confident that any judicial review would find in favour of the objectors, either in Kent or wherever the government is attempting to get infrastructure built. This probably wouldn’t stop any of the development but they would certainly be delayed. Other ports like Hull, Holyhead, Plymouth, Liverpool or Stranraer will I assume also need additional facilities and will perhaps be faced with the same issue.

Mind you, perhaps this is the reason the government has launched a commission to examine the use of judicial review …

A Britain of two nations

A Britain of two nations