In a month’s time, the UK could be before the European Court of Justice for breaching the withdrawal agreement. 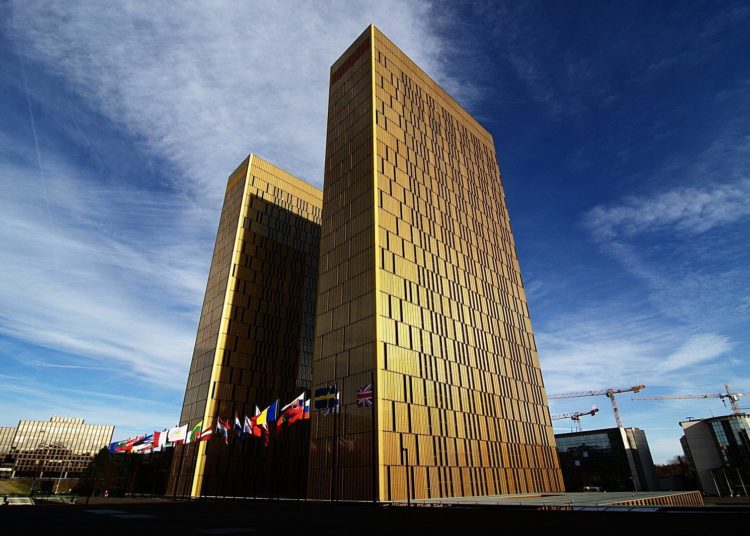 European Court of Justice by Gwenaël Piaser is licensed under CC BY-NC-SA 2.0

In a month’s time, the UK could be before the European Court of Justice for breaching the withdrawal agreement.

Yesterday, the EU commission president sent a letter of notice to the UK, starting infringement proceedings against us. This states the EU’s view that, by unilaterally trying to change the terms of the agreement signed last year, the UK is not acting in good faith in respect of the Northern Ireland protocol. The UK has one month in which to explain itself or face the Court. The EU has said it will continue to work hard for a full and timely implementation of the withdrawal agreement. However, the legal process could extend beyond 31 December.

The idea that the UK could get away with breaking international law, and undermine something as crucial as the Good Friday agreement, was never going to fly. Law breaking in a “specific and limited way” has finally been called out for what it is: blatant cynical tripe.

On 10 September the EU made clear, via Maros Selcovic, that the parts of the internal market bill that contravened the protocol on Northern Ireland should be removed. However, on 29 September, the House of Commons passed the internal market bill without any substantive amendments having been made, and did so regardless of the strong lobbying from the public, businesses and other sectors of society on the mainland and on the island of Ireland. Lobbying of the Lords continues, but if they fail to make the amendments needed, or if the government opts to leave without a deal, the outcome will be disastrous for the UK.

The government made the fatally arrogant mistake of assuming national politics trump EU solidarity. It overlooked its commitment to no hard border between Northern Ireland and Ireland, forgetting that Ireland is a member of the EU. Ireland joined the EU, along with Denmark and the UK, in January 1973. At that time, the UK was struggling with an internal war in Northern Ireland.

The steps that led to the eventual Good Friday peace agreement in 1998 rested not simply on international cooperation, but on the UK being a member of the EU. Why was that important?

The EU is above all a peace project to seal peace and make violent conflict resolution among its members economically unthinkable. It has used economic cooperation as a tool to that end. At a point in history when the EU did not have the range of policies and powers it now does, it used these tools in an innovative way to bring the Protestants and Catholics in Northern Ireland together and end internecine violence.

Cross-border crime, terrorism and smuggling were the norm on the island. Getting cross-border collaboration among the political leaders and civil society needed help, that the EU provided through regional and social programmes such as the trans-European networks to improve physical communications. Imaginative methods had to forge sustainable cooperation and combat violence for the sake of the communities there.

Then, the EU lacked the legal authority to intervene in matters of crime and policing. Borders were closed and cross-border policing was difficult. This was later enabled with the launch of the borderless single market in 1993, years of bilateral cooperation, and the creation of Europol in 1998 (the name changed officially in 2017 to the EU agency for law enforcement cooperation). Over time, patterns of trading inside a common market, complete with freedom of movement of people across the EU (that had only 12 members in 1992) reduced smuggling and cross-border crime on the island of Ireland. Peace was within reach.

But that peace has always been fragile and in need of support. The EU provided it in a way that created expectations of continuity and solidarity. The rupture to this, occasioned by Brexit, was bad enough. But the reckless decision not to honour the withdrawal agreement – that would enable the continuation of such collaboration under the EU’s wing – has proved a breach of law too far for politicians of a stronger disposition than many on the government benches.

Breaking the law in this way illustrates the nonsense that is Brexit. It epitomises the damage the government is doing to the UK – knowingly and wilfully – in the face of opposition, pleading and lobbying from all sectors of society.

On 3 May 2021, Northern Ireland will have existed for 100 years. It remains highly dependent on the UK and last year still received as much financial aid from the British government as the UK’s contribution to the EU’s annual budget. With the UK’s international reputation now in tatters, it is not surprising that people should laugh at the notion of ‘Global Britain’. Instead, some people are now looking seriously at the concept of “A Shared Island” – a radical policy that the government of the Republic of Ireland has put forward. The emphasis on ‘sharing’, points to aspirations for a United Ireland, but mirrors the kind of endeavours on which ending the violence on the island thrived over the years.

Geoffrey Martin, the first head of the European Commission Office in Northern Ireland (1979–1984), and later head of the European Commission Representation in the UK (1993–2002), highlights that Northern Ireland has had a very messy experience of self-government and direct rule from Westminster. There is a pervasive feeling of helplessness and distrust. Social divisions lurk beneath the surface and around 100 peace walls remain in places like Belfast and Derry/Londonderry. Martin points out that, “The absence of a devolved government reflects the reality that the elected leaders are still failing to learn to live with each other.”

But, a united Ireland is not the goal for those wanting to work together.  Instead, sharing and the experience of sharing and collaboration inside the EU has bred a quest for regional cooperation with the adjacent regions of Great Britain. The British/Ireland council could be a vehicle for realising something precious, at the very time the UK government stands before the world, named and shamed, for a breach of good faith and contravening the Northern Ireland protocol. This augurs badly for any kind of Brexit trade deal even if parallel talks on some issues continue. And that includes issues of interest to the newly appointed commissioner for financial services, Mairead McGuinness, who is unlikely to tolerate duplicitous UK tantrums.

The government will try to blame anyone but itself for this. Yet, all opposition party leaders, every living former prime minister and now the EU, have shown that respect for the rule of law, European values and solidarity are not just rhetoric. The EU has every reason to expect better from the UK and reject Brexit as an excuse for law breaking. As Martin says: “Brexit itself and the changes in Northern Ireland which it is expected to bring, are likely to alter the nature of relationships within and between these islands. The United Kingdom is likely to become less united.”