This initiated a period of consultation with stakeholders, leading to a new fisheries bill that is about to drop anchor on Tuesday. 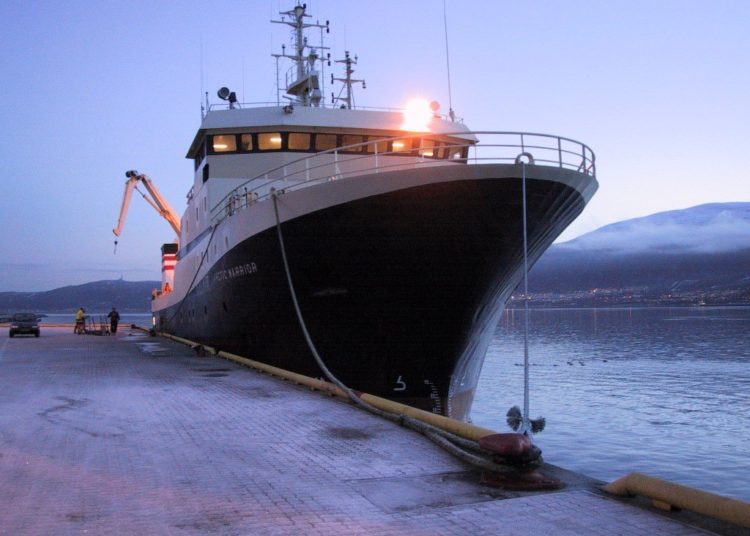 Somebody once said, when Britain left the EU we didn’t fall into a void but into something far worse. This was in respect of aviation and the thicket of international agreements which preceded the European Common Aviation Area (ECAA), but it applies equally to fishing and the common fisheries policy.

Leaving the common fisheries policy, meant we actually fell into the 1964 London Convention on Fisheries, which gave 13 other European states the right to fish in British waters between six and 12 nautical miles from our coast.

So, we had to withdraw from that convention, which we did by announcing in July 2017 that we intended to do so and DEFRA Secretary Michael Gove then gave the required two years notice. This initiated a period of consultation with stakeholders, leading to a new fisheries bill that is about to drop anchor on Tuesday as it reaches the report stage in the House of Commons.

However, the Belgium ambassador Willem van de Voorde, has put a dogfish among the prawns, so to speak, by raising the question of a treaty dating back to 1666 signed by King Charles II, which granted 50 Flemish fishermen from Bruges “eternal rights” to fish in English waters.

This caused a bit of a flurry in British newspapers, with the Daily Express as usual suggesting that “desperate Brussels” were using it to try and settle the “Brexit fishing row.”

But Belgian newspapers were reporting this back in 2017. NWS Flanders News quoted the then Flemish prime minister Geert Bourgeois suggesting a solution to the fishing problems was this 350-year-old treaty. Mr Bourgeois even produced a copy of it on television.

The treaty was discovered in an archive in 1963. Apparently, a Bruges alderman then “ventured out into British waters to test it out”.

“He deliberately had himself arrested by the British hoping they would take him to court. However, this didn’t happen. Documents from the British archives later revealed that it was advised against taking the Belgian to court, because of fears concerning the 1666 Charter. They were afraid it would still be in force”, Bourgeois’ spokesperson explained afterwards.

The spokesperson admitted the chances the 1666 Charter would still apply are small, but added: “It’s not completely impossible that it still grants Bruges fishermen certain rights”.

It’s not clear how Gove intends to withdraw from that one. But no doubt if it gets to that stage, he will give it a try.

However humorous it might be, British fishermen are unlikely to be laughing at the guidance for UK fish exports to the EU, released in September by the UK government and updated again last week. It looks formidable to me.

After 1 January 2021, UK fishermen will need to follow the same byzantine rules that are currently in place for exports of fish from non-EU countries. The guidance says they will need an export health certificate, except for direct landings of fresh fish in EU ports from UK-flagged fishing vessels, plus a catch certificate that needs to be validated and sent to the importer.

For customs and border inspection requirements, they must comply with HMRC guidance on customs requirements for exporting to the EU. These rules apply to fish caught by a UK-flagged fishing vessel, or exports of fish imported from another country that have been stored or processed in the UK, and direct landings in EU ports by a UK flagged vessel.

Whereas at the moment shipments can enter any EU member state at any point, as of 1 January, all consignments of fish and fishery products must go through an EU border control post (BCP) if the fish was either caught by a UK-flagged vessel, or imported into the UK and processed, or stored or landed in the UK before being transported to the EU.

These BCPs are few and far between and will mean some shippers need to rearrange their delivery routes, which will affect delivery times and hence the marketability of fresh products. The full list of EU BCP locations is HERE.

The EU importer (which you didn’t need before) must notify the BCP in advance of arrival. The importer must also assume legal responsibility for the products inside the EU, something they will charge handsomely for.

The guidance explains how to get an export health certificate – go to another website with yet more guidance (essentially you need a vet or a local authority inspector to sign one) – and also how to become listed as an EU-approved food establishment which is essential if you export fish products from the UK. Got it?

All of this adds an extra layer of detail to the new post Brexit border operating model which my colleague Jane Thomas described in her article last week as, “a hundred times more complex and with lashings of new red tape to match.”

It’s not clear how much England’s fishermen will benefit from Brexit in any event. Almost 55 percent of England’s quota under the common fisheries policy is foreign owned according to the BBC. These quotas were purchased in good faith by foreign companies who operate vessels flagged in the UK and operating out of UK ports. They would take legal action if these quotas were arbitrarily removed.

On Sunday, France’s minister of the sea Annick Girardin took a tough line and suggested French fishermen would be better off with no-deal rather than accepting “unacceptable” proposals by Britain.

“We’re preparing for all eventualities, and therefore also for a no-deal. France is preparing to support its fisheries and the entire industry. European tools will have to be put in place for this,”

One wonders if Britain’s fishermen are beginning to think they might have jumped out of the frying pan and into the fire.