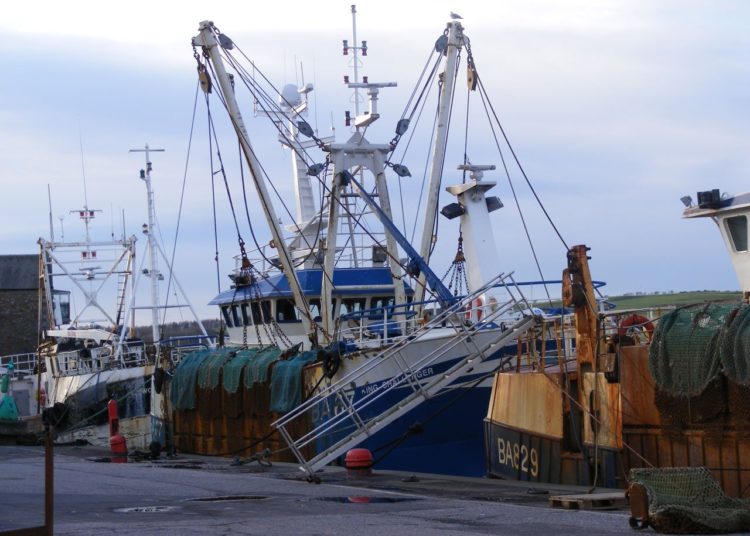 Image by PublicDomainPictures from Pixabay

About three weeks ago, at the end of October, a group of fishing industry organisations wrote to DEFRA Secretary George Eustice warning that plans from the Marine Management Organisation (MMO), an executive non-departmental public body responsible for our coastal waters, will threaten the viability of many businesses.

In the five-page joint letter (see below) they claim arrangements for validating catch certificates after January will “have a seriously detrimental effect on fish exports from the UK and on the future viability of large segments of the catching sector, auction houses, merchants and processors”.

The problem, they say, affects all sectors and just about all sizes and types of vessel and could be the “final straw” for many businesses.

Dr Richard Gaywood on Twitter has delved into the background of several signatories to the letter and discovered enthusiastic supporters of Brexit, who now seem to be rowing back from their previous positions.

James White, of the Felixstowe Ferry Fishermen’s Association, was apparently involved in the ‘Thames flotilla’ publicity stunt with Nigel Farage in 2016. He said before the referendum:

“We are an island but we import fish! We want our fishing rights back. We are not fairly treated with the quotas we are given and what we are allowed to catch compared to other EU countries. We are throwing back dead fish which is perfectly adequate but we’re not allowed to keep it. If we can start controlling our own regional fisheries, we can know what we can target”.

Immediately after the referendum in 2016, in an interview with German newspaper Die Welt, the managing director of Brixham Trawler Agents Barry Young said, “We believed we were at the lowest level of the fishing industry for many years and that it would [only] go lower if we stayed in Europe. If we came out of Europe, it would stay on a par to where it is now”.

Ian Perkes, director of Ian Perkes Fish Merchants, told the American PBS TV channel in 2018, “There is never going to be any fish left on the dock. Every fish here for the last 30 years is sold. Nothing is ever left. There’ll be no fish left rotting on the dock, I can assure you of that. I think business will continue, and we will thrive, which is why I voted out”.

David Pessell, head of Plymouth Trawler Agents, told the Daily Express in February 2019: “We see Brexit as a once in a lifetime opportunity to restore control of our own waters, look after a wonderful natural resource, and we will all benefit – particularly the British public”.

Another signatory is Andrew Pillar, manager at Interfish Ltd, whose founder and director, Jan Colam, donated £25,000 to Vote Leave – making him the 18th largest personal donor.

Mark Greet, managing director of Falfish Ltd, also signed the letter. In 2017 he was already concerned about access to the EU, posing the question to Culture Trip, “Will we still have access to a tariff-free trading zone within Europe?” and secondly, “Is there still access to our very important European work force?” With over 200 staff, a significant number of whom are from the EU, any limits to those workers’ movement would make recruitment difficult.

Jim Portus, chief executive of the South West Fish Producers’ Organisation, added his signature. He even took the trouble to write a piece for Fishing For Leave in May 2016, in which he said:

“I am urging people to vote for ‘Leave’ on June 23rd because, not only do I not believe the scaremongers in the ‘Remain’ camp, but I am also convinced by the arguments set out by George Eustice, the current UK Fisheries Minister, in his paper on fisheries post ‘Brexit’”.

Ironically, he is now pleading with the same George Eustice, who resigned as fisheries minister in February 2019 in protest at what he thought would be a delay in Brexit under Theresa May, to relax EU rules over which we have no influence.

Portus now says, “It’s not as if we’ve never had documentation to go with fish before. We had adequate documentation in the past, and it should be adequate for the future”.  He doesn’t seem to realise being outside EU market surveillance and enforcement measures means a huge increase in paperwork when food crosses the border.

I think the Eustice paper he is referring to is this one from May 2016, where the then junior minster claimed:

“This referendum is a one off. If we act decisively and leave, we will regain control and will then have the power to deliver the change our fishing industry and marine environment so craves. In five years’ time, the only question we will ask ourselves is why we didn’t do it sooner”.

Here we are four-and-a-half years later, with Mr Portus worried about the “future viability” of “large segments of the industry” and signing a letter implying he would rather Brexit be later than sooner – if at all presumably.

In response, DEFRA says that data compliance is needed to ensure fishers can meet export regulations after the transition period, adding, “The government understands the complexities of the fishing industry and is supporting industry to enable the smooth transition.” In other words, the paperwork will be a permanent fact of life as of January next year. I bet that went down well in Brixham harbour.

Brexit has certainly delivered change, whether it’s the sort the fishing industry “craves”, we wait to see.

I am grateful to Dr Gaywood @PenLlawen who did the all the original research on this and posted it on Twitter, suggesting it needed a wider audience.

Irish consulate to open in the North of England