Just how well placed are UK businesses for Brexit on 1 January 2021? 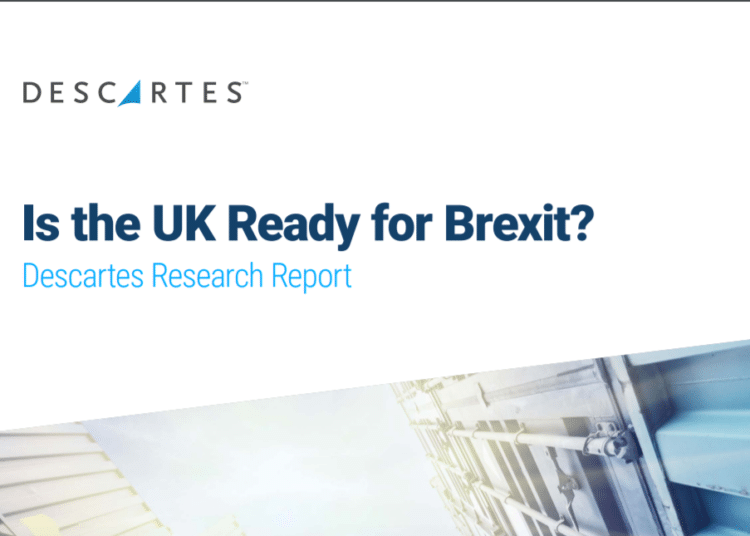 A Brexit readiness survey conducted among supply chain managers and published today has revealed a disturbing picture, with just 18 percent of UK businesses said to be prepared for a no-deal Brexit.

The survey, with work carried out in July for Descartes Systems UK Ltd (a logistics software provider based in Chippenham, Wiltshire), points to the huge concerns that many companies still have about new import/export formalities set to be implemented from January next year in UK-EU trade.

Among the more alarming details is the level of misunderstanding about even the most basic issue of Britain’s present status, with just 53 percent of decision-makers in supply chain leadership positions correctly identifying that we are in a transition period having formally left the EU at the end of January.

The survey will raise concerns in Whitehall about the lack of preparedness within the sector most responsible for adjusting to the new realities of Brexit, coming at the same time as the government’s Check, Change, Go campaign was launched.

The accompanying report concludes that since March, Covid-19 has “wrought unprecedented change throughout every supply chain – and many firms felt they had no option but to shelve Brexit planning, and in many cases also use cash and stock initially reserved for Brexit-related disruption, simply to survive”.

Few businesses expect to be unaffected by Brexit, with just 7 percent of supply chain decision-makers insisting nothing will change.

Unsurprisingly perhaps, “organisations and supply chain managers with existing experience of customs declarations are far more worried about the implications of Brexit on the business than those who have yet to discover the complexity of customs processes”. For many, the complexities of the new arrangements will come as a profound shock.

Senior government ministers like Michael Gove have admitted British companies trading with Europe will have to fill in an extra 215 million customs declarations a year after the Brexit transition period – with a potential cost to businesses of around £7bn annually. Almost three quarters (72 percent) of respondents thought there were simply not enough third-party providers to support such a huge increase in demand, with concerns about the customs brokerage market capacity after Brexit.

“Membership of the EU has masked the complexities of customs for many, many businesses. Since the Single Market came into force there have been no customs formalities between the UK and EU for nearly 28 years over which time international trade has grown and evolved significantly. The fact is that Brexit will have vast implications for any company importing or exporting out of the UK.”

Descartes says that any organisation “hoping for a last-minute reprieve” should be aware that customs declarations will be required regardless of whether the UK strikes a free trade deal with the EU or not.

The logistics and supply-chain company claims that many smaller organisations appear unaware that Brexit affects every import or export with the EU: it will no longer be possible to simply load up and drive to another country to deliver and sell goods without paperwork, or as Yorkshire Bylines report today, for e-commerce traders to simply post goods to a consumer in Paris or Cologne as if it were Birmingham or Manchester. Customs declarations will become mandatory.

The report is, for this government, an unwelcome reminder of the work that still needs to be done to make sure businesses are fully prepared for Brexit, now little more than four months away. There is still massive uncertainty among logistics companies and supply chain managers about the changes to come.