You have to hand it to International Trade Secretary Liz Truss. She can voice two contradictory ideas in one speech better than almost anyone else in the Cabinet. 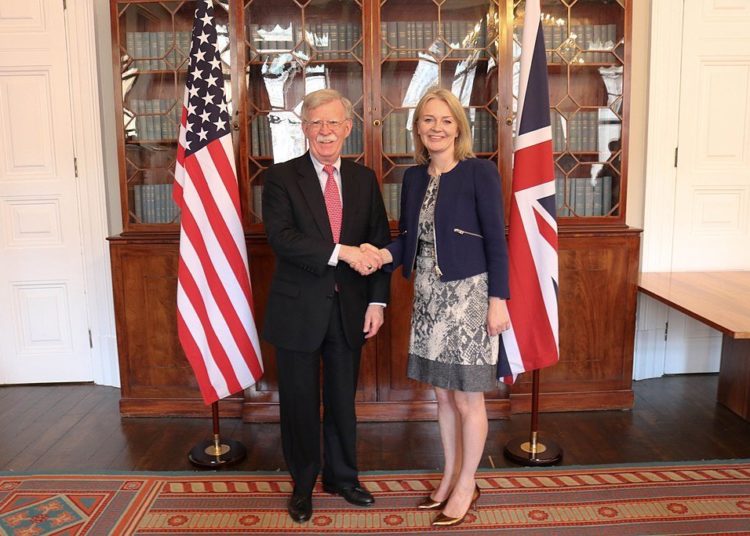 You have to hand it to International Trade Secretary Liz Truss. She can voice two contradictory ideas in one speech better than almost anyone else in the Cabinet. Even when speaking to Yorkshire farmers.

So the front page of the Yorkshire Post on 28 August reported her giving an absolute re-assurance to farmers and consumers that there will be no lowering of standards in any US trade deal, as she toured Oak House farm near York. And the inside page reported her making a firm pledge to those same farmers that she would cut tariffs on UK meat sales, so they could take advantage of a huge new market.

The contradiction becomes evident the second you ask yourself the question: “What will US trade negotiators expect in return for zero tariffs when they import food from the UK?” There can be only one meaningful answer to that: they will expect to be allowed to sell their agricultural products in UK markets with equal cuts in import duties. They won’t expect to be required to sign up for additional food safety standards on the products they want to export.

Either the UK trade secretary thinks that Donald Trump’s trade negotiators are too stupid to ask for an equal deal, or she thinks Yorkshire farmers are too daft to spot that trade deals cut two ways.

It has become commonplace to characterise concerns about US food imports as a problem over chlorinated chicken. If only it were that simple and that limited in impact.

Chlorination in and of itself is no genuine health risk. After all, most of us will have swum happily in quite large quantities of it. The problem is what is done to chickens in US mass production battery farms that makes it necessary to wash them in chlorine to get rid of salmonella and the like. Over-intensive rearing makes dosing with large quantities of chemicals necessary at every stage of ‘production’.

And chickens aren’t the only animals being crammed together in battery farms in the US. The reason the US can produce beef and milk products at very cheap prices is because cattle there now routinely live out their lives inside, or with little to no access to pasture. Limited movement and regular feeding means the quickest possible acquisition of weight and the highest possible milk yields. It also means that many animals never see the sun or eat grass. Instead they are penned in to eat crops like soya that come from massive plantations all across the world. Whilst standing in the limited space where they live out their short lives, they are fed a diet of antibiotics to keep diseases under control and to help them put on weight as quickly as possible.

The UK’s chief medical officer issued a warning in 2017 about the dangers of irresponsible use of antibiotics resulting in more and more of them becoming ineffective. She called it a “post antibiotic apocalypse”. Can there be a more irresponsible use of them than feeding them routinely to animals solely in order to bring the cost of production of meat down? Around 70 percent of medically useful antibiotics used in the States are fed to animals.

The problems don’t stop with US meat products. The US grain belt consists of mile after mile of open fields of wheat. You can’t grow one single crop over vast acres of land without spraying it with a lot of chemicals. Insecticides, weed killers and fungicides that are banned in the EU are regularly deployed on US farms.

It is inconceivable that a US trade negotiator would agree to ban those chemical sprays on all US farms in order to secure a trade deal with the UK. If higher standards are only required for exporters it would be virtually impossible to check or to police the supply chain to make sure that what is sold in the UK complies with our standards.

UK farmers will therefore be faced with a wave of fresh imports from the US of meat products and agricultural crops that are produced using methods which are simply not sustainable for the long term, but which enable them to be sold at lower prices. Their options will be simple. They can go bankrupt. They can switch to producing ethically and try to sell to a smaller specialist market. Or they can adopt US-style practices. We must therefore expect to see more factory-style intensive cattle farms in the UK. If you live near a farm in Yorkshire, get used to the idea of breathing in great quantities of dried slurry containing higher proportions of toxic chemicals. The mountains of waste that factory farms produce routinely gets spread onto fields to get rid of it.

It would be nice to think that consumer pressure in the UK will protect us from the worst of this. Yet food chains are now incredibly complex and hard to trace. Most processed products that people buy in supermarkets contain food that has been repeatedly sold on and where the original source of supply may not be known. As recently as 2013 it was revealed that horse meat was routinely on sale in UK ready meals. The scandal might have gone away but many of the practices that made it possible have not. If the supermarket purchasers couldn’t detect what animal their meat products came from, what chance is there of the bulk of them concerning themselves over anything other than the price of the end product? Most consumers will never know that they have bought something produced from a cheaper source, and most farmers will have no choice other than to adopt cheap mass-produced farming techniques.

It is therefore far from clear how Liz Truss can be so confident about the future UK farmers face after she signs off on a new trade deal with the US. Yorkshire farmers who choose to trust her might like to also ponder some of the other deals that are in the process of being negotiated – such as those with Argentina and New Zealand. We are told by the likes of Liz Truss that cutting off farmers’ tariff-free and paperwork-free access to EU markets (the biggest trading bloc in the world) will make us a great trading nation again. We are all entitled to have our doubts.