Long delays on the M20 caused chaos for travellers in Kent and sparked an argument about who or what was to blame. Was it P&O or Brexit? 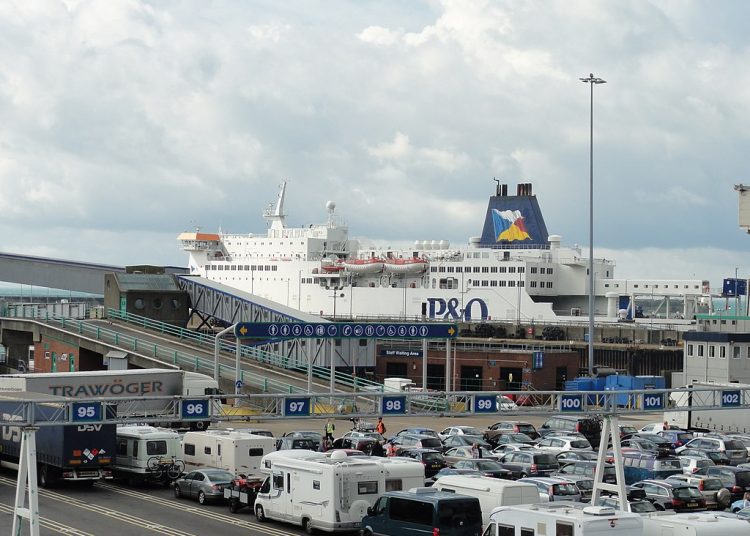 There is a heated dispute about the cause of the long delays at the Port of Dover that delivered traffic chaos to east Kent last week. Thousands of EU-bound trucks have been backing up on the M20 for 20 miles or more since the end of March. The mainstream media report that the problems are due to P&O Ferries suspending operations after sacking around 800 staff without notice. Others claim the real issue was related to the failure of an IT system developed to handle post-Brexit vehicle movements, unnecessary while Britain was in the EU single market and customs union.

Alastair Campbell, Tony Blair’s pro-EU former spin doctor, took to Twitter to accuse both the BBC and Sky News of deliberately trying to avoid naming Brexit as the real culprit.

So, what is the truth?

Katie Prescott, the BBC reporter who wrote the article Campbell first complained about, insisted, “The extraordinary queues recently at Dover are mainly down to capacity being down by a third as P&O ferries routes are out of action. This is why fresh meat companies want a priority lane”.

She later admitted the piece was edited after publication to “clarify the point about the customs IT system and to throw forward to the new checks coming in in July”.

The paragraph that was added is this one I believe:

“As well as the other factors causing congestion, which have led to the traffic management system Operation Brock being put in place, there have also been problems with a key IT system for custom checks at the UK’s busiest port after Brexit.”

She seems to infer Brexit was a minor tangential issue.

Is the media playing down Brexit-related problems?

I am not convinced any of this was deliberate or part of a Brexit conspiracy. Reporters can only report what they’re told. Prescott’s piece mentions the Department for Transport, Kent Resilience Forum, a haulier and the CEO of the British Meat Processors Association. Presumably none of them blamed Brexit specifically.

Likewise at Sky News who seem to have spoken to the same sources. They blamed P&O Ferries as well as Easter traffic, IT issues and bad weather. All the sources may have their own reasons for playing down or keeping quiet about Brexit. 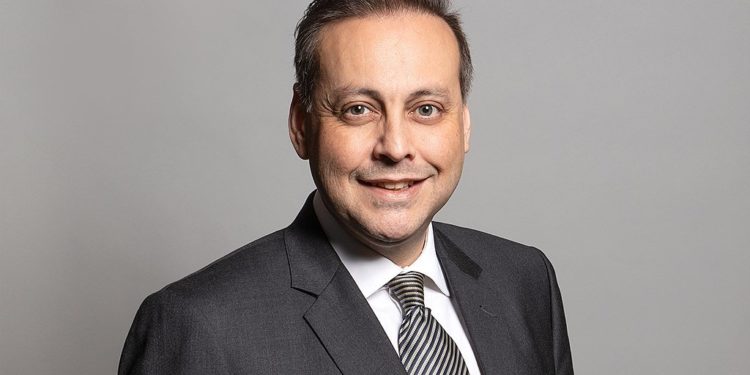 Was Brexit really to blame

P&O Ferries sacked almost 800 workers without notice on Thursday 17 March and suspended all sailings “for the next few day”. They have still not resumed operations.

However, the disruption causing gridlock on the M20 did not begin until 31 March according to reports on KentOnline. It is not obvious why it took two whole weeks for traffic chaos to start, since capacity on the key Channel crossing was instantly cut by one third on 18 March.

BIFA advised its members that hauliers could travel without a GMR (goods movement reference) until the problem was resolved and the system fully operational again. HMRC were said to be “making every effort to ensure that all services are restored asap”.

HMRC advised exporters and freight forwarders that although a GMR would temporarily not be required, drivers would still need “other evidence that a declaration has been made, for example a reference number from CHIEF or a transit accompanying document (this list is non-exhaustive and other forms of evidence may be applicable)”.

With dramatically fewer ferries operating, EU traffic bringing goods into the UK should logically have suffered the same delays and disruption on routes into Calais, but this was apparently not the case. It is hard to find any credible reports of serious tailbacks affecting incoming HGVs on the French side.

Ciaran Donovan @vanmaneuro who tweets regularly about UK-EU border and transport issues, countered arguments that delays due to ferry issues were nothing new and he was “constant blaming things on Brexit”, with a tweet on Friday at the height of the M20 issues:

It appears that Calais didn’t experience the same 18–30 hour delays, although Donovan admitted it has been taking slightly longer due to Easter holidays and the post-Brexit need to stamp passports.

At the height of the delays ferries were sailing half empty

Some HGV drivers pointed out on Thursday 8 April that ferries were leaving Dover half empty, as can be seen in the tweet below:

By way of an explanation, another BBC reporter, Simon Jones tweeted that a Danish ferry operator DFDS (Det Forenede Dampskibs-Selskab) had advised him there were periods on Saturday (9 April) “where freight traffic could not get through the port fast enough,” and adding, “The Port of Dover are aware of this and all parties continue to work hard on improving traffic flow through the port”.

Nobody at the BBC seemed to have asked what it was that was slowing freight traffic through the port. It was an indication that lack of ferry capacity was not the main or even a contributory reason.

How is it all supposed to work?

The GVMS system connects to the 40-year-old CHIEF (customs handling of import and export freight) system and to the new CDS (customs declaration system) system that was supposed to have replaced it three years ago. CDS was announced in 2015 with a completion date of 2019.

But because of Brexit and the need to prepare CHIEF to handle the huge increase in customs declarations, the changeover to CDS was delayed.

So, it was necessary for GVMS to communicate with both new and old systems in order to provide HGVs arriving at Dover with a GMR number indicating the load had been pre-advised. This allows the truck to pass through the port without delay.

Ports use ANPR (automatic number plate recognition) to identify the truck and load and then automatically clear it through to a ferry.

This had to be suspended on 31 March when the IT failure occurred and under ‘continuity plans’ drivers were required to produce ‘other evidence’ including documents in order to clear customs control in Dover.

Yesterday, the government apologised for “any inconvenience caused” and said the GVMS was now “fully operational” and drivers would once again be able to use the automated GMRs for all movements.

It is clear that the reduction in ferry capacity caused by P&O’s problems were not the cause of the severe traffic problems in Kent, and residents living close to the Channel deny the weather played any part either. Yet these were the main culprits according to reports.

Delays started when the GVMS system failed and they ended when it was restored. You can argue that this was technically not Brexit related, but before Brexit GVMS was not even necessary. It has now become a critical piece of Britain’s infrastructure, vulnerable to issues when bug fixes and upgrades are needed and requiring permanent back-up systems to be in place.

It comes as a new analysis shows the number of UK businesses exporting goods to the EU fell by a third in 2021 compared to 2020. Some will have been put off by the extra paperwork but others will have lost EU customers because of delays and extra costs.

Last week’s chaos in Kent does not help to reassure EU clients that UK suppliers are a reliable source of products. Many more will now begin to seek alternatives inside the EU single market.

The problems only affect exports but new checks on goods imported into Britain from the EU, already delayed several times, are due to come into force this July. The government is said to be considering a further delay.