A new report suggests British consumers post-Brexit could be exposed to larger amounts of more toxic chemicals at the same time as farmers here face a double whammy of low-cost imports produced to a lower standard and the loss of access to the lucrative EU single market. 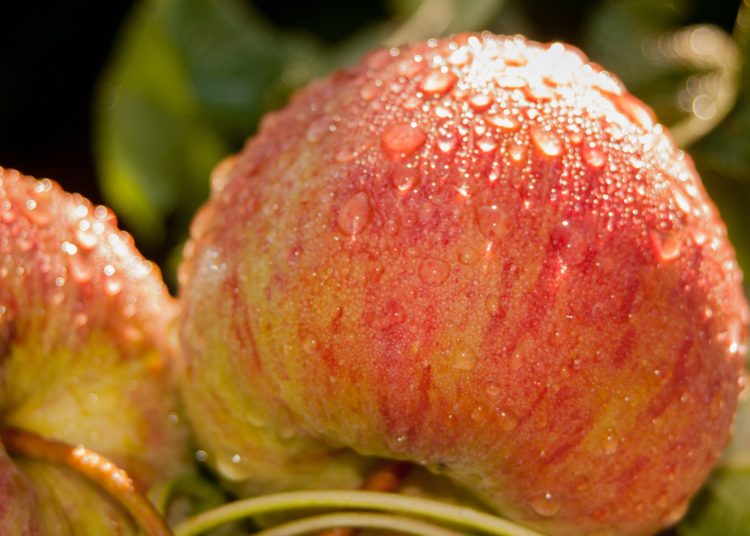 Photo by Adem Djemil on Unsplash

A new report suggests British consumers post-Brexit could be exposed to larger amounts of more toxic chemicals at the same time as farmers here face a double whammy of low-cost imports produced to a lower standard and the loss of access to the lucrative EU single market.

The Pesticides Action Network UK, a charity campaigning to tackle problems caused by the use and overuse of pesticides in agriculture, on Tuesday published a report: Toxic trade 2020, warning that trade deals threaten to water down UK pesticide standards.

Some of the key findings are that the USA allows the use of almost 50 per cent more of the number of ‘highly hazardous pesticides’ (HHPs) – a UN concept – than is presently allowed by the EU. Australia permits the use of twice as many.

Not only is the number of different pesticides higher, the amounts of those pesticides permitted by the EU are higher also.

American grapes, for example, are allowed to contain 1,000 times the amount of the insecticide propargite than their UK equivalents. Propargite has been linked to cancer and classified as a ‘developmental or reproductive toxin’, meaning that it can negatively affect sexual function and fertility and can cause miscarriages.

An Australian apple can contain 30 times the amount of buprofezin – an insect growth regulator classified as a possible human carcinogen – than a UK apple. And an American apple can contain 400 times the level of the insecticide malathion. Malathion has also been linked to cancer and can impair the respiratory system and cause confusion, headaches and weakness.

The environmental impacts of a drop in UK pesticide standards could also be significant. Huge declines in bee populations have been caused by highly toxic neonicotinoids, currently banned in the UK, which Australia, the US and India all permit. These countries also authorise pesticides known to contaminate groundwater and harm aquatic ecosystems, such as the herbicides atrazine and diuron.

The 48-page report paints an alarming picture of the tactics that overseas negotiators will try to use to water-down standards. US trade officials want the UK to commit to consulting with the US government and private sector before implementing any new pesticide regulations or bans.

The EU use what is known as the precautionary principle (PP) a theoretical underpinning of decision-making on pesticides and other chemicals. It allows regulators to adopt precautionary measures when scientific evidence about an environmental or human health hazard is uncertain and the stakes are high. The principle was used to ban neonicotinoids when there was evidence they were responsible for huge declines in our bee populations.

In contrast, many of the UK’s potential trade partners follow what is misleadingly termed ‘the science-based approach’. Under this approach, instead of a pesticide manufacturer having to demonstrate that their product is safe, regulators must offer a very high level of scientific proof that a product is dangerous. However, evidence of harms may not emerge for many years and, in the meantime, some of the negative effects caused – such as the development of malignant tumours or the extinction of particular species – may be irreversible.

According to an article in The New Statesman in April this year:

“The [precautionary] principle has been under attack, especially from influential right-wing think tanks close to governments in London and Washington, such as the Legatum Institute and The Heritage Foundation. The charge goes like this: the precautionary principle (PP) is anti-scientific; it implies the stifling of necessary risk-taking and, brought to its logical extreme, complete paralysis. Even greater dangers, harms and costs can be incurred by the failure to take risks. To put it more crudely, it is a perfect example of the pro-regulatory, anti-free enterprise dogma that many feel dominates thinking in Brussels.”

The New Statesman article however draws attention to the UK’s approach to the coronavirus pandemic which it argues was not precautionary because, “it relied on theories never tested in the context of a major public health emergency, rather than robust, practical measures proven to be effective (and recommended by the WHO).” The UK is presently the worst affected nation in Europe for coronavirus mortality.

A poll carried out as part of the Pesticides Action Network research shows high levels of concern among consumers, with 71 per cent of those surveyed worried that a US trade deal will mean larger amounts of pesticides in their food. Some 79 per cent are concerned about impacts to health if the UK government caves to US pressure to lower pesticide standards. And 77 per cent are worried about negative impacts on the environment.

‘In Yorkshire we enjoy world class food produced by our local farmers and businesses. I do not want to replace them with chlorinated chicken or pesticide-laden fruits. The Government must not bow to US pressure in the forthcoming trade talks to weaken our standards in order to sell chemical-laden US foods to UK consumers. It would damage our health, our farming industry and our environment. We must not let this happen.’

A one minute video outlining the issues can be seen on the Pesticides Action Network website. Click HERE to view it.