One of the more ludicrous aspects of the ongoing standoff between the government and the EU is the announcement by Michael Gove that, for reasons of “national sovereignty”, it will not countenance the EU having an office in Northern Ireland. 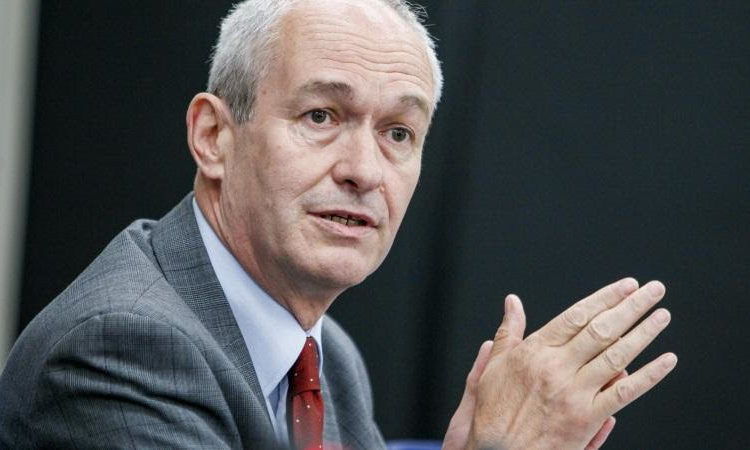 Richard Corbett, former Labour MEP for Yorkshire and the Humber

One of the more ludicrous aspects of the ongoing standoff between the government and the EU is the announcement by Michael Gove that, for reasons of “national sovereignty”, it will not countenance the EU having an office in Northern Ireland.

Yet, the USA has a fully fledged consulate in Northern Ireland. So do China, India, Poland and even St Vincent & the Grenadines. Why on earth should the EU be precluded?

All the more so, as the Brexit deal agreed in January (by Johnson, his government and parliament) requires EU-UK cooperation on trade and customs matters pertaining to Northern Ireland. Gove says that the EU can make “technical visits”, but travel from outside each time to do so. This is silly and petty.

Besides that, all Northern Ireland citizens (unlike those of the rest of the UK) retain an entitlement to EU citizenship and the rights that that entails, such as free movement within the EU and consular assistance abroad. Why should they be denied the facility of being able to access EU representation on their doorstep (just as they can now access American, Indian and Chinese representations there)?

You would have thought that there were more important issues to focus on, as both sides seek to settle outstanding matters before the end of the transition period, currently set for December. At the moment talks are deadlocked, with the UK wanting full access to the EU market but not willing to accept the level playing field rules that apply to that market (on consumer protection, environmental standards, workplace rights, and fair competition). Similarly, Britain wants continued access to European police data bases, but without committing to the human rights protections that go with it.

More articles on this subject:

Given our close proximity, the fact that half of what we export is to the EU, and the importance of European supply chains for our factories, you might have thought that these were the issues to focus on. But, no – annoying Ireland and the rest of the EU by silly disputes about who can open an office where, seems to be more important for this government.

The negotiations have been delayed due to Covid-19. Wrapping them all up by October (to leave time for the respective parliaments to ratify by the end of the year) is a tall order. But, foolishly, Johnson has rejected out of hand the possibility of extending the deadline. He wants to play the macho “we’re walking away, come what may” tune.

That’s also silly – and of far greater significance than the issue of an office in Belfast. Ending transition before reaching an agreement on what replaces our current arrangements would mean a sudden legal limbo, with our rights of tariff-free access to the European market (and much else) ceasing to apply overnight.

This is not a leave vs remain issue. We left on 31 January. It’s about our future relationship with our main trading partners, on which thousands of jobs depend. It’s about our security via continued police cooperation. It’s about participation in medical research programmes. It’s about transport links and much else.

Now is the time for the government to put aside its shibboleths and admit that a good deal for Britain requires a lot more work than it has been able to do during the coronavirus crisis.

Richard Corbett is former MEP for Yorkshire and Humber and former Labour leader in the European Parliament.