Javed Bashir writes about The Great Debate, Sky News' new debating programme, similar to Question Time, where panelists and viewers can debate topical issues. This week Javed virtually attended and there were hot debates about fuel and labour shortages. 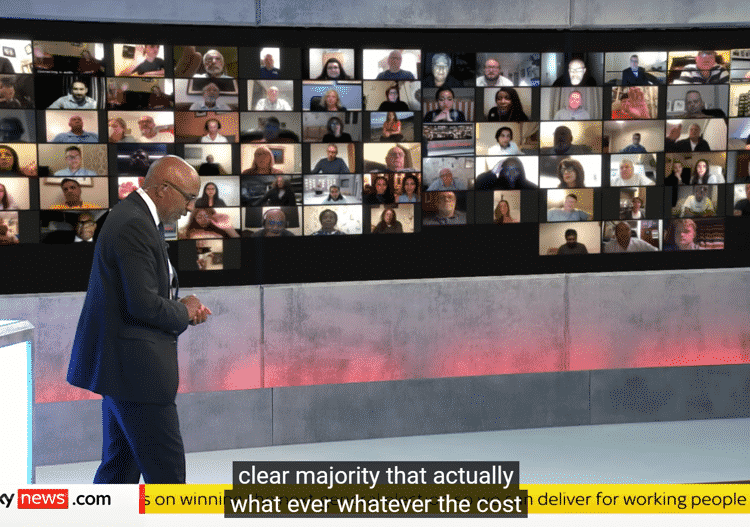 The Great Debate, image from Sky

The Great Debate is Sky News’s latest Question Time style debating slot on Monday evenings at 9pm, hosted by Trevor Philips. I was invited, or should I say I applied and was successful, to be a virtual audience member – which takes its inspiration from Gogglebox. As someone who is not a stranger to debating and holding senior figures to account, the format was all too familiar: audience members submit their details and questions in advance, and this is followed by a call by the production team to confirm participation.

The inaugural show’s theme was ‘Is Britain running on empty?’ Guests were the environment secretary George Eustice, chief executive of the Food and Drink Federation Ian Wright, former executive director at Ofgem Mary Starks, and Dale Vince from Ecotricity.

As you would expect with any debating platform, the production team and host have to decide the shortlist of questions posed to the panellists. The production team brief to the virtual audience was simple, listen to those on the panel being interrogated and react as you feel fit. On a digital wall of that size and the number of virtual audiences members (around 100), you are nothing more than a tile unless you are called to ask a question or called up to comment.

I decided to use a creative way of showing my responses by changing my virtual background to the Tardis. If I agreed with the answer from the panellists, I would change the background to green in strong support; if I didn’t, I would change it to red to oppose. This worked pretty well. A format the programme production team may want to consider for future shows.

After the show ended, the participants were allowed to stay tuned in and discuss their views on whether they agreed or disagreed on any aspect of the show. It got a little heated and some colourful language slipped in, but I’m glad the production team didn’t just kick us all out. After all, we wanted to have our say, having invested several hours in preparation.

Is Britain running on empty?

The question was based on several stories that had hit the news headlines running up to the show. These included labour shortages, fuel and food shortages, and both furlough and the universal credit uplift coming to an end. Maybe the appropriate question would have been, ‘Is this the end?’ A bit dramatic, I know.

George Eustace came out strongly in defence of the government, as you’d expect (being a Tory MP and government minister). He defended the government position – that the shortages have nothing to do with Brexit. He stressed that the HGV driver shortages are worldwide, and a large population of this profession have decided to leave their jobs for good.

He also pushed an odd line – that a large chunk of people have decided to become economically inactive. What is that all about? He was unequivocal about the end of furlough and universal credit uplift, claiming there are a million vacancies right now. The impression he wanted to leave was that the economy was doing great amongst the G7, and the labour shortage was somehow connected to the rebound of the economic recovery.

As you can imagine, my background was mostly red, as he attempted to mask many underlying issues. An audience member challenged him on whether frontline workers should be prioritised for fuel rationing. He wouldn’t directly respond and said that things would settle down and get back to normal.

Overall, his performance was pretty good and he managed to stave off a lot of the justified criticism the government is facing. After all, these issues were all flagged months ago in various circles, and the government did precisely nothing to avert the crisis. 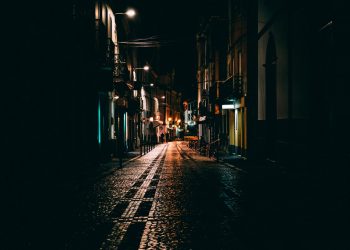 View from an energy provider and the regulator

Dale Vince from Ecotricity spoke passionately against the government for its failed leadership and for the UK’s lack of ability to produce its own energy. He was well versed in the subject, which you would expect as a representative of his energy business.

Interestingly, he stated that the root cause of the fuel shortage is that North Sea gas outputs are down, and an essential cable was shut down, that transferred electricity between UK and France. This shut down triggered the soaring wholesale prices. His main argument was that we are still energy dependent as a nation, and we should produce more of our own.

Mary Starks, former executive director at Ofgem, was the least involved in questioning. Her responses were short and swift, which was a shame as she could probably have offered a lot more. It would have been nice to hear from her about price caps, and whether she thought the consequences of fuel rationing and a suspension of competition laws would open the door for price-fixing for the fossil fuel industry. Another time perhaps.

The pandemic has sped up social change

Ian Wright, chief executive of the Food and Drink Federation, came across as a seasoned diplomat and was the most reasonable person on the panel. His answers were full and well placed, demonstrating the reality of what was going on.

He maintained that the pandemic has sped up the social changes that were already taking place, and stressed that the current shortages are not solely down to Brexit. He argued against cancelling the universal credit uplift just yet, simply saying that it was the wrong time. This was a view held by the majority of audience members too.

I’m already looking forward to tonight’s debate, which promises to be more vigorous. The question we’ll be asking is – are women safe on our streets? 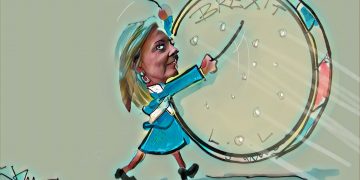 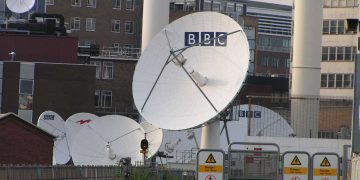 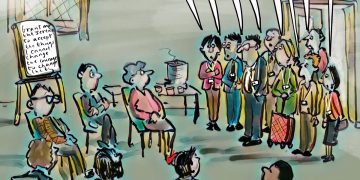 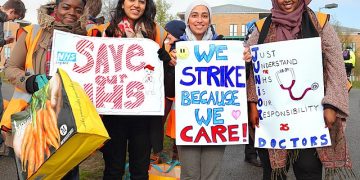 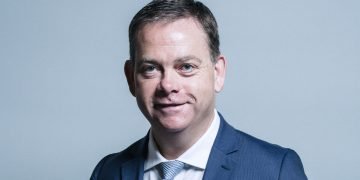 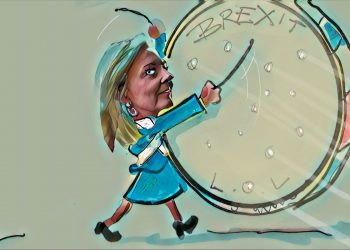 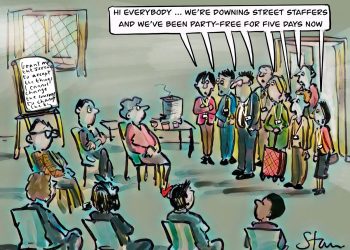