The government is in danger of being overwhelmed by Brexit

As we enter the final stretch with just five months to go before the transition period ends, and with a second wave of coronavirus already threatening Europe, there are growing signs that serious Brexit problems are beginning to overwhelm the government. 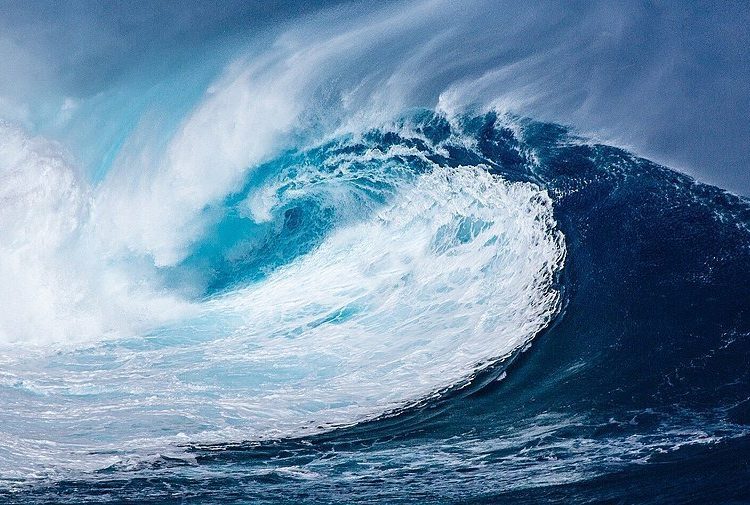 As we enter the final stretch with just five months to go before the transition period ends, and with a second wave of coronavirus already threatening Europe, there are growing signs that serious Brexit problems are beginning to overwhelm the government.

The workload is increasing as the time available to complete it is decreasing and there is a danger that the civil service will simply be overwhelmed. Former cabinet minister David Gauke tweeted with reference to an article by James Forsyth in The Times that the government is considering if it is indeed prepared to handle multiple crises at one.

Among many other issues is the question of new infrastructure which is looking increasingly unlikely to be finished in time. The ‘giant lorry park’ near Ashford has already created a furore in Kent and the locations of four or five other sites have yet to be revealed.

The BBC reported that construction work “began earlier this month”, with the government claiming commercial sensitivities meant it was unable to consult, presumably this was only about the purchase. The site is earmarked for warehousing but still needs planning permission, which could take months.

Michael Gove can hardly claim it is urgent when he has set an artificial deadline of 31 December this year, so I don’t believe emergency powers can be used to justify excluding local people from the normal planning process.

Now we learn that Hull has the same problem with officials at the Port Health Authority still in the dark about where two new border control facilities for imports on either side of the Humber estuary will be located.  One councillor described the changes as a “shambles”.

It is widely expected that Holyhead and other ports in Britain will also require new infrastructure of one sort or another. Ports at Larne, Warren Point and Belfast will be similarly affected but work has not yet started because Northern Ireland businesses are still waiting for details on how the Irish Sea border is expected to operate from next January. This is apparently still some “weeks” away.

Ordinary UK citizens in the province were recently surprised and very unhappy to learn that insurance green cards will be needed for cross border travel after January.

Eurotunnel is another huge issue that needs decisions very quickly. Unless there is an agreement, drivers will need to have two sets of qualifications to drive on UK and French territory. There is also the problem of agreeing common standards for the technical side of Eurostar operations such as signalling and so on.

Government plans to waive through EU goods imported via Dover and Folkestone for a temporary period to avoid shortages of food and medicines are being viewed with scepticism. Most trucks bringing food are EU registered and problems anticipated with getting correct customs paperwork for return loads mean many will probably choose to go back empty rather than suffer delays at the Channel ports.

This will drive up prices by potentially doubling the cost of transport.

A Confederation of British Industry survey this week shows that three quarters of UK businesses are concerned about the impact of a no deal exit from the EU single market and most have neither the time nor resources to prepare for it. The business lobby group also said its survey revealed some business preparation for the end of the transition period has actually gone backwards since January.

Industry, particularly farming and the care sector, are concerned about the new immigration rules that take effect from January, for recruiting workers from overseas. An article in The Grocer claims there is still a lack of information about the Seasonal Agricultural Workers Scheme. Recruitment usually starts in September for the 70,000-80,000 workers wanted for next season and growers need to know “sharpish” what the rules are.

And business is said to be “screaming” for clarity on the new UKCA certification mark which will replace the CE mark after December to confirm compliance with still unpublished British standards.

All of which seems to be forcing a new realism into British government thinking for the ongoing negotiations with the EU. According to EU trade commissioner Phil Hogan, our negotiators have in the past couple of weeks finally started to engage with the issues. This almost certainly points to a grudging acceptance that we do not hold all the cards and big concessions are coming.

Meanwhile, Matthew Parris in a nice article for The Times says what many of us have always thought. There is no ‘Goldilocks’ solution to Brexit, and no cherry picking.  Either you are so close to the single market you may as well be in it as a member, or so distant that your economy is permanently damaged and operating at a serious disadvantage.

@MatthewParris3 in @TheTimes Diary has had over 3,000 comments on his brilliant article below, and Brexiters’ previous optimism “has almost completely disappeared” @euromove #FBPE pic.twitter.com/B11qr6jAKg

Parris says the EU is slowly “herding Britain to satellite status” and thinks we are headed for a close relationship, but following EU rules voluntarily. Personally, I doubt that it will be voluntarily but the main thrust of his argument is right.

If this is correct, it creates a new and perhaps bigger problem for Boris Johnson. The ERG and hardline Brexiters in the Tory party will turn on the prime minister, as they have on every Conservative PM since Margaret Thatcher.

The Centre for Brexit Policy think tank has published a paper calling for the Withdrawal Agreement, which they describe in typically lurid fashion as a “poison pill”, to be scrapped. The CBP paper counts among its authors many of the luminaries of a hard Brexit. Men like Bill Cash, Owen Paterson, Sammy Wilson and Robert Tombs. John Longworth is its director general. The group says that the UK needs to “suspend and terminate the arrangement” and replace it with a “sovereignty compliant agreement”.

If they are unhappy with the Withdrawal Agreement, the slightest suggestion of betrayal on fishing or following EU rules – even voluntarily – will tear the Conservative Party to pieces.

“The GMO lobbyist will see you now, minister”