Brexit has made freedom of movement for EU citizens looking to work in the UK more difficult which has led to staff shortages. 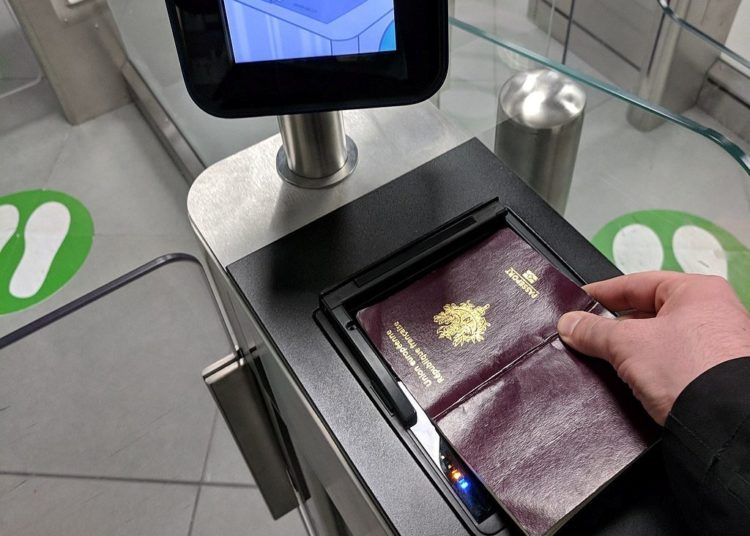 Freedom of movement was always the most personal right won through EU membership. It made EU citizenship feel real, the thing that meant we could – almost – get on a plane to Spain and not worry about whether we would ever need to come back. This was never entirely true – it was always freedom of movement for labour – but it felt true.

For many it is the thing they personally grieve as the last months of freedom of movement drift away in lockdown and our horizons shrink, for now because of a virus but all too soon because of what will be savagely curtailed rights. Britons will become the only people of a major European country without rights enjoyed by hundreds of millions of our peers.

The counterargument is that there are just as many Britons who will be thrilled. Ending it has been held up as a totem by Brexiters. Admittedly this has largely been framed in terms of our renewed ability to prevent other European people coming here rather than our loss of rights, but the story they tell is of a nation desperate to pull up the drawbridge.

The reality has always been more complicated, all the more so since Covid-19 made our dependence on migrant NHS and care staff so brutally apparent. Even before the virus a clear majority supported continued freedom of movement, before and after the Brexit referendum. YouGov found in November 2019 that 56 per cent of Brits wanted it to continue. Nor are these just the usual suspects – in January 58 per cent of Conservative voters were in favour.

If freedom of movement is so popular why do the government and Brexiters try to claim the opposite? The results pollsters get depend very much on how the question is asked. Britons, as we have discovered with Cummings’ lockdown breach, are highly motivated by fairness. We are of course not alone in this.

Pollsters use this fact and many others to get the results they want. NatCen in 2017 stated that 68 per cent of people were against freedom of movement when they asked whether people wanted to ‘treat EU immigrants like non-EU immigrants’. This appealed to people’s fairness and got a high yes vote.

If movement is so popular why are the government so keen to bring it to an end? In part it is because it is a tangible change from Brexit and, at least for a minority (who happen to be the Conservatives’ core vote), can be presented as a benefit. Brexit has no true benefits, which is why the loss of rights has to be painted up as one, and why blue passports – meaningless at the best of times and an insult when combined with the loss of freedom of movement which so radically reduces their value – have been crowed over.

The end of free movement also allows the government to introduce their points-based immigration system. The prize is the ability to say that they will in future have control over who comes into the country, something that will only become fact in the unlikely event that they invest in far more border security guards.

The irony is that freedom of movement came with controls. As with so much in the EU, migration was already two tier. Countries like France, Germany and Spain are in the border-free Schengen area, which abolished internal border controls between its members. Freedom of movement as followed by the UK allows movement to work and study but borders remain in place. There is no automatic right to entry or to stay.

The immigration debate in the UK was not helped by the fact that the distinction between Schengen, which we were never a member of, and freedom of movement was never made clear. Freedom of movement for work or study was demonised as being the same as Schengen by those with a vested interest in heightening its unpopularity.

The distinction matters. Under freedom of movement the UK has always had the right to prevent people coming to the UK for any reason other than work or study, and to ask people to leave if they were not doing one or the other after a set period. Other EU nations keep track of who is coming in and out of the country and impose time limits, for example on job seekers, after which they must return home if they are unsuccessful in their search. The UK never put such systems in place, largely because we don’t have enough Home Office staff. Had they done so, fears over freedom of movement, such as they were, may have subsided.

By the end of 2020, barring an unlikely extension to the Brexit transition, freedom of movement will be over for Britons and for EU citizens who want to come to the UK. We are beginning to wake up to the implications for our economy and public services. The papers are beginning to report on panicked farmers who cannot find the staff they need to bring in crops. We are all acutely aware of the high numbers of EU NHS and care home staff, without whom our lives would be at even more risk.

When we emerge from lockdown we will begin to realise the rights we have lost. However hard the coming recession the door will be closed to Britons who might have sought jobs abroad if it is as bad as feared. Parents and grandparents will share younger family members’ sadness when they become the first year group for a long time that will have no right to study abroad, to take a winter working the ski slopes or a summer working in a Mediterranean bar.

The scale of the loss – the personal tragedies as well as the implications for public services and the economy – suggests that the end of freedom of movement is temporary. It does not have widespread public support. The door is open for Labour to make the case for reciprocal freedom of movement – doubtless rebadged – at the next election, knowing that it would chime with public opinion. It would at the least be a significant motivator for young people, who are in the majority Labour-inclined but as with the rest of us need a simple answer to the question of ‘what’s in it for me?’ when deciding whether to turn out.

For now, the end of freedom of movement is one tangible example of the loss of Britain’s status as a leading country. Once at the centre of European politics and driving the agenda, as we did when we led the creation of the Single Market, we are slipping into irrelevance. The implications are huge, all the more so in the dangerous economic times we are about to enter.

History suggests that this will be temporary, and that we will recover our nerve. When we do it will not be a moment too soon.