The Daily Express has suggested that the EU is about to offer huge concessions on fishing rights but these claims are jingoistic. 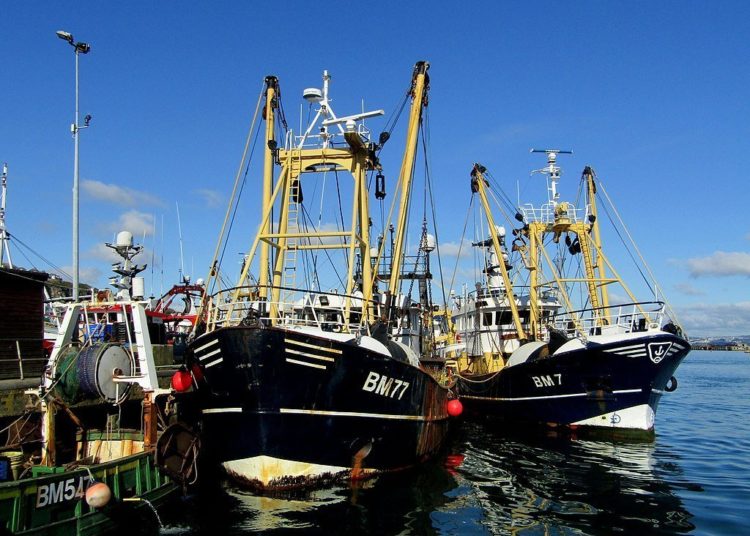 The Daily Express has for a long time had the reputation as the newspaper for a parallel universe. For several days they have been suggesting that the EU is about to offer huge concessions on fishing rights in order to help reach an agreement on trade with the UK. The headlines have been increasingly jingoistic.

The EU mandate and Michel Barnier have always been clear: without a long-term agreement on fishing which upholds existing rights there will be no trade deal. So these reports by the Express have always seemed like much of their Brexit coverage – and not to put too fine a point on it  – at odds with reality.

Never ones to understate anything, the Express sub-editors added: BRITISH negotiators could seal their first major victory in the trade talks with the European Union as the bloc prepares to offer concessions on its “maximalist” fisheries demands.

Which I must say came as a bit of a surprise to me and I assume to many others, perhaps even to the EU itself who didn’t seem to know anything about it. In the early afternoon, Tony Connelly, the much-respected Europe editor for RTE tweeted:

Update on reports that the EU is prepared to drop its “maximalist” approach to fisheries, a sector which is proving a key stumbling block in the future relationship negotiations (remember, the EU has said if there’s no fisheries deal, there’s no free trade deal…)

In the ensuing Twitter thread Connelly explained that the issue is over Britain’s insistence on using a methodology known as ‘zonal attachment’ to replace the existing quota share-out system, known as ‘relative stability’.

He said that Barnier, the EU’s chief negotiator, was to hold a video conference with the fishery ministers of the group of eight fishing member states, including Ireland. The ministers were expected to “bluntly tell Mr Barnier that he must stick to the mandate which member states gave him at the outset, namely that EU vessels should continue to enjoy the same access to UK waters as they did under the Common Fisheries Policy”.

On 15 May, Barnier apparently told a news conference there had been some movement on fisheries. Zonal attachment (ZA) was “one element” in a possible solution, he said, but not the “only element”. Some, including the Daily Express, saw this as a signal the EU was going to compromise on the issue.

ZA is apparently devilishly complicated. The UK believes it would restore much more quota to UK vessels in British waters, but some member states regard it as a ‘quota grab’ dressed up as science. More than that, Connelly’s EU source says the science isn’t there to provide the kind of data the UK is referring to. ZA is already being discussed in Brussels but it has taken years of talks on mackerel quotas alone, with no agreement yet, and the EU and UK share over 100 different types of fish. It could therefore take decades, but we are still insisting on it.

In the interim, between Barnier’s tentative offer on 15 May and today, the mood among member states has hardened, not least because of David Frost’s letter of 19 May, which was seen by many as inflammatory.

The EU member states largely accepted the draft negotiating mandate drawn up by the European Commission in January. However, they made the language on fisheries in the final mandate even tougher – something Connelly was told the EU’s chief negotiator was to be reminded of in the video conference yesterday afternoon.

Adding to the pressure, the EU fisheries committee has adopted a resolution that “no comprehensive agreement can be concluded between the EU and the UK if it does not include a complete, balanced and long-term fisheries agreement, allowing the continuation under optimal conditions of access to waters, resources and markets of the parties concerned.”

Ireland fisheries minister Michael Creed has told @rtenews that during today’s video call @MichelBarnier told EU fish ministers he would stick “rigidly” to the negotiating mandate given to him by member states (ie, continued access to UK waters for EU fleets and vice versa)

At 6:42 Barnier himself confirmed it:

We confirmed that there will be no FTA without a level playing field & a balanced, sustainable, long-term solution on fisheries ?

The Daily Express then back-tracked but took an entirely different view of what had happened. At 19:17 we got this: EU civil war erupts: States furious as Barnier poised to surrender to UK on Brexit deal with a story that claimed Barnier was “under pressure not to surrender to Britain too early after it emerged the European Union’s chief negotiator was preparing for a significant climb down in his fisheries position.”

It still appeared to claim Barner was preparing a “significant climbdown” and that he was under pressure “not to surrender too early”.  But the report made it clear:

“The Frenchman was warned by the bloc’s most influential fisheries capitals that he must continue to demand status access to Britain’s waters as part of any post-Brexit free-trade agreement. They said he must “uphold existing reciprocal access conditions, quota shared and traditional activity” for European trawler men.”

It’s hard to fathom what befuddled Express readers are to make of it all. But in Brexitland many are in for an unwelcome surprise.