A group called ‘Save British Farming’ – representing farmers, consumers and members of the food production industry – is calling on farmers and supporters of upholding food standards to drive their tractors, trucks and cars to Westminster on 8 July, to protest the agriculture bill that is currently going through parliament. 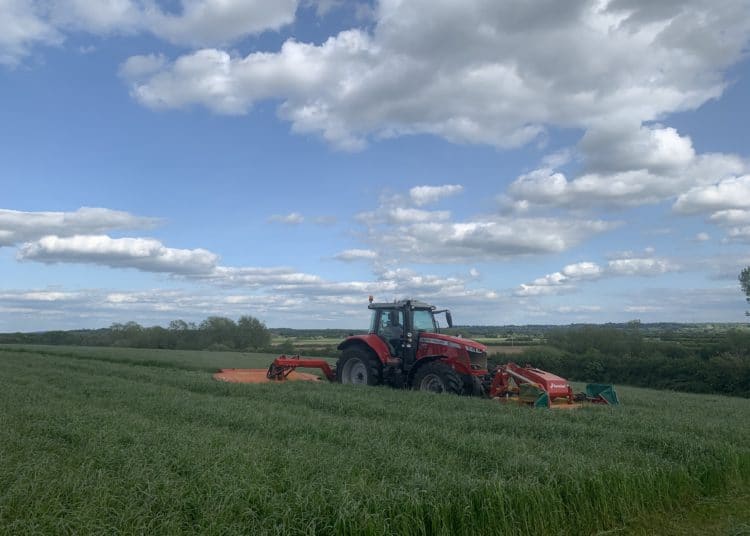 A group called ‘Save British Farming’ – representing farmers, consumers and members of the food production industry – is calling on farmers and supporters of upholding food standards to drive their tractors, trucks and cars to Westminster on 8 July, to protest the agriculture bill that is currently going through parliament.

The group says, “The government is selling British farmers down the river. This July they want to pass an agriculture bill that will ditch UK animal welfare and environmental standards for farm imports, flood the market with cheap, low-quality food and destroy Britain’s world-class farming industry.”

The agriculture bill reverses many of the promises made by the Vote Leave campaign during the referendum, as well as manifesto commitments made by the Conservative Party during the general election. Lowering food standards, animal welfare standards and environmental standards – or pricing British farmers out of the market – was not what voters were led to expect.

It is a significant that a National Farmers’ Union petition has now breached one million signatures. Thanks to this petition gaining support from celebrity chefs Jamie Oliver and Jimmy Doherty, the media attention has ensured more people are waking up to the realisation that our world-leading British food and animal welfare standards really are under significant threat.

A recent YouGov poll shows that the will of the people is very much against lowering food standards – an overwhelming 80 per cent of Britons say we should not accept lower-quality food imports as part of a US trade deal. However, as the government has taken absolutely no notice of recent petitions with similar backing – one of which achieved in excess of 6.5 million signatures – optimism for any imminent change of tack soon fades.

There are only about 138,000 farmers in the United Kingdom and it is widely suggested that most farmers are traditional Conservative voters. As the Conservative Party holds safe seat majorities in the shires and has largely been on side with the likes of the Countryside Alliance, it’s hard for some to accept the reality that the government really are legislating to allow the imports of lower standard products that will decimate rural communities and their traditional voter base.

The draconian first past the post voting system has delivered a large majority for an authoritarian government with only 45 per cent of the votes. This Vote Leave government is driven by a top-level agenda to centralise power further and end what it sees as the annoyance and inefficiency of democracy. Boris Johnson’s attention to detail is largely absent, above all in respect of logistics and supply chain considerations, and most alarmingly, he appears not open to any form of debate or discussion, nor is he willing to admit errors of judgment.

But nobody voted to decimate British food standards.

The Conservative manifesto pledged to uphold food and animal welfare standards. The 26 per cent of the population that make up the slim majority of those who bothered to vote in the 2016 referendum did so largely for protectorate reasons; they were looking inwards and wanted to eliminate the competition of foreign imports altogether. But it is now becoming increasingly clear that the government intend to do the exact opposite.

The belief that Brussels was making decisions for the British people was a major motivating factor for the Brexit vote – to take back control so we can do it the “British way which is better for the British people”. Now we have a government elected by less than half of the British electorate betraying its voters on the most basic manifesto pledges and the country is unable to stop them.

The irony is that, had we still been in the EU, there is facility called a European citizens’ initiative (ECI) which is a mechanism of direct democracy, ideal for the issues that now plague our British farmers. An ECI could have called on the European Commission to propose new laws and on reaching the threshold of a million signatures, the Commission would have decided what action to take.

But we’re no longer in the EU. And our government ignores our petitions. So on 8 July tractors will be filling the streets of Westminster in a demo that parliament may find harder to ignore.

More information on the ‘Save British Farming’ demo on 8 July is available via their ticketing website, where you can also register your intention to attend. Or you can support them via their crowdfunder HERE.