Olivier Trouille, who has dual nationality, looks at what options UK citizens have for maintaining freedom of movement. 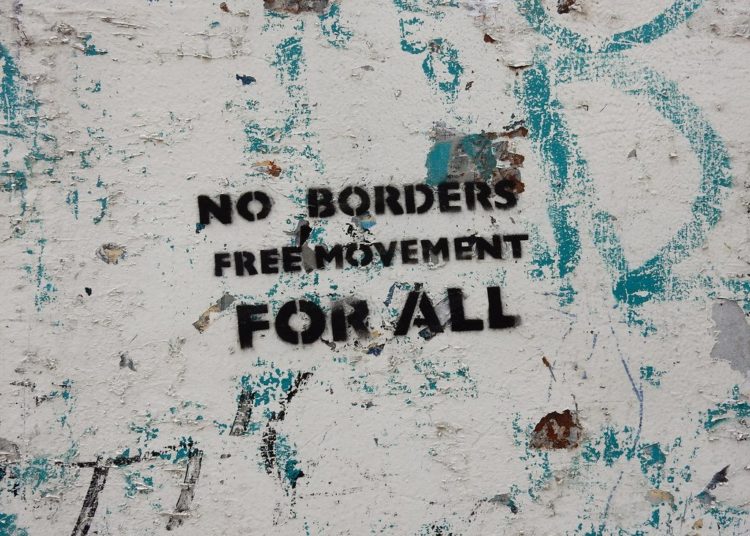 "No borders, free movement for all" by aestheticsofcrisis is licensed under CC BY-NC-SA 2.0

Born and raised in the north of England, I first exercised my right to free movement as a newborn baby in 1992, when my Franco-British family spent some time in northern France with the extended family.

From a young age, I was aware of an English resentment that some of my compatriots had towards other nationalities. At school I was ‘the French kid’ (and other creative nicknames) but known as ‘the British guy’ everywhere else in the world.

My Eurosceptic grandfather often reminded me of how lucky I was to be a dual national, but back then, I found this hard to believe. My mixed heritage wasn’t something I liked to show off, but I’ve since learnt to embrace it thanks to the many opportunities it has brought.

The freedom to study and work abroad

My British mother and French father taught us the pleasures of travelling, which led me to study languages at university, aiming to expand my geographical horizons.

At that time, before their final year of study, language students participated in a year abroad on the Erasmus scheme: a student and apprenticeship EU initiative that Boris Johnson promised in January 2020 wouldn’t be affected by Brexit, before pulling us out just 11 months later.

I taught English as a Comenius language assistant at a secondary school in Portugal, and the following semester I studied translation and literature in Spain. This was the first time I was away from England for more than a couple of weeks, having to immerse myself into another culture just to get by.

It was daunting; I missed my family, the countries were unfamiliar and I constantly worried about embarrassing myself in everyday speech. But once I was over the first hurdle, regained some confidence and made some friends, life abroad felt like a walk in the park, and was a wonderfully rewarding experience.

After graduating, my first job was for a manufacturing company based in Yorkshire, exporting goods to other EU countries. I got to travel regularly and visited clients across Europe, building on my cross-cultural communication skills. A three-part masters in international business, split between France, Spain and the UK then followed.

Nowadays I live in a legal cohabitation with my Canadian partner in Belgium, a right I can enjoy under free movement. My dual citizenship has allowed me to study and work throughout Europe without any bureaucratic constraints, and will surely come in handy when I eventually retire.

What can UK citizens do to regain these freedoms?

UK citizens with heaps of cash can find a way of buying their freedoms back, perhaps by investing in Cypriot or Maltese properties and effectively purchasing an EU passport. This has been done by Russian and Asian billionaires, as well as Conservative Party donors Alan Howard, Jeremy Isaacs and David John Rowland, but is sadly an unrealistic option for the vast majority of us.

In fact, the European Commission last year launched infringement procedures against countries offering so-called ‘golden passport’ schemes, as they are incompatible with the EU’s principle of sincere cooperation. So passport shopping will no longer even be a viable option for the privileged.

Those of us lucky enough to have a grandparent born in Ireland can apply for Irish citizenship, which many have already done. Latest figures show that more than 420,000 Irish passports have been issued in Britain since the referendum.

And thanks to the common travel area, Brits also have the option of moving to the Republic and applying for citizenship after five years of residency. But this is sadly impossible for many with family and work commitments in Britain.

That said, by 2017, just one year after the referendum, the amount of British citizens living in Ireland had more than doubled from the numbers recorded back in 2011, and these figures continue to grow. Prior to the pandemic, the number of Brits applying for Irish citizenship had increased by over 40 percent.

A fun option is to get on a dating app and marry the first EU citizen you find; after all, there are three million of them to choose from, spread up and down the UK. This already appears to be the case for some Brits living on the continent, now getting married to their European partners much sooner than originally planned.

All jokes aside, this very much depends on the nationality in question. While some countries offer citizenship as a right by marriage, others don’t. Some won’t even allow dual status, and you may have to renounce your UK citizenship … so check before you swipe right!

Employment visas are available to those wanting to work abroad, and are more likely to be granted if you speak another language and work in a specific sector, such as ICT, finance or tourism. Consider also the option of short-term international placements, such as those offered by the British Council, who tend to provide financial support, accommodation advice and guidance on student visa applications.

The British government’s replacement to Erasmus – the Turing scheme – will sadly provide nothing like the equivalent in terms of opportunities for UK citizens. Rather than benefitting from the long-lasting partnerships and reciprocal arrangements that have been built up under the EU-funded Erasmus programme, Turing will be a pale imitation.

The right to move freely

In the meantime, keep putting pressure on politicians, as the terms of the current Brexit deal can still be significantly improved. In the future, the UK may have the chance to join EFTA, or even rejoin the single market, and of course, one day we’ll have the opportunity to rejoin the EU. So writing to MPs, signing petitions and campaigning for these freedoms is hugely important, now more than ever.

I now realise how lucky I am. Even though my dual nationality caused me some grief growing up, it has now provided me with a competitive advantage. My French passport is my ticket out of ‘Global Britain’, while my British passport slowly gathers dust. My dual citizenship is who I am, and I wouldn’t trade it for anything.

Born into a bilingual Franco-British household and raised in West Yorkshire, Olivier has always wanted to discover more on what the outside world has to offer. Having worked and studied in six European countries, his goal is to uncover all the he can on the benefits of EU membership, from its investment programmes to development schemes to citizens’ rights and freedoms, and promote this to his friends and family back home.