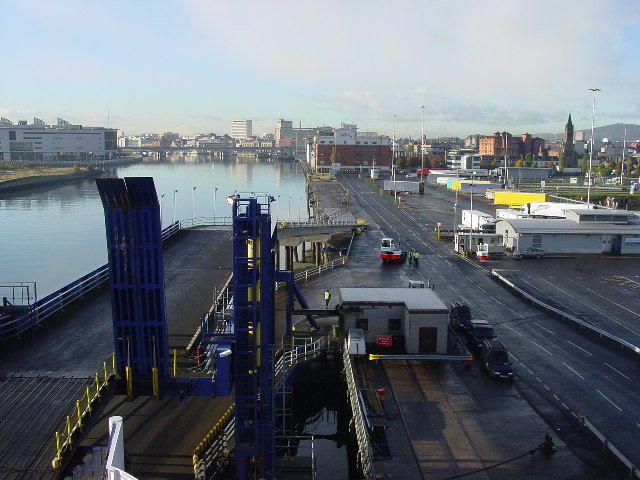 The bad faith behaviour that has characterised the UK government’s handing of the Northern Ireland protocol (NIP) is revealed in a report by Tony Connelly, Europe correspondent for the Irish broadcaster RTE, and raises fears that the clock is being turned back to the trilemma of 2017.

After agreeing the protocol in 2019, the UK government effectively washed its hands of responsibility for implementing the terms. That was transferred to the power sharing executive in Stormont, where DUP agriculture minister Edwin Poots set out to deliberately undermine a policy that Connelly says was “politically toxic for the DUP, which, of course, was virulently opposed to the Protocol”.

On 2 October 2019, as a way of avoiding a catastrophic no deal Brexit, Boris Johnson himself proposed a border in the Irish Sea so that (our emphasis), “Agri-food goods entering Northern Ireland from Great Britain would do so via a Border Inspection Post or Designated Point of Entry as required by EU law.”

This led directly to the Northern Ireland protocol being agreed later the same month and to the UK government updated policy paper in May 2020: The UK’s Approach to the Northern Ireland Protocol. This declared that “Expanded infrastructure will be needed at some of these sites [Belfast Port and Warrenpoint Port] for the purpose of agri-food checks and assurance”.

This gave some reassurance to the European Commission who had been watching in early 2020 “with growing disbelief” as UK ministers, including Johnson, dismissed talk of an Irish Sea border or documentary checks.

But months later, when it came to putting out to tender contracts for that expanded infrastructure, Poots attempted to stop the process, placing him at odds with his most senior civil servant, Denis McMahon, permanent secretary at the Department of Agriculture, Environment and Rural Affairs (DAERA).

In September 2020, McMahon told the Stormont agriculture committee he was absolutely required to comply with the law and added:

“Because we’ve been put in an impossible situation as a result of the wider politics around this, we find ourselves having to navigate our way around this process.

“I am accountable to the minister generally, but, in this case, I am acting against the minister’s wishes.”

The position of Poots’ senior civil servant was strengthened by the Northern Ireland executive having already taken a collective decision in May for the border control posts (BCPs) to go ahead, but he sought legal advice from the Northern Ireland attorney general Brenda King about the lawfulness of the instruction from Poots.

Before the legal advice came back, Poots was overruled by DEFRA in London. George Eustice, the environment secretary, wrote a letter ­– not to Poots himself but to Denis McMahon his permanent secretary ­– ordering the tender process to go ahead.

“My view is that it is now the role of your department to procure the facilities for agri-food checks without delay”, wrote Eustice. Notably he did not apparently use powers he had to compel Poots to act, thereby dragging civil servants deeper into a political issue.

A few days later in September, Northern Ireland’s attorney general confirmed that the executive decision on 20 May 2020 to proceed with the BCPs stood, and that “everything flowed from that decision”.

Work was quickly started on the BCPs, but in some cases only allowing for portacabins because of the tight timescales.

On 17 December, the chief vet Robert Huey told the Northern Ireland agriculture committee there had been “a heroic [effort] by Mark Livingstone [director of Brexit operational readiness] and his team and, indeed, the contractors to get there on time”.

He spoke on the same day that Michael Gove and EU Vice President Maros Šefčovič reached an agreement providing for a three-month grace period, narrowly avoiding a cliff edge, then just two weeks away.

This meant traders were not required to complete export health certificates on a range of food products destined for supermarkets, and a lifting of the ban on chilled meats (sausages, mince etc) for six months.

But the grace period was in exchange for the UK promising a labelling system to show that products destined for Northern Ireland were not to be marketed for sale across the border, something which is still not in place more than a year later. 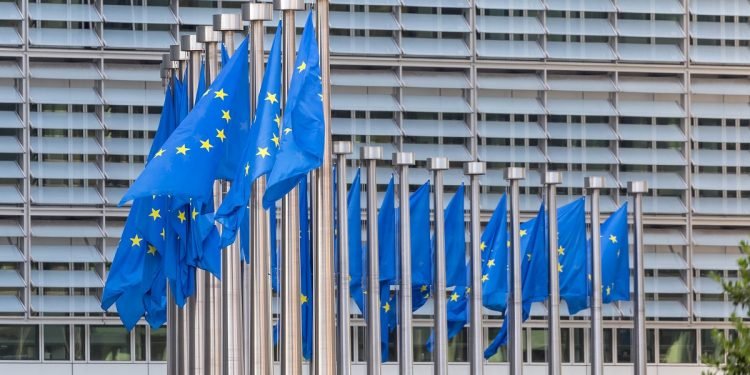 Recruitment of border officials was blocked

Although temporary infrastructure was ready in time, the staff were not because Poots then placed a block on any further recruitment in February 2021. When the EU carried out an audit in June, apart from many other shortcomings, the auditors found chronic understaffing. Almost 60 percent of veterinary posts were unfilled, the Food Safety Authority needed an extra 56 environmental health officers, and DAERA said 20 plant health inspectors and six administration staff were still needed.

The highly critical auditors’ report found the border check facilities originally proposed by Johnson two years before were “not fit for purpose”. Dated 4 October 2021, the report was not published unto 28 January 2022.

When Poots, at the beginning of February 2022, threatened to stop checks altogether, Foreign Secretary Liz Truss told the Belfast Telegraph that London would not intervene and said it was a “matter for the [Stormont] executive” to decide, raising belated alarm bells in Brussels.

A few days later, Poots carried out his threat and instructed McMahon to halt what checks were being carried out. But the civil servants ignored the order, which was then quashed within days by a high court judge, Justice Colton.

According to Connelly, there is now a belief among some diplomats in Brussels that the UK shrank from triggering Article 16 of the protocol in November, when it became clear that the EU could respond with serious trade sanctions, even a trade war. But the collapsing institutions in Northern Ireland and a toxic election campaign on the horizon means, according to Connelly, the state of turmoil is enough to ensure the checks are still not being carried out and everything remains up in the air.

The turmoil is playing into the hands of the UK government, achieving the same result as triggering Article 16 without the risk of a damaging trade war.

Meanwhile, the DUP is being criticised for claims that the protocol is costing businesses in the province £2.5m per day, after it was revealed that the assessment involved just four businesses. Also it was not sourced from the Northern Ireland fiscal council, as DUP economy minister Gordon Lyons had claimed.

“We’re basically back to the trilemma of 2017. Except now it’s worse, because at that time there was more trust that the UK government was actually trying to do something in the interests of Northern Ireland.