No-deal Brexit may be best for Boris, but not for Britain

The latest Best for Britain report published in October 2020, makes it near impossible to find anything positive about Brexit. 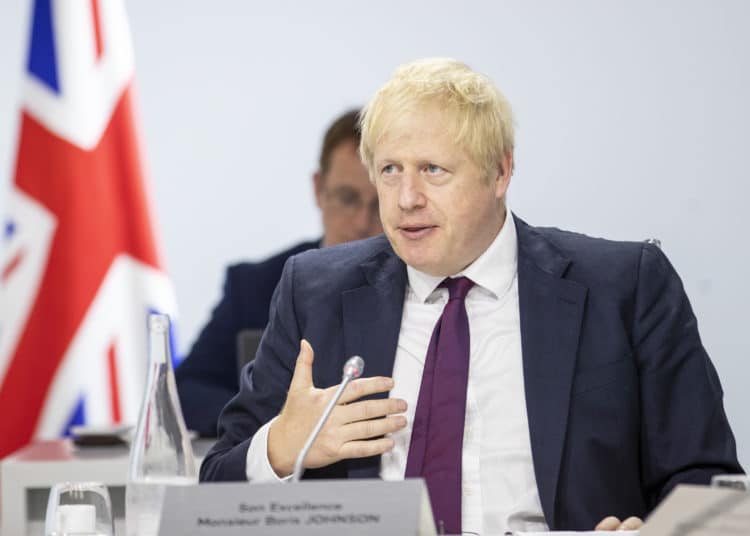 While it could be argued that any rational prime minister would have requested an extension to the transition period in July 2020, so that Britain could avoid the double-whammy of Brexit and Covid-19 in winter 2020, I suspect Boris Johnson is content to proceed with no-deal Brexit. This is because it may benefit those who have sufficient funds to profit from the UK’s Brexit-related turmoil, including a handful of Conservative Party donors and ‘leave’ supporters, but it is likely that ‘working families’ will suffer.

The latest Best for Britain report – Britain in 2021: A domestic impact assessment of the UK after exiting the transition period – published in October 2020, makes it near impossible to find anything positive about Brexit.

The executive summary of that report concludes:

‘‘Whether the UK ends its Brexit transition period at the end of 2020 with a Free Trade Agreement with the European Union, or fails to agree such a deal, introducing a new trade relationship with Europe from 1st January will have a negative impact on the UK economy, which will simultaneously be experiencing a coronavirus induced downturn”.

The report reinforced several fears I have; in 2019, I referred to analysis which indicated that the impending recession from Brexit would be worse than 2008 (Robinson, A. Brexit A2Z: Facts Not Fiction 2019). The recession triggered by Covid-19 has been described as “the deepest recession since World War Two” and no-deal Brexit has provoked fear that the impact on the economy “could be two to three times as bad as the impact of Covid-19”.

In response to the prime minister’s warning on 16 October 2020 for business to prepare for no-deal Brexit, the director-general of the CBI (Confederation of Business Industry) Carolyn Fairburn said, “A deal is the only outcome that protects Covid-hit livelihoods at a time when every job in every country counts.”

The negative impact on the supply of food and medicine that Brexit poses – through leaving the European customs union and single market – was foreseeable and therefore entirely preventable. This is most likely to impact on people who are already living with food insecurity as “the UK gets about 30 percent of its food from other EU countries (a further 11 percent via deals done by the EU with other countries), so any serious disruption to the trade flow in food would have major consequences”.

It is also foreseeable that the NHS will face increased pressure from a no-deal Brexit when it is already struggling to cope with Covid-19; Sam O’Grady highlighted in The Independent on 17 October 2020:

“If, however, there is a no-deal Brexit, with added chaos, and the NHS and testing systems cannot cope with the coming surge in cases and hospitalisations, the effect on the economy – jobs and investment – could be more dramatic still in the short term, and longer lasting”.

Considering that “the UK buys 350 million packages of medicines from other EU countries each year, including all of the insulin used to treat people with diabetes in the UK”, the government’s commitment to no-deal Brexit exposes people who rely on those medicines – over 1 million people rely on insulin – to harm and, in some cases, possibly death. Protection of human life and the welfare of British citizens requires a deal which includes at the very least single market membership.

There is no support for no-deal Brexit

In their 2019 manifesto, the Conservatives stated: “Our deal is the only one on the table. It is signed, sealed and ready. It puts the whole country on a path to a new free trade agreement with the EU”. To commit to a no-deal Brexit would be a betrayal by the Conservatives of their own manifesto and I would argue it would also be against what Britain has voted for.

The UK government’s introduction of the internal market bill – rejected by the Lords on 20October – sought to breach the UK’s own agreement with the EU. There is therefore an indication that the UK is not acting in ‘good faith’ which is a standard requirement in any professional negotiation, but also required in the UK-EU negotiations. However, it is plausible that Johnson did not comprehend the complexities of his own deal and that Parliament did not know what they were voting for when they approved the ‘oven-ready deal’ in 2019. Plausible, but unlikely.

The best deal was the one we had: being a full member of the EU. I strongly suspect the government knows that. However, the UK left the EU in January 2020 and we are now in the transition period and, unless the UK immediately applies to re-join the EU, full membership is off the table – at least for the foreseeable future.

If we accept that the UK legitimately left the EU in January 2020 (this article that David Wolchover and I wrote contains an alternative view) then the only logical way to mitigate the economic loss and the disruption to trade and services (which includes medicines and food), would be to agree a free trade agreement with the EU that includes membership of the European single market and customs union.

The need to retain these memberships was reiterated by the Green Party on 15 October 2020 (the ‘Green’ deal). It is not solely no-deal Brexit that exposes the UK to harm, and the Green deal would have minimised the impact of every version of Brexit. It is still the most rational way forward, therefore I suspect it might take a while to convince the prime minister to adopt it!

Amanda Robinson is a barrister and accredited mediator at the Great Russell Street Chambers in London. She is a member of Clerksroom Barristers and Mediators and is the author of Brexit A2Z: Facts Not Fiction.