It’s weird how the prime minister constantly has to refer to ‘this country’. When other leaders do press briefings, they don’t keep reminding their people about the alleged greatness of their nation. 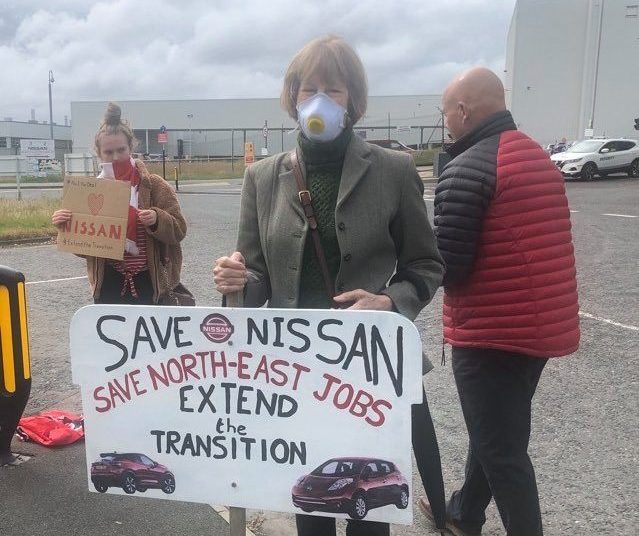 It’s weird how the prime minister constantly has to refer to ‘this country’. When other leaders do press briefings, they don’t keep reminding their people about the alleged greatness of their nation. One wonders whom he’s trying to convince. Himself? The public isn’t fooled; in fact, it’s pretty fed up and angry.

Even the farmers are mobilising for a demo next week. It’s true that some of them happily displayed pro-brexit posters in their fields adjacent to motorways, but equally some helped Led By Donkeys with iconic anti-brexit ploughed field artistry that could be read from space. The proportion who voted for Brexit was roughly the same as the national vote – 52-53 per cent. The National Farmers’ Union opposed Brexit and their food standards petition looks likely to reach 1m signatures later today. Farmers are standing up for us all against the might of corporate interests and quick-buck shysters out to fleece us.

The doctors, nurses, care home staff and frontline workers aren’t happy either. Dr Pimenta resigned from the NHS this week in protest at Mr Cummings still being in office. The Confederation of British Industry came out on behalf of business to underline lack of resilience to no deal. The hauliers have highlighted impending border and customs control mayhem, supply line disasters and the impossibility of feeding the nation come January. Office for National Statistics figures highlighted a 20.4 per cent drop in gross domestic product in April and revealed even worse figures on a sectoral basis.

Our friends in the north, meanwhile, took to mounting a protest outside Nissan’s Washington factory in Sunderland. The North East is the worst affected Covid-19 area in England at the moment, but the Nissan protest showed how to make a point while wearing masks and observing the six-person and social-distancing rules. The workforce drove in and out honking support. Some 7,000 risk being unemployed if Nissan goes, and thousands more down the supply line.

Nissan had government sweeteners to stay, at least until four or five years after the end of the transition period, yet still it has warned an apparently deaf government of impending disaster.

It’s been hard to escape the impression that the screws were being put on business to keep their mouths shut. Bullying is the government’s leitmotiv. Appease the bullies and they simply up the ante: worse follows. We’ve seen that since 2016. The problem is that now they’ve “got Brexit done”, they can’t stop the bullying and the attack on our fundamental freedoms and values. Across the board, there are signs that the government intends to dilute employment protections, data protection and human rights, as well as environmental and consumer protections: anything in effect that is good for the ordinary person.

Finishing the transition period with no trade deal agreed with the EU27 is a blatant breach of what the government had agreed with the EU and what it had promised the electorate. It is bad faith at best and downright lies at worst. Whether the intention is to appease US and other foreign interests is not the point. The point is that all of us are being betrayed, and none more so than our children and grandchildren. The Nissan protest personified us all: little people standing up for what is right against the overwhelming and fierce disregard for us all, exemplified by a government bent on destruction. The mountainous evidence against the government is terrifying. All of us should take heed.