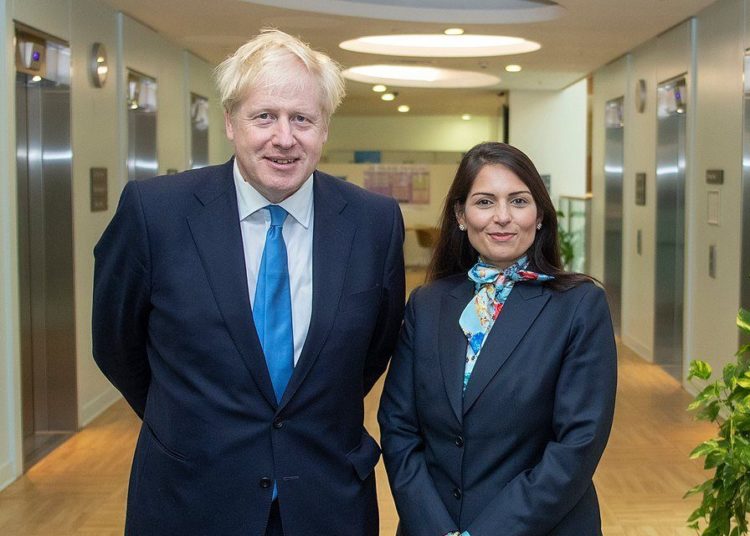 It’s never too late for a grown up debate about immigration. Martin Brooks assesses the limited, inflexible thinking in the latest Immigration Bill and reviews the shortcomings of the endless public debate on immigration.

The Immigration and Social Security Co-ordination (EU Withdrawal) Bill 2020, which returned to Parliament for its second reading last week, puts ideology over ideas. It is evidence that the opportunity for a grown up public debate has been missed once again. The Bill has the hallmarks of an immigration control regime that sets out to pander to popular and historic perceptions of the UK’s ‘immigration problem’, rather than an intelligent, well-informed analysis of the inherent complexity of immigration and more importantly a thorough understanding of where our national interests lie.

As we emerge from the Covid-19 epidemic the need to address these complex issues is even greater.

Although touted as a points-based system, it is more of a pounds-based system in reality. It uses the crude assumption that salary levels point directly to job skill level. There is little encouragement for the recently lauded key workers we so desperately need. The Bill even had a kick in the teeth for low-paid immigrant workers, who are expected to pay a premium to use the NHS. This is especially galling for those immigrants who supply NHS or social care services to the rest of us.

This anomaly has since been addressed for low-paid NHS and social care workers, but not for other essential low paid workers. It all points to the ideological blindness that lies at the heart of this government’s thinking. Ticking the ‘tough policy delivered’ box is more important to them than getting the policy right.

By enacting this Bill unchanged, Parliament will establish our long-term approach to immigration at a time when the UK faces the most unpredictably traumatic economic, social and political conditions in decades. Our circumstances after Brexit and Covid have changed, but the government ignores reality. The scope for unintended consequences is huge, with key worker roles and vital low-paid manual labour potentially being more important to us in the coming years than the high-flying ‘brightest and best’ roles on which our future success has been assumed to rest.

Parliament should pause and reflect. An underlying problem in using salary levels as indicators of a priority high-skill job is that pay could drop across a range of jobs internationally, making them out of kilter with the salary threshold in the policy. The government will never be as well equipped as employers to respond to changes in job and skill requirements. Delays in adjusting Home Office practices to match employment needs and going salaries could be detrimental in a ‘normal’ market; it could be fatal in times of economic hardship and fierce international competition.

Like it or not, the EU is the most likely source of low-paid immigrants. Putting any obstacle in the way of EU citizens working in the UK makes it an easy decision for them to look elsewhere in the EU for work.

The central tenet of the Immigration Bill – appealing to the ‘brightest and best’ – is inherently flawed. We are inviting immigrants to occupy the better-paid jobs. This assumes UK workers will do the lower-paid jobs. The Bill will effectively consign a portion of the British working population to doing poorly paid work, indefinitely. UK workers have shown marked resistance to doing many of these jobs, while EU immigrants tend to bring skill and application to them.

If our perpetual response to a shortfall in high-skilled workers is to employ immigrants, there will be no incentive for us to invest in skill development for the UK population. It is likely to be less costly for UK organisations to recruit trained staff from elsewhere, often from developing countries. This is a morally questionable and dubious policy for raising the living standards of UK citizens in the long term. The incentives and priorities for immigration should be reversed, so that over time we develop the skills of UK workers and welcome immigrants who are better motivated to do low-skill but vital jobs.

Our national debate on immigration has long been a victory of reported opinion over facts and understanding. Surveys on the subject are shaped in such a way as to encourage populist responses and make long-term comparison of the data very difficult. In the marketing-based world of today’s politics, the priority is to capture or shape the public’s opinion of a need so it can be catered for in public policy. Retail marketing meets voter opinion.

Knowledge, expertise, truth, rigorous analysis and complexity, have all been inconvenient to the prevailing political dogma and therefore dispensable. This undermines the future debate, putting it into a spiral of uncertainty. In reporting these opinions, it’s rare for commentators to establish what information they’re based on. Yet these opinions are turned into statistics and graphs that dignify them with the appearance of rigour and objectivity.

All sides can take comfort in their opinion being supported by research that best matches their worldview. The result is consolidated ignorance.

Successive governments have failed us over immigration, by making the truth elusive. For decades, governments have been negligent in not capturing enough data, or tracking the movement of immigrants in the UK. The limited data that has been collected is based largely on sampling interviews with immigrants at airports regarding their reasons for coming to live in the UK or leaving. The latest data sets come with caveats about the dependability and comparability of the data collected over the long term.

In the public’s mind, freedom of movement became an uncontrollable, immigration free-for-all to which the EU subjugated the UK. Yet we abdicated the control, created an environment of ignorance and invited the bad press. We never invested in the systems to give us a true picture of levels of immigration, or to apply available EU regulations that offer some control over it. This failure makes informed discussion of immigration difficult. In its place comes lots of opinion supported by few facts. And immigration we were told became the keystone issue on which we voted to leave the EU.

Many elected politicians, and UKIP/Brexit Party leaders in particular, have regurgitated concerns about immigration on the public’s behalf. MPs have rarely volunteered, or been challenged to explain, the controls allowed us under freedom of movement legislation, the contribution made by different types of immigration, the reality of welfare abuse by immigrants, or the true impact of immigration on wages. Immigration has been left to fester as some toxic undifferentiated problem when honest talking could have exposed the real problems, dispelled the false ones and raised the quality of the debate.

The reality is that as an economy, we need more working migrants to boost our tax revenue. We are heading towards a huge pensions crisis unless we rebalance the age demographic with taxpaying workers. The alternative to a tax contribution by more taxpayers, which requires migrants, is for a smaller population to accept higher levels of tax.

This at a time many want to see more investment in our welfare system.

In March 2019, Full Fact published an article that challenged many of the popular misconceptions around immigration. For example, 83 per cent of working age EU citizens in the UK were in work in 2019, compared with 76 percent of UK citizens and 66 percent of non-EU citizens. Of migrants from the EU, 58 per cent come to the UK to take up a job or look for work, with 22 per cent coming here to study (the figures for non-EU migrants are almost the reverse). The non-EU immigrants who study here contribute hefty fees to our universities. So different immigrant groups serve our economy in different but helpful ways.

Public opinion on immigration is more nuanced, paradoxical and changeable than presented in the media and by political representatives. Independent polling carried out nationally by Focaldata for Best for Britain in Jan 2020 revealed that the majority of people support freedom of movement as part of a future trade deal with the EU, as long it as is reciprocated. In Yorkshire and Humberside – where eight ‘red wall’ seats switched from Labour to the Conservatives in December – support for freedom of movement is remarkably consistent across all 54 constituencies.

An average of 55 per cent across Yorkshire and the Humber support free movement of EU citizens, providing it is reciprocated by the EU. Adding to this figure the percentage who would support free movement without a reciprocal agreement by the EU, takes the average up to 67.5 per cent. Cunningly, the survey question included the condition that after four months an EU citizen who had not found work could be returned to their home country. Of course, this little discussed, rarely used provision already exists in the EU’s freedom of movement legislation.

The places in the UK most vociferous in their objections to immigration have been the rural ones that are home to the smallest proportion of EU immigrants. Conversely, support for immigration is high in London and other cities that have the greatest proportion of EU citizens living there. The national picture of an inverse relationship between daily experience of immigration and opposition to it is not well explained by the data. Individuals can be well disposed to the immigrants they know but remain fearful of the ones they don’t.

Opinion is rarely subjected to scrutiny in this debate, nor are facts introduced when we have them. We have neither understanding, nor agreement, about where the national interest lies in encouraging immigration to the UK. With the history of nuanced and changing attitudes to immigration, and the prospect of difficult conditions ahead, is there any chance this government will pause and think seriously about what the future national interests might be?

The grown-up debate must happen quickly before we are damaged by the latest Immigration Bill’s limitations and this government’s failure of imagination about what life could look like in the post-Covid era. Our priorities and circumstances have changed unimaginably since the general election in Dec 2019.

It’s time to reconsider what our future immigration needs might be and not just pander to popular perception. MPs need to know we are expecting more from them than just getting this already outdated Bill onto the statute book.