This has been one of the hardest years for music in human history, but, if the industry can bounce back, we should be first in line to support it. 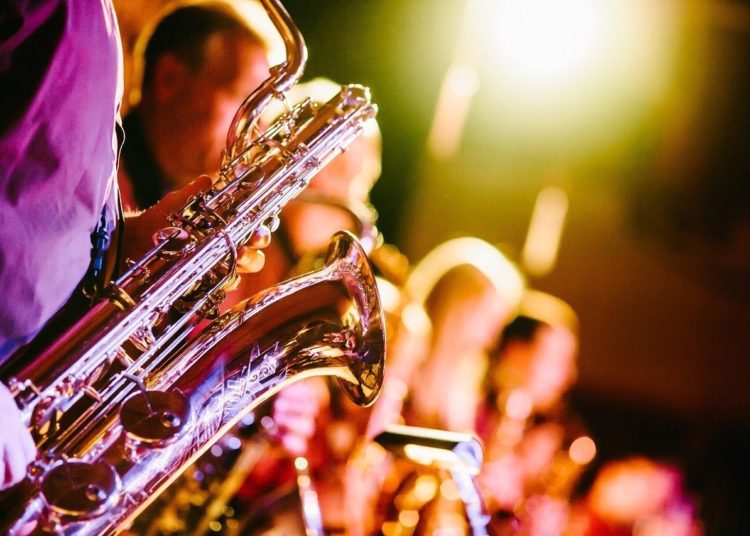 Image by Free-Photos from Pixabay

Imagine an industry that contributed more than three times as much to the UK economy as steel and employed almost 200,000 people. Imagine an export that is beloved across the globe, and which helped sustain many through lockdown. Now imagine it being shut down for the entirety of the pandemic, even as most of the economy opened. Imagine it not receiving economic support until July, and a third of its workforce considering quitting. Imagine a government which had rhetorically downplayed its importance, and only last week implied that its members might do well to retrain for other jobs.

You’ve clicked on this article, so it may not surprise you to know that this hypothetical profession is the music industry, which has been blighted by the pandemic.

It’s a story that is personal for me. As Covid-19 was starting to spread across the globe, I was making frequent trips into London to find jobs in the arts. In February, I was on the verge of getting a position in a music agency. That opportunity was whisked off the table, and for months I stared at the blank ‘Jobs’ page on the Association of British Orchestras website, praying for something to come up.

I recently spoke to Keith Ames, the head of marketing and PR at the Musicians’ Union (MU) which has been on the frontline of this crisis for the arts. In September, the MU released a report revealing that only 25 percent of work planned for 2020 has been undertaken, that nine in ten musicians are facing financial hardship, and that half are looking for employment outside the industry.

We discussed the insufficient aid the government has provided so far. Since most orchestras in the UK are not salaried, their members could not be put on furlough, and gaps in support for the self-employed have meant that a third of musicians have not received income support at all.

Meanwhile, Keith pointed out that most of the money in the government’s £1.57bn support package was going to venues, rather than directly to the musicians. The MU had been calling for a version of the Eat Out to Help Out scheme for concerts, with the government matching every ticket sold, to enable socially distanced performances. But with increased restrictions on the horizon, any chance for this to be adopted seems to have passed.

“It was different in summer when you could just live off salads and keep the heating off. There are people looking at the winter who are very scared.”

This fear has been combined with frustration and anger over the last few days, following comments made by the chancellor who implied that struggling musicians should retrain if they could not immediately find work in the sector. Keith acknowledged that the chancellor had walked his comments back, but still highlighted the disrespect that it had implied to musicians’ professionality:

“If you’re providing a service and you get paid, you have to be pretty professional and competent to do that. If you told an electrician to retrain, he’d say ‘I’m an electrician, this is what I’ve been doing all my life’”

For Keith, this disrespect seems to have been long running. He points to the lack of representation of artists in Westminster and the ignorance of ministers about the arts:

“They’re making decisions about a line of work they don’t understand. [Musicians] don’t want money for just sitting around, they want to work.”

This is the frustration for Keith. Musicians, like many across the country, wanted to go back to work, to put on performances and generate revenue that could go to the NHS or social care. Instead, they were stopped.

This frustration is shared by others. I talked to Bill Houghton, former principal trumpet of the BBC Symphony Orchestra. Before the pandemic, he had planned to fulfil a great musical ambition and record an arrangement of Arutunian’s Trumpet Concerto with the Grimethorpe Colliery Band. Now that dream is a distant hope. Bill related to me the difficulty of keeping anything going under the shadow of covid:

“It is incredibly difficult to keep practice up, because none of us have anything to practice for.”

Although many groups had set up impressive online concerts, Bill thinks they are unlikely to be profitable given the amount of free music available elsewhere. For him, the future has to be in overcoming the virus:

“I can’t see that any kind of living can be gained from online shows. Why pay to hear the Mozart online when you can get it for free on YouTube?”

However, as the crisis looks set to continue, one of the things that frustrates him most is the lack of support for the industry. While airlines are allowed to pack planes with passengers, concert halls (where social distancing is far easier to achieve) remained closed. This disparity has consequences. As Bill told me, many of his friends in the Royal Philharmonic Orchestra are now driving delivery trucks to make the ends meet.

The music industry has a difficult future ahead. Revenue from traditional sponsors is drying up, particularly as high street firms are closing, and any money from emerging donors is typically going to bigger-name acts, rather than to local artists.

All of this is before one even considers the elephant in the room, that in a few months’ time the UK will have left the customs union. For musicians, this means extra paperwork and fees to go abroad, and it will diminish the cultural exchange with Europe that has helped the industry thrive over the years.

The impact of leaving the EU will exacerbate the economic damage caused by the pandemic, and the ability of audiences to pay ticket prices is only going to decrease. Thinking of this led Bill to postulate:

“If there’s going to be a continuance of the music profession, it has to shrink to a level which the public can financially support”.

Hardly an optimistic outlook for an area that both of us love. But there is some hope in the future of live events. Bill relayed to me the story of going to Bournemouth to do an ABBA tribute concert, and the amazing audience response:

“That was one of the happiest shows that I’ve ever done, as the evening drew in all the torches lit up, and by the second half everyone was on their feet. You could hear the noise, and the happiness was palpable.”

Just the memory of such events brought a tear to my eye, and I can only imagine how many people are as eager as I am to go out to live events as soon as possible. This has been one of the hardest years for music in human history, but, if the industry can bounce back, I’ll be first in line to support it.