Monolingualism: the thorn in post-Brexit Britain’s side

Oliver Lawrie looks at how our lack of knowledge of other languages will impede us in the post-Brexit world. "Fewer than 3,000 students sat A-level German in 2018." 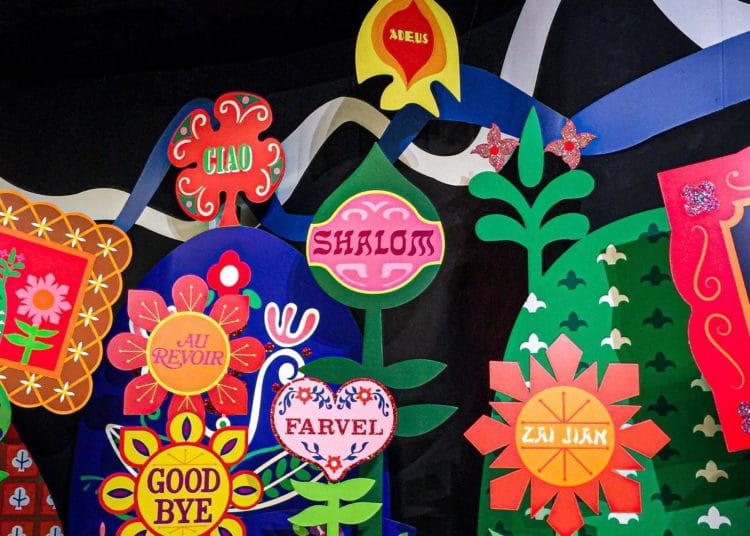 “One language sets you in a corridor for life. Two languages open every door along the way”. Frank Smith, psycholinguist.

As the genuine consequences of the United Kingdom (UK) leaving the European Union (EU) emerge from the fog of political postulation, a phrase I have encountered more times than I care to mention rumbles on in my head: why should I bother learning another language, everyone speaks English already?

It seems that, by accident or by design, the answer to this question will become abundantly clear. The consequences associated with the Anglocentric nature of the UK’s education system will now be felt more acutely than ever, given the context of our departure from the EU. This change of circumstance is exposing the flaws present in a majority monolingual and markedly linguistically unambitious society.

Though the numerous benefits of language learning are well established, the UK’s approach to it would suggest the contrary. Fewer than 3,000 students sat A-level German in 2018. That’s about 5 percent of the number of people who would attend one average football match in the UK. French and Spanish prove more popular, but with just over 8,000 entries for both languages, it is clear that this is a systemic problem within the education system. This reality leaves an alarmingly small number of graduates with the necessary linguistic capability and cultural awareness to work effectively with the de facto leaders of Europe, on behalf of the nearly 70 million inhabitants of the UK.

In contrast, it is as if European nations are making a point of their ability to understand, and more importantly act upon, the value of multilingualism. As Britain marks the 17th anniversary of making foreign language learning optional for secondary students, in 2018 alone more than 96 percent of pupils in upper secondary education in the EU learnt English as a foreign language. If learning one language were not enough, three in five of the same students learn a second foreign language in addition to English.

Granted, there are explanations for the disparity. English is currently the most widely spoken language in the world, with 1.2 billion speakers worldwide, as well as being the primary language of science, computing and mainstream culture (Mandarin Chinese has the most native speakers of any language in the world, whereas English has the highest total of speakers). Even in a geographical sense, the lack of land borders means we have a smaller incentive and less opportunity to become proficient in foreign languages.

This does not, however, justify the size of this disparity. While we do not need the same language proficiency as comparative EU nations for the reasons outlined above, this neither detracts from the severity of the consequences which monolingualism in the UK will present as an independent nation, nor will it ensure that the United Kingdom remains influential on the world stage when the time comes for English to move over as the world’s lingua franca, or ‘bridge language’.

On the contrary, with economic and social power shifting away from the West, with China and India predicted to become the world’s leading economies over the coming decades, it is perfectly conceivable that, for Britain to remain competitive in the international marketplace, schoolchildren will have to learn Mandarin or Hindi from an early age. The question remains, how well would the British system be able to adapt in preparing its workforce to conduct the majority of its business in a language other than English?

I’m not suggesting that UK Governments would be unable to react effectively to a changing socio-political landscape. But even with a fair wind on a clear night, I would still urge the extremist of caution when it comes to having faith that the establishment both could and would react quickly and effectively to such a change. The best Her Majesty’s Government could muster when providing a German translation of the Brexit white paper was that which would later be classed as a “national humiliation”. A truly remarkable display of incompetence even by current governmental standards; they were incapable of correctly spelling the German word for the German language: Deutsch.

Even before the position of English as the lingua franca shifts, we will experience great disadvantage as a direct consequence of failing to promote multilingualism in Britain;the evidence for which is simply incontrovertible. If you’re concerned about the economy, government statistics show we lose 3.5 percent of gross domestic product (GDP) per year due to a lack of language skills – from losing business contacts in foreign markets, through to simply losing turnover and profitability.

If you’re concerned about the health of the population, which by extension impacts the productivity of the economy, the cognitive benefits of multilingualism are invaluable. From increased academic performance, through to preventing cognitive decline, the size of the return on an investment into language learning should not be underestimated. Some academics, such as Dr Hilary Potter at the Royal Holloway, have even linked the language learning process to improving mental wellbeing. Perhaps that is something to keep in mind when the full extent of the mental health crisis facing this country becomes clear after we have dealt with Covid-19.

Given the actions and narrative of our current government in relation to foreign policy, you would be forgiven for thinking that their desire to create a new, sovereign and outward-looking UK is disingenuous. As has been outlined by Dr Hywel Ceri Jones, the UK government refused the opportunity to remain a member of the Erasmus scheme. Intentionally or not, actions like these mean Britain is slowly but surely surrendering its ‘soft power – its co-optive international influence – as a consequence of leaving the EU; we are no longer ranked first in the Soft Power Index according to the Centre on Public Diplomacy.

Equally, although a function of leaving the EU was to regain sovereignty, we lack the ability to communicate internationally in an effective manner using domestic resource. I’m not sure even the government can quite define what it means by sovereignty. Even so, how can a nation be sovereign if we rely on international translators and interpreters to communicate on our behalf with our international partners?

For the time being, Britain will still function successfully as an entity outside of the EU and its institutions, especially considering the fact we did end up exiting with a limited trade deal in place. Questions remain, however, as to whether or not we will indeed prosper mightily as an independent nation, as has been repeatedly asserted by the current government.

The thorn of monolingualism will be in the UK’s side for the duration of the UK’s journey to becoming this prosperous, tolerant and outward-looking nation as indicated by the government. Monolingualism will not incapacitate us entirely along the journey, but it will both make the path significantly harder to navigate, as well as act as a constant reminder of the opportunities we will miss as a direct consequence of systemically overlooking the immense value of fostering multilingualism within the UK.