The government would do well to read the House of Lords EU committee report on Brexit impacts, recently debated in the Lords 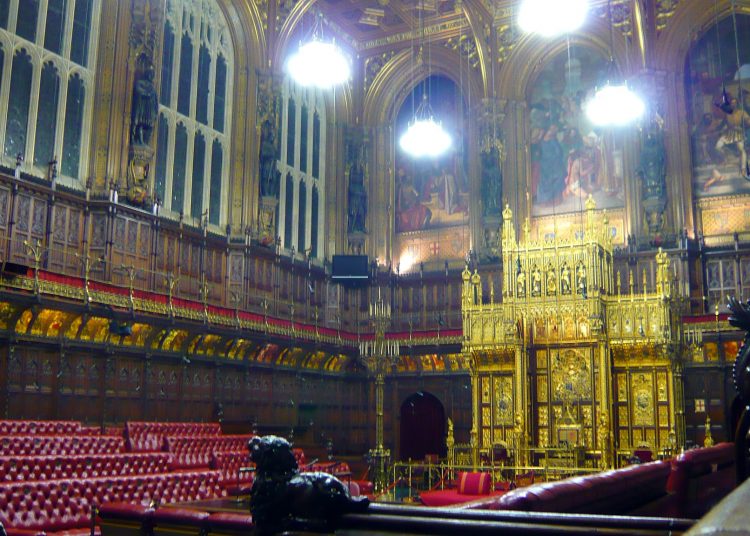 The Lords' chamber, by Henry Lawford, is licensed under the Creative Commons Attribution 2.0 Generic license.

Once the government considered Brexit ‘done’, it wound down the scrutiny committees in both Houses. But before its demise, the House of Lords European Union committee (EUC) produced a series of reports entitled ‘Beyond Brexit’. The committee clearly felt there was much work to be done, and stressed the importance of maintaining good relations with the EU. On 11 November, the House of Lords Library published an article examining the key findings of the EUC report on food, the environment, energy and health, which preceded Lords grand committee debate on 15 November.

Committee chair Lord Teverson (Lib-Dem) started by pointing out that, while the report was several months old, the issues facing the UK now are “exactly the same” as they were when it was published. He was grateful we had avoided no deal and secured the trade and cooperation agreement (TCA), but added that the deal was “as good a free trade agreement as we were going to get given the red lines that we had”. Teverson went on to list many of the issues that remain of concern, including fisheries, the environment and health.

The Duke of Montrose (Conservative) raised the issue that UK agri-food exporters to the EU had lost more than £1.8bn in income since January, according to the National Farmers Union. Not only that, but EU competitors are at a distinct advantage selling into the UK market, having been given extended grace periods.

On the subject of fishing, the Earl said that prior to the finalisation of the TCA the government had said there would be “an incremental benefit to the fishing industry to the tune of about £148m by 2026”. He asked, “Where are the figures to justify this?” saying it was “quite wrong that the government have not produced those”. The Earl contrasted the government’s figures with those produced by the National Federation of Fishermen’s Organisations (NFFO), whose own report showed a loss of £300m over the same period.

Baroness Hayman of Ullock (Labour) also drew attention to a recent NFFO report that was critical of fishing quota agreements. The report stated there would be losses of £64m a year unless changes were “secured through international fisheries negotiations”. 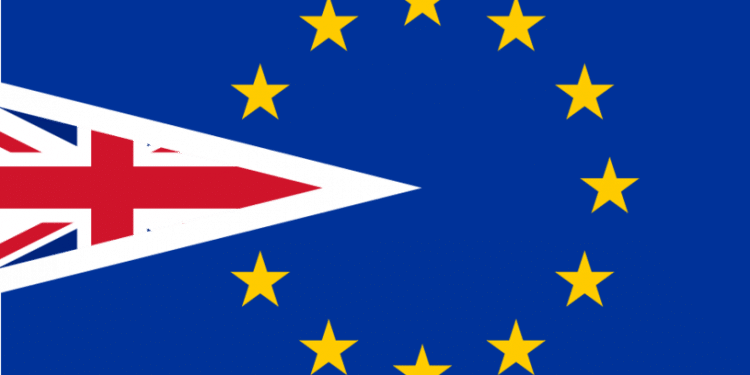 Discussions on both fishing and farming inevitably led to the knock-on effects on the environment. Baroness Hayman of Ullock asked how the TCA could “provide a minimum baseline for future free trade agreements so that we do not have an environmental race to the bottom?” She also raised the issue of chemicals, the setting up of the new chemical regulation UK REACH, and the potential of future divergence from EU rules. Of the 13 hazardous chemicals that the EU have restricted or are restricting, only two of them are expected to be restricted in the UK, according to the Department for Environment, Food and Rural Affairs (DEFRA).

On the topic of fishing, the Earl of Caithness said that while he wanted a “vibrant, economic fishing industry”, it must also be environmentally friendly. He drew attention to the damage caused by trawlers, stating that, “bottom trawling fisheries release about 1 billion metric tonnes of CO2 annually”. Of that total, Britain produces about 90 million metric tonnes of CO2. The Earl asked why these figures were not mentioned at the COP26 summit, when Britain “produces more CO2 from the seabed than the aviation industry does”. He pointed out that while the aviation industry is rightly “getting stick”, the fishing industry is not:

“There has never been a time when more surveys have been carried out by the government into nature and how we treat it, and never have they changed the goalposts so often.”

Discussions on health and social care were limited. Baroness Hayman of Ullock spoke of “alarming staff shortages in the health sector”, and the fact that 15 percent of NHS staff are non-British. She added that the reduction in numbers of European staff was of real concern, in both the healthcare and social care sectors.

The post-Brexit points-based immigration system was excluding many potential employees, as they were not considered “skilled workers”. The Baroness pointed out that the situation is likely to get worse over winter, and said she did “not think that the government’s winter plan for social care will solve all these problems”.

The government’s approach to negotiations

In his introduction, Lord Teverson said how he was saddened by the “confrontational attitude that we still have between the UK and the EU”. He described the government’s approach as having had “an almost proactively aggressive attitude” towards the EU. He added, “If article 16 is enacted, I believe that is a threat to the TCA altogether and effectively takes us back to a no-deal Brexit”. The Duke of Montrose described the government’s response to the report as “full of the idealism that characterised much of our approach to the whole Brexit deal”.

Fellow Conservative Lord Cormack was similarly unimpressed with the government’s actions. He said he wished that points raised by the committee in their report had been taken more seriously, adding, “one hates to say this”, but “we told you so”.

Lord Cormack suggested that the underlying lesson is that, “when you try to achieve great things to artificial deadlines you almost always fail”. He said he had raised this point before, having practically begged the prime minister “not to be driven by a deadline”. The Northern Irish protocol, he said, was a direct result of being driven by a deadline, and the prime minister and Lord Frost – who were responsible for agreeing it and despite “commending it to parliament” – now seem to find it “full of holes”.

Lord Cormack also referred directly to Frost, quoting a W S Gilbert line from The Gondoliers, which was on the desk of Harold Macmillan: “quiet, calm deliberation disentangles every knot.” He added, “we must not bang drums or issue threats, warnings or deadlines. We must come to an agreement”. In conclusion, Lord Cormack suggested the government re-read the report in full, and realise that “some of the pitfalls could have been avoided”. Only then, he said, would this debate not have been in vain.

“We are united across party, as we were in this committee throughout its deliberations, in wanting the government and Brexit to succeed. But we must use all our diplomatic gifts – and the noble Lord, Lord Frost, is a trained diplomat – to make sure that happens.” 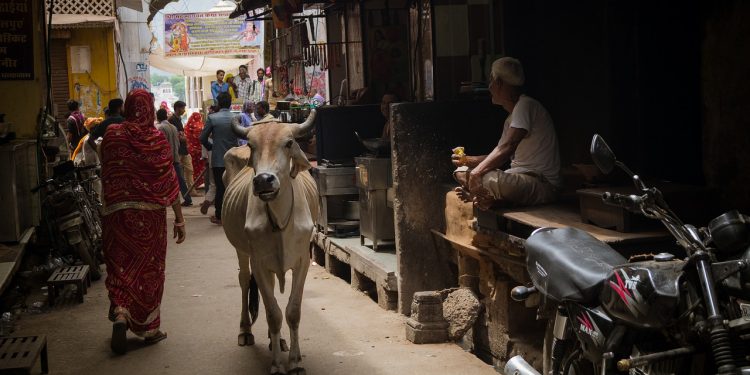 Lord Goldsmith started by stating that the government had been elected to “get Brexit done”, and how “we are already realising some benefits of our departure from the EU”. If the committee were expecting a long list of those supposed benefits, there were disappointed.

On the subject of farming, Lord Goldsmith said the goal was to help farmers improve the environment and animal health and welfare. “We are revolutionising the way that we support farmers”, he said.

In what most would describe as an understatement, Lord Goldsmith said that with regards to fishing, the TCA “did not deliver everything that we and the industry hoped for”. He said that the fishing sector was “now showing some clear signs of recovery”, and referred to pre/post-covid levels of trade. Brexit was not, of course, mentioned. He did, however, suggest that the UK’s fishing future was rosy, by adding, “Freed from the common fisheries policy, we can help our fishing fleet recover and strive to be the most sustainable fleet in the world”.

On the environment, Lord Goldsmith said the TCA recognises the UK’s “ongoing commitment to high environmental standards” while also enforcing “our role as a global leader in environment and climate policy”. He promised that, “We will not pursue free trade agreements in such a way that our own standards are compromised”.

Regarding health issues he said the government is “committed to growing and supporting the workforce to ensure that it continues to provide world-class health and care”, though he did admit “there is a gap that needs to be filled”. How that gap equates to his comment that “there are record numbers of doctors and nurses working in the NHS today”, was rather unclear. He added that by waiving the immigration health surcharge for key health and care workers, the government had made it “quicker and cheaper” for international health and care professionals to come to the UK to work.

On the TCA, Lord Goldsmith said, “it was the first time that the EU ever agreed a deal with a trading partner based on zero tariffs and zero quotas. It is an agreement based on friendly co-operation between sovereign equals, centred on free trade and inspired by our shared history and values”.

The debate was concluded by Lord Teverson who said that for the five years he has been chair of the committee, comments from ministers from DEFRA tended to have a different focus from those from international trade ministers. DEFRA ministers, as was the case on this occasion, have focused on welfare and environmental standards. The emphasis from trade ministers has been on free trade and consumer benefits.

Regardless of the department, it seems our government has plenty of empty rhetoric to go around, but is short on realism and any plans to solve the many issues. Having largely ignored the excellent ‘Beyond Brexit’ report the first time around, this latest debate is likely to do little to open the government’s eyes or change their opinions. As Lord Cormack so eloquently said, it’s not like they haven’t been told before. 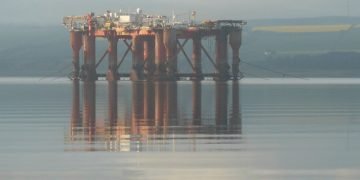 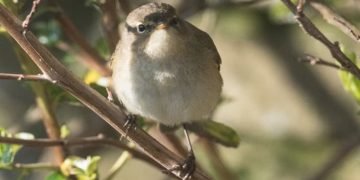