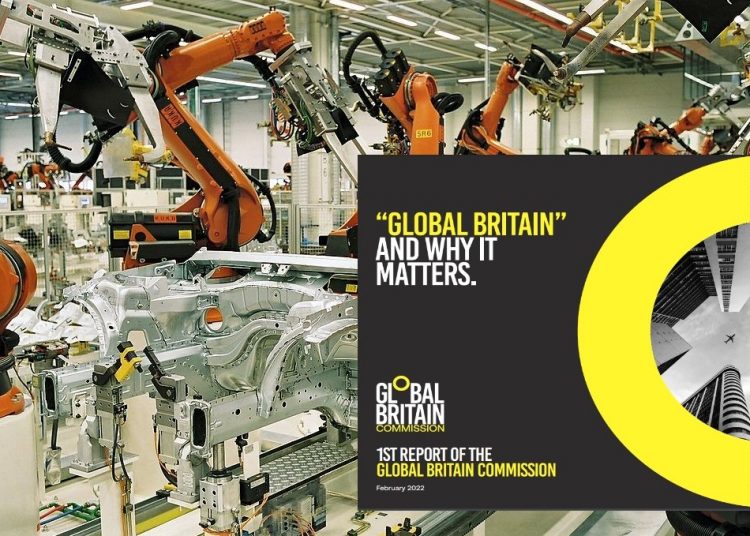 On Wednesday, Liam Fox’s grandly titled Global Britain Commission (GBC) published the first of the three reports it expects to produce this year. The document, apparently intended “to define what Global Britain means for business”, perhaps inadvertently looks more like an argument for rejoining the EU.

It sits alongside the government’s Benefits of Brexit paper and levelling up agenda in trying to persuade a growing army of doubters that Brexit is not the dismal failure it is starting to look like where, as the public accounts committee memorably put it this week, “the only detectable impact … is increased costs, paperwork and border delays”.

Much of the 31-page report is taken up with restating Britain’s productivity problem with smarter graphics but, as usual, no answers.

Commissioners on the team include the CEOs of Forth Ports, Heathrow Airport and Virgin Atlantic, as if they think British exporters have somehow struggled up to now to find the way to foreign climes. There is also a partner with the accountants Ernst and Young and the head of Coutts bank, all chaired by Fox, a medical doctor by training.

The Brexit ‘prize’ is a pipe dream

The GBC’s aim it seems is to spur someone else into action by dangling a ‘prize’, which I assume we are supposed to believe can only be won now that we’ve left the European Union. It is not just wrong, but a pipe dream.

Note that the headline figure of £474bn comes if we could emulate Germany’s exporting performance.

It’s hard to see why they stopped at Germany since further on the report lists 14 EU or EEA countries, all of which export far more per capita than the UK (nine of them even more than Germany). They could have suggested we try to equal Belgium when the boost to UK exports would have been £847bn, or Holland (£962bn) or even Ireland (£2.63 trillion).

In fact, looking at figure 3 on page 23 (see below), you can add France, Spain, Poland, Italy, Malta and Latvia to the 12 EU member states already shown, because they too export per capita more than the UK. Apart from those struggling East European members, almost everyone exports more per head of population than we do. The report does not explain why Britain alone was unable to flourish inside the bloc.

If you were making a sales pitch to join the EU, you might employ exactly the same graph (which uses impeccable World Bank figures), to show what’s possible as a result of being inside the EU single market.

The commissioners are right to point out the huge disparity in Britain’s abysmal export performance and productivity compared with Germany. Fox’s report says the UK’s productivity has “stagnated with output per hour remaining no higher than it was before the 2008 financial crisis”.

If they are puzzled by this, let me try to enlighten.

I have written before about the UK’s woeful record in investment in production technology. I suggest they and others look at the current website of the International Federation of Robotics, which summarises the 2020 World Robotics Report with a paragraph about the European market:

Think about it. Germany has ten times as many industrial robots as we do.

An industrial robot is defined here as an “automatically controlled, reprogrammable, multi-purpose manipulator programmable in three or more axes, which can be either fixed in place or mobile for use in industrial automation applications”.

Britain didn’t figure in the top 15 countries for new installations in 2018, but six EU countries – Germany, France, Italy, Spain, Poland and the Czech Republic – did. In 2019 we scraped into 15th place.

Germany is in fact the top European user of robots and has been out-installing the UK for at least ten years, as this graph shows:

It is not just investing in manufacturing where we are lacking

More investment in manufacturing alone will not solve our problems. It is but one indicator of what a successful manufacturing economy looks like. The level of sustained investment in German manufacturing is only possible if you have world-leading products, respected brands, and strong demand domestically and globally; things we simply don’t have enough of.

In many industrial sectors, Germany will have companies, often several, who are either genuine and long-standing world leaders, or in the top three or four. Reaching that position would take decades – even assuming we had a long-term plan that would survive changes in government or prime ministers.

But having said that, Germany now has 200,000 industrial robots more than we have. Even if we increased new installations by a factor of ten starting this year, this would simply stop us falling further behind but lock in Germany’s advantage.

India, Mexico and even Thailand are installing more robots every year than Britain. China is way ahead, with a massive 140,000 units installed in 2019.

The below video shows 2.7 million industrial robots operating worldwide in manufacturing, with an average density of 113 per 10,000 employees. In 2016, the IFR said, “Most of the emerging robot markets have a robot density rate below 30. The United Kingdom also has a rather low rate in the general industry; only 33 robots are installed per 10,000 employees”.

It would be an interesting exercise to ask the commissioners where they think all the high-quality goods produced by Germany’s tireless army of 220,000 productivity multiplying industrial robots are going? My guess is a lot end up in the UK.

Britain’s productivity problem isn’t new and we have had far better reports in the past.

One from 1975 by the Boston Consulting Group for the UK government is a prime example. It showed the entire British motorcycle industry, dominant in the early 50s, had by that time shrunk to about 4,000 workers in total (100 in R&D) and managed to produce just 56,000 bikes – 14 per employee per year (page 53).

The sector had been almost wiped out by a single Japanese competitor: Honda. From virtually nothing in 1945, 30 years later they were employing 19,000 people (2,700 people in R&D, or building specialised automated machine tools to manufacture parts) with one factory producing 350 motorcycles per employee per year. Honda’s total annual output was 4 million machines.

You don’t need to be an accountant to realise what it means for the unit cost of production.

Honda achieved this by tooling up firstly for its home market and then by a strategy of long-term investment in automated manufacturing to bring down costs, allowing them to dominate globally.

Shrinking your post-Brexit home market by 85 percent and erecting barriers to the EU, while diverging from its regulations, is making the task far more difficult, if not impossible, for British exporters who are clearly failing to invest anywhere near enough as it is. 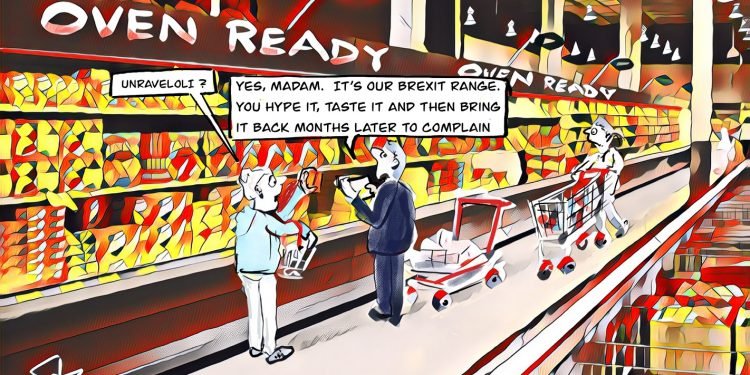 All too often ‘Global Britain’ appears to be engrossed in itself, looking inward and thinking it exists frozen in time, with our international competitors sitting around, as we usually are, producing glossy reports and agonising about an ‘industrial policy’ or looking at tweaking regulations or introducing tax breaks to encourage investment.

There is no sense of urgency about reversing decades of decline.

Johnson even abolished the Industrial Strategy Council that Theresa May launched, and doesn’t appear to have any sort of strategy beyond deregulating the economy. The Brexit Benefits paper talks blithely of leveraging the “sustainable and ‘UK-made’ competitive advantage for both domestic and overseas consumption outside the customs union”, but with no plan to back it up, it is hard to see how 2022 will not see us falling further behind.

The commissioners at GBC say Britain is already an attractive place to invest, with one of the reasons given as the “relative stability of the regulatory … system” – this is the system we intend to rip up as soon as we can following Brexit, although the report is, wisely perhaps, rather silent on that.

Brexit can only and will only accelerate the decline in Britain’s already diminished manufacturing industry. There are no prizes to be won, regardless of what Fox thinks.