Johnson appears committed to repeating the same mistakes that we witnessed in March, causing chaos and damaging the economy 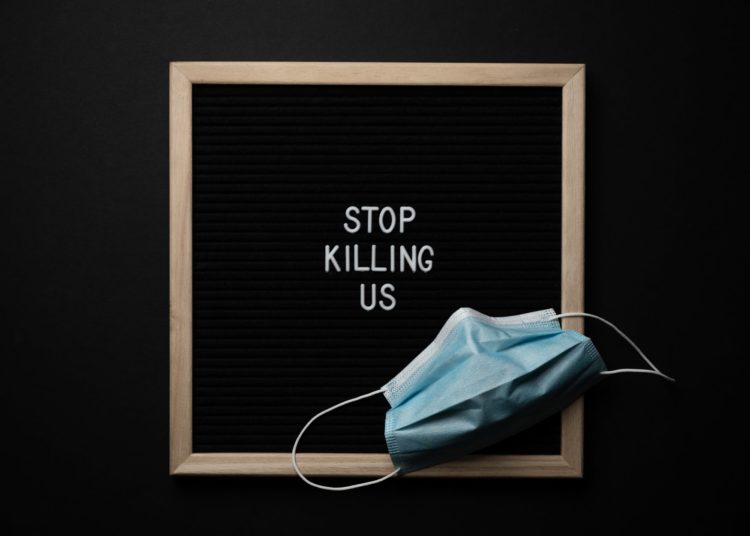 Photo by Brett Sayles on Pexels.com

As the government announced a three-tier covid system apparently to be assessed by the rate of infection, even though there is no effective test and trace system for the UK, forgive me for concluding that the safest way forward for the UK is a government of national unity.

Despite its attempts to deflect the public’s attention the government’s response to Covid-19, has been under ever-increasing scrutiny to the extent that the prime minister has accepted that there will be an inquiry, though this has not yet been timetabled. However, Johnson appears committed to repeating the same mistakes that we witnessed in March, causing chaos and damaging the economy. As we approach winter, Covid-19 will place an additional burden on an already over-stretched NHS.

Perhaps I am suspicious, but I have contemplated whether the reason for Johnson’s approach is to allow the government to blame Covid-19 for the inevitable negative Brexit-related consequences in 2021, particularly as it appears obvious that the Conservative Party is committed to no deal Brexit. Or perhaps it is an attempt to bring the NHS to its knees to facilitate an argument that an insurance-based, American-style system, should replace it? This latter element has already been discussed as part of any US-UK trade deal.

The coronavirus disease Covid-19 (so-designated because it was first identified in the Wuhan province of China in December 2019) spread so quickly that by 30 January 2020 the World Health Organization (WHO) declared Covid-19 a public health emergency of international concern . By 11 March it was proclaimed a pandemic.

Boris Johnson was briefed by President Xi of China on 18 February on the potential impact of the disease and on the strategy the Chinese government had chosen to follow in dealing with the outbreak, but our government chose a different path and did not recommend social distancing until 16 March.

Britain is one of the countries that have suffered the greatest number of deaths, because their governments were too slow or too timid to take effective action. In fact, the UK has one of the highest death rates in the world. Sir David King, the former chief scientific adviser, has claimed that, “every day’s delay has resulted in further deaths”.

It was reported in March that the prime minister’s unelected chief adviser Dominic Cummings was heard to advocate a policy that amounted to “herd immunity, protect the economy and if that means some pensioners die, too bad.”

Herd immunity is resistance to the spread of infection, based on the pre-existing immunity of a high proportion of individuals. But this requires either of two tangible elements: either that people gain immunity as a result of previous infection, or that there is a vaccine available. Neither of these has been proven in respect of Covid-19.

Dr Mike Ryan, executive director of the WHO’s health emergencies programme, said in May 2020 the concept of herd immunity was “dangerous.” (For an excellent paper on this, see ‘The ‘crime’ of herd immunity: more than a metaphor?’ by David Wolchover)

The government’s decision to reopen schools and universities as well as pubs, while the pandemic was still raging unchecked, combined with its failure to adequately test, trace and isolate, failure to supply adequate PPE, and policy of sending infected people into care homes, would lead any cynic to believe that the government is still committed to its herd immunity approach. That, or it has little to no respect for human life, since it was entirely foreseeable that these actions would result in the spread of Covid-19. At this stage it is also possible that the government is simply incompetent. It is therefore crucial an independent inquiry takes place sooner rather than later.

Brexit and the NHS

There is substantial evidence that Brexit will have one of the worst economic impacts upon the UK that we have experienced in our lifetimes. The continuing presence of Covid-19 provides the Conservative Party with much-needed cover, as they try to blame the negative impact of Brexit (job losses, the impact on society and the economic hardships we shall face) on the disease instead. There is a wealth of information out there, via published reports, showing that that the government was forewarned about the dangers that a no-deal Brexit posed to the British people, to the Good Friday Agreement and to British businesses.

In respect of the NHS, it is more complicated, but the USA and UK governments have already discussed a USA style health ‘care’ system replacing the NHS. As Sarah Neville says in the Financial Times, “Britons see their taxpayer-funded, free-at-the-point-of-use health system not just as a source of medical treatment but as a vital expression of national values of equity and compassion. The US health system, in contrast, is reviled as its antithesis because it links treatment to the ability to pay”.

In my view the best way to undermine our current healthcare system and thereby advocate change is:

It is time for a government of national unity

The mishandling of Covid-19 has resulted in the UK entering a second wave of infections. More than 40,000 lives have been lost, although the way deaths are recorded may not provide an accurate total number of deaths as, “it is only an approximation of the number of people who die from Covid-19 because other causes of death are included and some people who die from Covid-19 never had a positive test”.) Using the excess death rate as a means of calculation – described as ‘an excellent method’ – the number of deaths is closer to 60,000 this year.

Whether the government’s intention is to follow an ill-conceived, dangerous ‘herd immunity’ plan, whether it intends to replace the NHS because of the pending US-UK trade deal, whether it seeks to blame the consequences of Brexit on Covid-19, or whether there is some reason I have not considered, quite frankly I do not care. I care about people’s lives being at risk and I cannot watch this continue any longer, can you?

A cross-party (not politically motivated) government of national unity is now the only answer.