As the government tries to “distance itself” from the political declaration and “fix the defects” in the Withdrawal Agreement (WA), Johnson’s next oven-ready deal has all the signs of turning out to be another turkey. 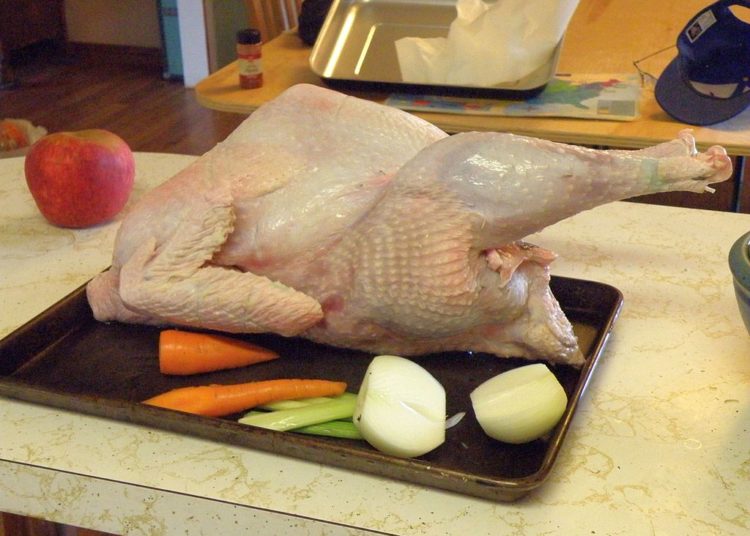 As the government tries to “distance itself” from the political declaration and “fix the defects” in the Withdrawal Agreement (WA), Johnson’s next oven-ready deal has all the signs of turning out to be another turkey. The reason the WA is not quite right apparently is that they didn’t have enough time last year, according to Dominic Cummings a government spokesman.

Since it was Johnson’s own timetable you would need a heart of stone not to laugh. That or be a member of the ERG.

Which brings me to Steve Baker, chair of the ERG who was aware of the defects but voted for it anyway, He told The Critic magazine in May that Cummings should go because, among a whole bunch of other things:

“[Cummings] said we should vote for the original Withdrawal Agreement without reading it, on the basis Michael Gove articulated: we could change it later. But now with him in power, we are putting in a modest border in the Irish Sea.”

Owen Paterson, MP for North Shropshire, was equally gullible, as shown in this tweet.

If only Theresa May had employed Cummings in 2018 she might have got her deal through on the grounds they could change it later. We should be shocked that our representatives are so naive. The WA is an international treaty between sovereign states, but Tory MPs were apparently convinced that after Johnson signed it they could revise the agreement to “fix the defects” – aka, take out the bits they didn’t like.

We are now preparing another EU deal for the oven. Johnson has set the timer for an even shorter period and is refusing to alter it. He has a videoconference scheduled for tomorrow with the Commission president Ursula Von der Leyen, Council president Charles Michel and European Parliament president David Sassoli for high-level talks.

According to newspaper reports he will apparently tell Von der Leyen she is “drinking in the last chance saloon” and we are leaving on 1 January next year “whatever happens”. They will be told our offer is a take-it-or-leave-it one and we will be ready on 1 January to leave without a deal if necessary. Let us hope the three presidents can keep a straight face.

“The EU was a little slow to agree to an intensified timetable for talks, and has been making noises about so-called tunnels. That’s not something we ever wanted and it’s welcome that they’ve now signed up to a sensible process to take the talks forward.”

This is a complete reversal of the truth. Even the Express reported last Thursday that it was Britain pushing to enter the “so-called tunnel” and it was Barnier who had “slapped down” the idea.

This is straight out of the Cummings school of international diplomacy: keep your opponent off-guard, brief outrageous messages to the press, keep taking a hard line until the very last moment and, as defeat stares you in the face and your own timer counts the last few seconds down, finally capitulate on all the key issues and claim victory.

Afterwards, you hint the deal is not quite what you expected. When details gradually emerge over the ensuing few months and businesses begin to see they have been totally screwed, you claim you ran out of time.

Is that insane or what? There is no doubt in my own mind another badly under-cooked turkey is on the way.

As for leaving “whatever happens” on 1 January that’s for the birds. I confidently forecast that we will not be ready and we will somehow get the EU to fudge an extension – but only after we have accepted their version of the deal, or something very close to it.

Leaving without a deal is simply out of the question. No government that wants to cling to power after February 2021 would do it.

One possible reason for delay will be whether or not the deal is a mixture of competences. In the draft EU negotiating mandate it mentions negotiations being conducted under Article 217, which would have meant the deal required the unanimous ratification of all EU27 legislatures.

This makes getting an agreement through quickly much more likely. But it is still possible, if one or more member states believe the deal encroaches on national competences, that it will be declared a ‘mixed agreement’ and all legislatures will have to ratify it – which could be risky and take a lot more time.

Even so, the European Parliament will need to approve the deal, and last week they were working on a draft resolution that could see them vetoing any trade deal between the UK and the European Union “that lacks ‘robust’ safeguards to ensure fair competition and strong standards on the environment and workers’ rights”  according to a document leaked to The Guardian.

Nobody is predicting the parliament would block something agreed by 27 heads of state, but it’s not impossible and will only stiffen the resolve of the Council of Ministers to make sure the agreement satisfies the mandate set. Although I’m not sure President Macron of France will need any stiffening – he recently lost his majority through a few deputies defecting and forming a new party, and he is up for re-election in 2022