The prime minister appeared to be rolling out the four-letter word business policy first developed when he was foreign secretary in 2018. 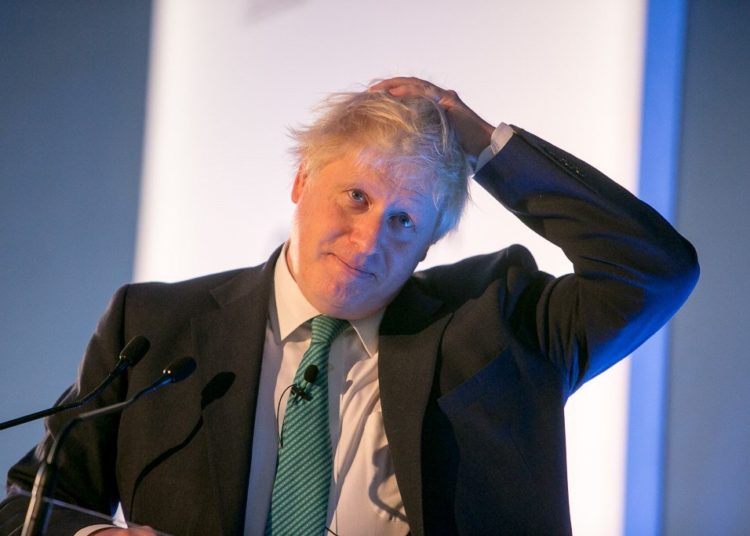 The prime minister and Michael Gove gave a briefing yesterday afternoon to 250 leaders of business groups, which attendees variously described as “terrible”, “disappointing” and “more of a lecture” according to the BBC.

The prime minister appeared to be rolling out the four-letter word business policy first developed when he was foreign secretary in 2018. Downing Street in a statement afterwards, said Johnson told participants during the 22-minute virtual meeting:

“Our job is to create the platform for dynamic businesses such as yours to compete and to grow.

It is vital that everybody on this call takes seriously the need to get ready, because whatever happens, whether it’s Canada or Australia, change is going to happen. There is a big opportunity for this country and we want to help all of you to seize that opportunity”.

One business leader told the BBC that it seemed more like a “box ticking exercise” so that later the PM could claim to have consulted business. No information about the stalled trade negotiations with the EU was shared with the groups, who were presumably desperate to know if talks would end with a deal or not.

Neither were any of the “big” opportunities revealed.

Johnson left the call after 15 minutes, but was reported as saying that Covid had created “too much apathy” among the business community and they “needed to get ready”.

Bloomberg reported that some participants were irritated by the lack of detail about the government’s plans, and the fact that not all participants were able to ask questions. One person said Johnson’s failure to provide full clarity on what Britain’s trade relations with the EU will look like from 1 January was particularly aggravating.

Another person on the call suggested it likely marked the start of a blame game over the lack of adequate preparations for Britain’s exit from the bloc. They said the government cannot say it has had a dialog with business over Brexit.

Gove, the former journalist who famously once suggested people had had enough of experts, lectured the experts who were on the call, by telling them Brexit was “a bit like moving house – a bit of disruption till you get used to a bigger and better house”. Many may have been surprised by his remarks, since Brexit involves reducing the size of their home market by about 85 percent. This is roughly the same as moving from a six bedroom detached property to a small flat.

I assume some of the leaders were among the 71 heads of UK trade associations who put their name to the joint letter sent to the prime minister last week, pleading with him to avoid a no deal exit at all costs.

Huffington Post claimed the prime minister even joked during the call, breaking into French to say: “Rien ne va plus”, which means “no more bets” in a game of roulette. George Parker, political editor at the FT tweeted that one leader said the meeting had gone down like a “bucket of cold sick”:

Earlier in the afternoon the two chief negotiators spoke without a breakthrough. Barnier tweeted:

Reuters reported an ally of Angela Merkel saying the chances of a deal were now less than 50-50.

Detlef Seif, who is a member of Merkel’s conservative party, said that if Britain moved on fair competition and dispute resolution, the EU could move on fisheries. He told Reuters:

“At the moment, I see the chances worse than 50-50. Britain must move on the issue of the level playing field – the principle of equal competition conditions, state support, and also on the dispute resolution mechanism.

“That means, for me really the ball is still in Britain’s court at the moment, if it is kicked back reasonably, then we can definitely readjust this or that – including fisheries … But unfortunately, we are not there yet”.

Seif also said Mrs Merkel had limited room to manoeuvre because many in her party did not want to concede too much ground in the negotiations.

So much for Germany riding to our rescue.