The government’s industrial strategy is becoming ominously clear for British industry, and may be the shortest 'suicide note' in history 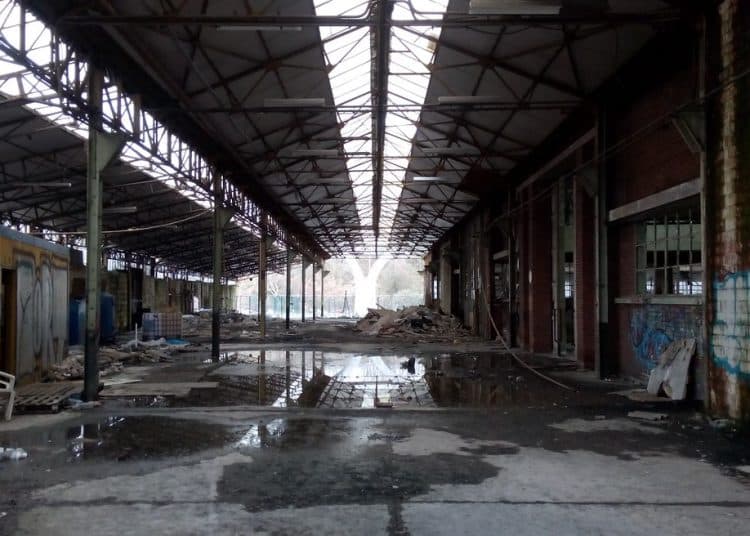 "Abandoned factory" by dimipiraat is licensed under CC BY-SA 2.0

The Labour Party’s 1983 manifesto was once described as the longest suicide note in history, but Johnson’s two-word industrial policy (“f*** business”) may soon go down as the shortest and looks set to deliver.

Chronic labour shortages are starting to hit every sector and while the government denies the issue is Brexit related, the short-term fixes mainly reverse the impact of Britain exiting the EU. Firstly, by issuing a few extra visas allowing in HGV drivers, food process workers and butchers from the EU, and more recently by a temporary lifting of post-Brexit restrictions on EU hauliers.

The knee-jerk measures are designed explicitly to avoid the consequences of the trade deal Johnson negotiated only last December.

Johnson’s industrial policy is a double whammy for British business

Brexit, even if not the main cause of labour shortages, has made recruitment more difficult following changes to immigration rules. This has handicapped UK companies and provided EU businesses with a big advantage.

Supermarkets and other retailers unable to obtain food or other essential goods from domestic suppliers, will simply turn to foreign ones, notably those in Europe. Which is why we are now seeing European and American pork on supermarket shelves while our own producers cull and incinerate thousands of pigs due to a lack of drivers and butchers. Tesco is increasing orders from Spanish farmers.

For many companies, it is a double whammy. A shortage of labour here reduces output, drives up wages and increases costs, as they face greater competition from foreign producers.

It is a rolling disaster which can only get worse over the coming months and could last well into 2024, according to Ian Wright of the Food and drink Federation giving evidence to the business select committee last week.

The government finds itself controlling the supply of labour

Until January, thanks to freedom of movement in the single market, British businesses had unimpeded access to all the workers needed from across the continent. Farmers, fruit growers, hauliers, restaurants and the hospitality sector, manufacturers and the City of London all took advantage. That option is now closed off.

At the Conservative Party conference a few weeks ago, Lord Frost told delegates:

“We know that there is only one way to prosperity – free enterprise. We have not successfully rolled back the EU’s frontiers from our country with Brexit only to import a European economic model.”

In the twisted reality of Brexit, we have ventured further east and gone back 50 years to emulate the Soviet model where supply is centrally planned by the state. By ‘taking back control’ of immigration, the government has suddenly become the monopoly provider of additional skilled and unskilled workers, which is having a huge impact on industry’s labour cost and availability.

Matching supply with demand in a timely way through the state will never work. Free enterprise it is not. 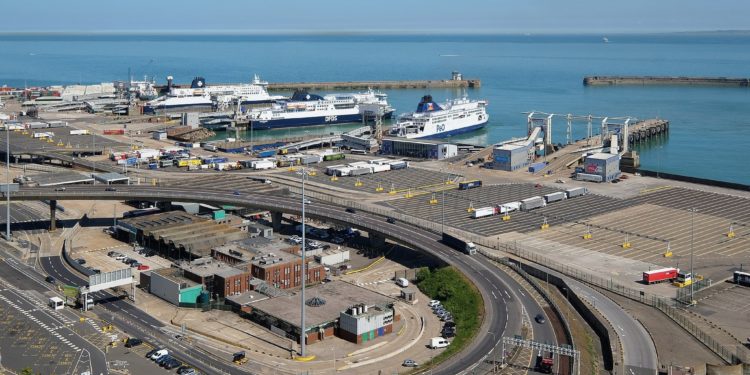 Simultaneously, sizeable non-tariff barriers have been erected between British exporters and their largest overseas market. Because of sheer ineptitude, corresponding barriers on EU exports to the UK have been delayed several times and won’t even start to apply until January next year at the earliest and will then be phased in.

Reaction to this comes from the British Meat Processors Association (BMPA) which says continental suppliers have been given a “nice Brexit dividend“.

When import controls are finally applied, more barriers between Great Britain PLC and its suppliers in the EU will be erected, raising costs both to industry and end users. And even these barriers may not be symmetrical. Lord Frost has told MPs that UK checks on goods imported from the EU are to be ‘light touch’ and not ‘disproportionate’. This will only add to British industry’s woes in the longer term. Exports to Europe made more difficult and expensive while imports are easier and cheaper.

Frost stressed no decision has yet been made on the levels of checks and paperwork, but said the British government wants to “improve the processes” over the next two years. We are tilting the ‘level’ playing field of the single market against ourselves.

Different standards are being imposed on British industry

Until January 2023, CE-marked goods can legally be sold in Great Britain.

But after that date, goods which previously required a CE mark (CE = Conformité Européenne”) must carry a UKCA mark and be certified by UK conformity assessment bodies (CABs), not European ones.

This is likely to have a further negative impact on GB manufacturers.

In future, products intended for both the EU and GB markets will need double certification and costs will rise on both sides of the Channel, even if the UK and EU standards are identical. The rules in Northern Ireland are different again.

The government has suggested standards in Britain will diverge from the EU and if so, costs will rise further still. Different versions of what may be virtually identical products will need to be designed, stocked separately and labelled differently. Some EU manufacturers of products with limited sales potential in the smaller GB market and may not bother with UKCA certification, thus limiting choice. Or they will pass on the extra costs, needlessly making things more expensive.

And conversely, the same thing will apply to the European sales of British manufacturers.

The UK chemicals industry, including pharmaceuticals, employs 500,000 people and turns over more than £50bn annually. The UK has withdrawn from the EU regulatory framework for chemicals when the system known as REACH (registration, evaluation, authorisation and restriction of chemicals regulations) ceased to have effect in Great Britain (although not in Northern Ireland).

A UK-specific system (UK Reach), replicating the EU framework, has been put into domestic law to allow the industry to continue to work post Brexit.

However, the industry does not have access to the EU Chemicals Agency’s (ECHA) database, and is being forced to spend £1bn to replicate a version of it. The industry and government are still working out how to do that in a more limited way.

“Nothing firm has come out of the process yet but I think the government has a clearer understanding that what they have put in place will impact jobs and competitiveness.”

He added that, “Chemical manufacturers have already moved offshore because of Brexit, some of our members have opened offices in Holland, France, Germany. Of course, the government does not want that”. 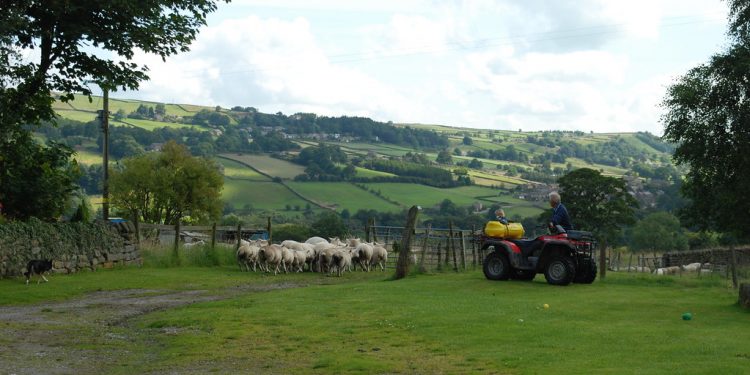 According to the Financial Times, it represented a “victory for cabinet free traders” but the farming community, already facing labour shortages and rising costs of feed and fertiliser see things differently.

Minette Batters, president of the National Farmers’ Union, said the potential deal failed to protect UK farmers, with livestock producers most at risk.

“We continue to maintain that a tariff-free trade deal with Australia will jeopardise our own farming industry and will cause the demise of many, many beef and sheep farms throughout the UK”, she said. “This is true whether tariffs are dropped immediately or in 15 years’ time.”

And a report in The Telegraph last week highlighted the double whammy looming for the shellfish industry, simultaneously locked out of its biggest export market and soon to face cheaper frozen mussels arriving from New Zealand.

Coinciding with this, the UK is politically separated from the EU’s internal energy market and suffering soaring energy costs as the global demand for power rises following the pandemic. Electricity is still traded through interconnectors between the EU and Great Britain, but is no longer managed through the mechanisms reserved for member states.

Researchers at UKCE, part of King’s College London, have produced a balanced paper on the likely impact.

Britain is now out of the coordinated price-setting system called single day ahead coupling (SDAC), of which the UK was originally a key architect. The SDAC and its ‘implicit allocation’ scheme redistributes energy supply to the parts of the internal energy market where need is greatest.

Instead, UK traders must now buy interconnector capacity and power each day in two separate transactions via something called ‘explicit auctions’ – before daily prices are set – and businesses must re-register with the EU. The result is that the flow of electricity through interconnectors is much less efficient, meaning higher costs.

The lack of adequate gas storage (the UK has just 1 percent of Europe’s gas storage capacity) and Britain’s dependency on gas for industry and electricity generation, plus other factors, has shown large energy users in the steel, glass and paper-milling industries that the UK may not have the resilience the government has claimed.

In 2019, Raoul Ruparel, a Brexit-supporting former adviser to Theresa May, was interviewed by Gary Gibbon of Channel 4 News. Gibbon asked if Ruparel could name any sectors of British industry that welcomed Brexit. His response was interesting:

He could not name a single one, even after being pressed.

We are now starting to see exactly why that was. Johnson’s industrial strategy to create a high-wage, high-skilled economy is nothing more than a reckless gamble. British industry has been thrown into the deep end, while ministers urge companies to ‘take advantage’ of the global ‘opportunities’ of Brexit.

Cash strapped and struggling to recover from a global pandemic, businesses are now facing higher taxes, increased costs and cheaper competition from abroad, ushered in and supported by their own government. It is not a good springboard for Britain’s global ambition.

Mrs Thatcher famously once said “you can’t buck the market,” and despite all the rhetoric and the slogans, market forces will eventually have the last word on Brexit.

For much of industry and farming it is now sink or swim. But for the party of business, it is beginning to look suicidal.