Boris Johnson was never going to extend the transition period, pandemic or no pandemic. 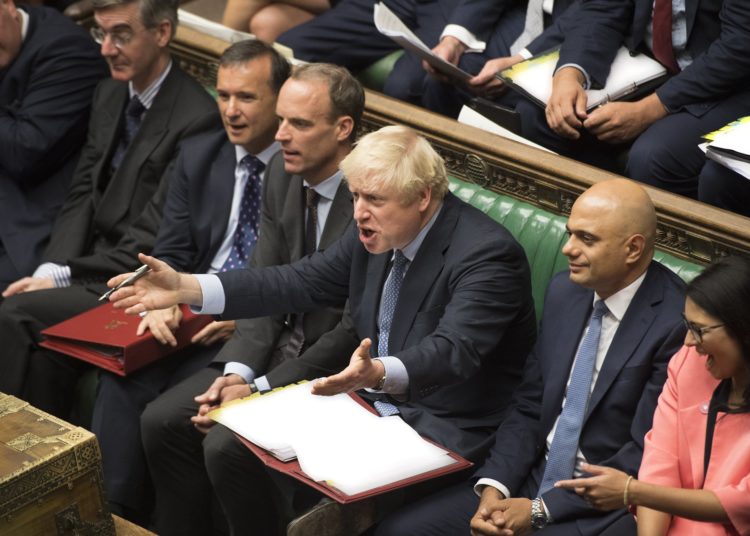 Boris Johnson was never going to extend the transition period, pandemic or no pandemic. It was never politically tenable to win an election on the back of ‘Get Brexit Done’ only to go back on his word six months later.

An extension would be attacked as betrayal however it was dressed up, all the more so as the pandemic eases. The last thing Johnson needs is to be seen to channel Theresa May by going cap in hand to the EU when the clock runs down. He is supported in this by the only opinions that matter to him – most 2019 Conservative voters and his Vote Leave cabinet and chief adviser.

Johnson should beware. What works politically in June 2020 could be disastrous in June 2021. The end of the transition period brings with it political and economic realities that have been deferred since the referendum. Brexit has always meant a hard choice between sovereignty and the economy. That choice has consequences that even Johnson cannot overcome or disguise.

Theresa May, hard though her Brexit deal was, paid at least some attention to the needs of the economy and won a genuine concession from the EU with the right to keep the whole UK in the customs union. Johnson dismissed this as surrender and chose instead to accept a hard border within UK territory.

Johnson’s rhetoric is all about the primacy of sovereignty. The UK will become an ‘independent coastal state’ with sovereignty over fisheries, state aid, workers’ rights and environmental protections. Any hint of a ‘level playing field’, which Johnson agreed to as recently as last October, is now regarded as foreign interference.

What is marketed as principle is no more than the next step in the government’s branding of the EU as the enemy. Johnson is happy to include level playing field provisions in trade agreements with the US, New Zealand and others. Such provisions are common in trade deals between nations, much as the government likes to claim otherwise when it comes to the EU.

Other articles by Mike Buckley:

The problem for Johnson is that at the end of the transition period he has to choose. He will no longer be able to hide behind rhetoric while deferring real decisions. And there are consequences. Back down on sovereignty and his Leave voter base will feel betrayed. Brexit will not have been done because for them Brexit is only legitimate is the UK is truly ‘free’.

If he does as he has promised though, Johnson’s problems are twofold. The economic impacts are well known but no less serious for it. The harm caused to the economy will be additional to that caused by the pandemic. And because Brexit will affect different industries and sectors, the effects will not be able to be disguised as part of the virus impact. Coronavirus has not stopped supply chains dead, imposed tariffs or made industries as diverse as sheep farming and car manufacturing economically unviable; but a no-deal Brexit will.

Johnson is also bound politically. Recent research showed that 90 per cent of the voters who voted Conservative for the first time last December think that getting a deal is important. They will judge him if he fails, just as many of his supporters will judge him if he agrees anything that smells of compromise.

Conservative-supporting papers are full of stories of EU compromise. They want the EU to back down on the level playing field, allowing the UK to sail free while still having access to the single market. Johnson would have his cake and eat it – sovereignty and a saved economy. What they forget is that the EU’s position has been crystal clear since before the referendum: there is no access without playing by the rules and the EU will do nothing to compromise the integrity of the single market. If anything, EU resolve is hardening on this point. Angela Merkel’s recent statement that the UK will have to ‘face the consequences’ of Brexit was not one of someone about to back down.

The get-out-of-jail-free card being floated in the right wing press is that the UK will win the right to diverge but only face tariffs or other barriers if it actions them. Again, this fails to note the EU’s perspective. They are already tightening agreements with other nations including Switzerland and China, tiring of the constant negotiations and monitoring caused. They will not agree to a status quo where they need to constantly monitor Johnson’s government for breaches of the rules.

What does this mean for those of us who want to keep our jobs, pay our bills and give our children the best possible future? It means that the government is failing us. It means that four long years after the referendum it has still not resolved the fundamental question at the heart of Brexit – how to leave the EU and maintain a viable economy. It means that approaching the worst recession for 300 years the government is choosing to add more disruption and uncertainty. It means that jobs will be lost that could have been saved, young people leaving education will have a harder time getting their first job, and industries and businesses that could have been saved will close.

Some of this harm is now inevitable, whatever happens at the end of the year. Some businesses will close because banks will not lend while their viability is unclear. If there is no deal, or a very restrictive deal, there will be more. If Johnson does finally surrender to EU demands, as he did last October, there will be some respite.

For Johnson, as with so many decisions in his career, not extending the transition period is a decision that works now. He keeps his core vote on side. He keeps feeding the right-wing press’s anti-EU rhetoric. But this time he cannot escape the consequences. By the end of the year either he surrenders and signs the UK up to obey rules over which we will have no say, or he keeps his word and signals huge and needless economic damage. Either way his voter base will notice and will judge him accordingly.