Last Saturday, The Telegraph carried a report about British international haulage companies facing disaster without a trade agreement at the end of the year: Three quarters of hauliers face loss of permits in no-deal Brexit. 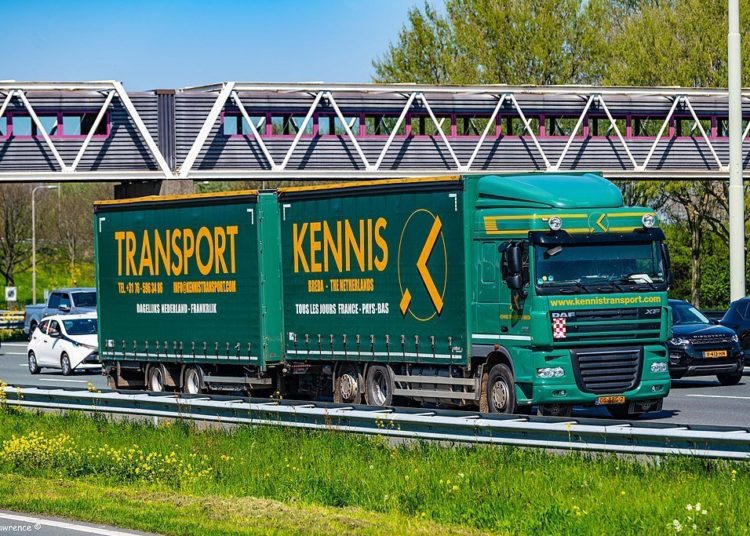 Last Saturday, The Telegraph carried a report about British international haulage companies facing disaster without a trade agreement at the end of the year: Three quarters of hauliers face loss of permits in no-deal Brexit.

This was a reference to the EU’s notice published on 9 July about the coming changes once the transition period ends. Yorkshire Bylines reported it the following day in our article: EU Launches its own shock and awe campaign early.

The Telegraph report is delivered as if from an innocent bystander, rather than a willing and active participant in encouraging and supporting the potential disaster about to engulf Britain’s haulage industry. Although the right-wing broadsheet now seems to be distancing itself from the consequences of Brexit, it indicates that the penny (or pound) may finally be dropping.

“When Britain leaves the single market and customs union at the end of the year, lorry companies will lose the right to provide road transport services in the EU. Instead, they will automatically enter the European Conference of Ministers of Transport (ECMT) scheme, which distributes a fixed number of permits per country. There were 8,348 UK-registered international road hauliers last year, according to Department for Transport data. However, under the ECMT scheme, the UK would be allocated permits for only 2,088 companies.”

Even this doesn’t cover the full extent of the problem. In written evidence to a House of Lords committee in September 2018, the Freight Transport Association said:

“ECMT permits would cover 2% to 5% of transport needs and would only allow 1,224 UK haulage companies to operate in the EU. Similar restrictions would be faced by EU hauliers willing to operate in the UK. This would not only decimate the UK international haulage industry, it would also affect all sectors of the economy that rely on international just-in-time supply chains.”

In other words, without an agreement on road haulage, the tsunami-like flow of goods delivered by road between the UK and the EU every day will be reduced to a trickle. The Independent has warned that this could lead to food shortages at the end of the year, since 40 per cent of UK vegetables and 37 per cent of fruit comes from the EU.

According to the government, a single permit is valid for one year and can be used for an unlimited number of journeys. It can be transferred to other vehicles belonging to the same operator, provided no more than one truck uses the permit at any one time in the EU. A company can hold up to 10 permits. The application process looks extremely bureaucratic and the permits would cover only a tiny fraction of Britain’s needs.

“If you learn whether you have the right to continue operating as a company on Dec 28 and the only fallback plan is the ECMT system, which requires applications and allocations for permits, it will be too late,” Ms Laouadi said. “It’s not trivial.”

The Telegraph and the Freight Transport Association might also want to see the additional 32 pages of text which the EU quietly added to their draft future relationship treaty last week. It concerns the road transport of people and goods after December this year. The title says it is “substituting certain placeholders in Title XII and Annex ROAD-1 of the draft text of the Agreement on the New Partnership with the United Kingdom.”

It’s not clear if it was agreed with UK negotiators or is a unilateral proposal by the EU. It replaces a series of blanks in the original 440-page text published in March. See pages 195 and 368. The first draft merely set a basic rule that neither side could “reject or prohibit the use in its territory of a vehicle undertaking a journey referred to in Article ROAD.4 [Transport of goods between and through the territories of the Parties] if the vehicle complies with the requirements set out in Part C of the ANNEX to this chapter.”

The new text sent to the UK on 15 July sets out the terms the EU will demand of UK hauliers and coach operators. It includes an authorisation process to show that EU requirements have been met in order to permit continental journeys by road. The haulier must show evidence of having capital and reserves amounting to €9,000 for the first vehicle over 3.5 tonnes and €5,000 for every subsequent one, although this might be achieved by a bank guarantee or an insurance policy.

To become authorised, the operator must be of good repute. In determining ‘good repute’, the relevant country’s decision makers will take into account any convictions or penalties, or serious infringement of national rules, that the road haulage operator – transport managers and/or executive directors – has in the fields of commercial law; insolvency law; pay and employment conditions in the profession; road traffic; professional liability; trafficking in human beings or drugs; and tax law.

Operators must not have been convicted of a serious criminal offence or incurred a penalty for a whole list of things including driver’s hours, road worthiness of vehicles, qualification and training of drivers, animal transport, and so on.

The draft text sets minimum qualifications for drivers who must have received “advanced training in rational driving” and be knowledgeable about “curves relating to torque, power, and specific consumption of an engine, area of optimum use of revolution counter, gearbox-ratio cover diagrams” as well as a whole list of other issues including fuel consumption and “calculation of payload of vehicle or assembly, calculation of total volume, load distribution, consequences of overloading the axle, vehicle stability and centre of gravity, types of packaging and pallets.”

There are all sorts of details about the training required, the amount of time the training should take (280 hours) and subsequent periodic training (35 hours worth every five years) and so on.

Many sectors of the UK will be beyond the reach of the EU after the end of the year, but not apparently international hauliers.