Marcus Cain looks at the truth behind the UK government's rejection of the EU's offer of visa-free travel for musicians and crew. 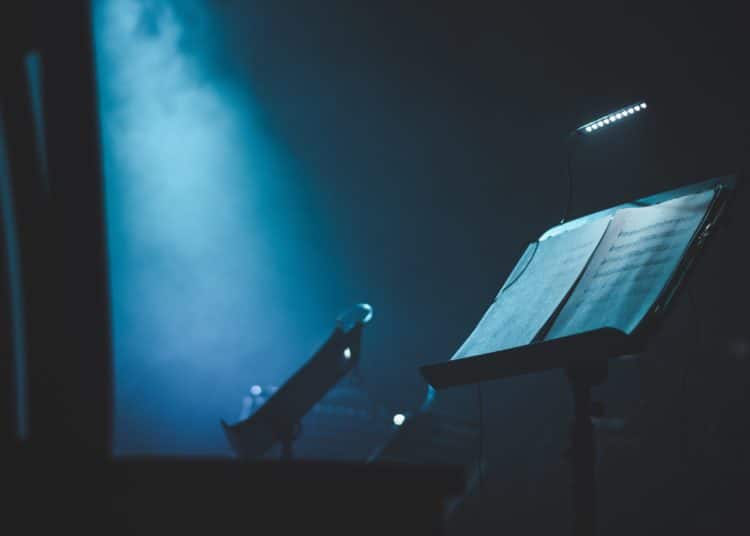 There has been much controversy and confusion amongst musicians and creative professionals over the past few days with regards to reports that the UK government turned down an offer of visa-free touring arrangements for musicians and crew post-Brexit. Brexit was always going to be a disaster for the creative industries that rely so heavily on freedom of movement and close cultural connections with our continental neighbours, but what exactly is all the uproar about at the moment?

It was reported at the end of December, as the Brexit deal was just being finalised, that Boris Johnson’s negotiators had tried to add musicians and creatives to the limited list of people that would be able to travel to and from the EU for work visa-free, but that the EU had said no. This was of course a massive blow to the industry, but not much of a surprise. Then in early January, in a shock twist to the sick real-life soap-opera that is currently being directed by the most incompetent government in living memory, the Independent reported that, in actual fact, the EU had put forward a proposal that would exempt UK performers from costly visas and work permits for 90 days, but our government turned it down.

What followed was a ‘ping-pong’ of blame shifting, with government ministers sticking to the line that ‘it’s all the EU’s fault’. Culture Secretary Oliver Dowden even wrote a piece for the NME in which he claimed “It was the EU letting down music on both sides of the Channel – not us”. However, rather unsurprisingly, it seems our government was lying. It’s been confirmed by the EU’s Brexit negotiator Michel Barnier that they did offer a 90-day visa-free arrangement and the UK government has admitted to turning it down. Unbelievably though, the Department for Digital, Culture, Media & Sport (DCMS) still tried to claim it was the EU’s fault in their response to a petition for visa-free arrangements for musicians (which has reached over 260,000 signatures), even after it’s been confirmed that isn’t the case.

Making ill-advised decisions that will negatively impact thousands of people and end lifelong careers is something that seems to come naturally to our Vote Leave government, so this one fits the bill nicely. Number 10 hasn’t provided an explanation as to why they turned down the generous offer, but I suspect it was something to do with those pesky Europeans insisting on a reciprocal agreement for EU musicians wanting to come and perform in the UK. Boris is quite happy to insist we can have our cake and eat it, but when the answer turns out to be no, then no one gets any cake. Allowing musicians to travel to and from the EU to perform, even if only for 90 days in every 180, wouldn’t really fit with Priti Patel’s rhetoric of “ending freedom of movement” and I imagine the ‘Go-Home Office’ probably made the final decision on this, and embarrassed Oliver Dowden and the DCMS department into trying to cover it up.

But let’s put this specific situation to one side for a moment. Unfortunately, we have to come to terms with the fact that UK musicians’ and creatives’ careers, along with the reputation of our creative industries as a whole, have already been badly damaged by the entire Brexit project.

I can speak from personal experience as a session musician on this – prior to the 2019 general election I had several gigs in EU countries in the diary, but shortly after the result was confirmed, and Brexit was now a firm reality, all my EU work was cancelled. On paper there was no reason why the gigs couldn’t have gone ahead as the transition period ran up until the end of 2020. But it’s the closed, xenophobic, exceptionalist image of the UK, portrayed by the likes of Boris Johnson and Nigel Farage, that is so damaging to us.

Why on earth would a promoter or venue owner in Spain risk bringing musicians over from a country now led by someone proven to be unfathomably incompetent, uninformed and dishonest with a track record of impetuous U-turns and contempt for the EU? They have 26 other countries full of talented musicians and professionals to choose from. Even with a 90-day visa-free agreement, multiple barriers have already been erected and they will prove insurmountable for many in the UK.

All this begs the question, why would our government, a Conservative government, let an industry that is our second-largest export and worth over £5.8bn a year to the UK economy wither and die? I’m always very reluctant to reduce the culture ‘industry’ down to just its economic value – arts and culture help us think differently and independently, understand things we wouldn’t be able to otherwise, and empathise with others. Perhaps that’s the reason. Along with the fact that maintaining cultural and artistic ties with the continent simply isn’t compatible with the ‘closing the borders’ brand the Tories are going for, perhaps they’ve realised that empathy, creativity, understanding and independent thought aren’t things you’d find in someone willing to vote for a borderline far-right populist who couldn’t care less about you and the country as a whole.

Whatever the reason, we can take heart from the fact that France has decided to unilaterally exempt UK performers from work permit and visa requirements, which will hopefully encourage others to do the same. And, perhaps most interestingly, we now know that the offer of a 90-day arrangement is still on the table and so it will be this government’s own decision, in possession of all the facts, whether to accept the offer and give UK performers a lifeline or turn it down and end the careers of tens of thousands of people. Nowhere to hide, no one else to blame, the ball is in Johnson’s court.