With headlines about the UK being prepared to breach the treaty agreed with the EU, and the end of free movement looming, many EU citizens in the UK still have good reason to be uncertain about their future in the UK. 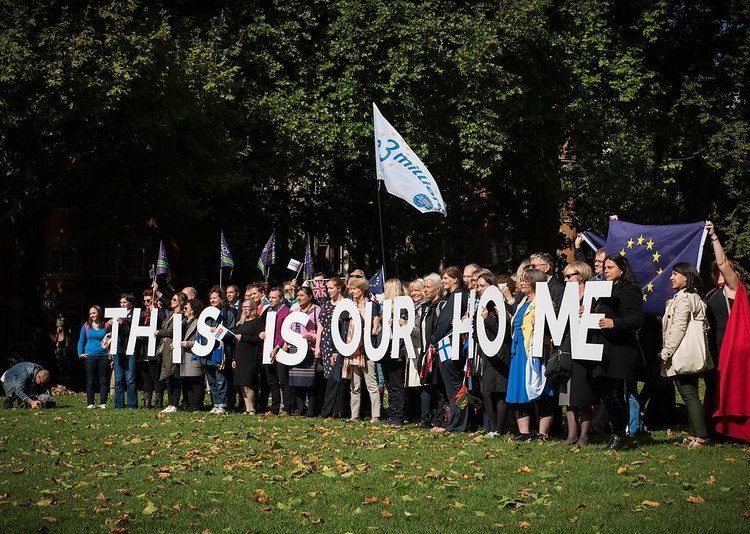 With headlines about the UK being prepared to breach the treaty agreed with the EU, and the end of free movement looming, many EU citizens in the UK still have good reason to be uncertain about their future in the UK. And with huge changes to the immigration process fast approaching, they are about to become guinea pigs for a new Home Office digital-only ID system that could expose many vulnerable people to the ‘hostile environment’ for the first time.

There are over 200,000 citizens of EU countries living in Yorkshire (2019 figures). They and their family members must all apply to the Home Office ‘EU Settlement Scheme’ for a new immigration status by 30 June, 2021. But where family members from non-EEA countries will have a biometric residence card to prove their right to stay in the UK, and British citizens can show their passport as proof, EU citizens must go through a complex checking process via the Home Office website every time. If just one part of the process fails, it all fails.

Not everyone will have the skills they need to navigate the new system – many older people who don’t use the internet except for email will depend on others for help. People without smartphones, digital literacy or English language skills will struggle to prove their status to employers, landlords and jobcentres. For now, EU citizens can use their passport as proof of the right to live and work in the UK. From 1 July next year, the system will change overnight and 3.6 million people will depend on the digital-only system working for them 24 hours a day, every day: when opening a bank account, getting hospital treatment, or returning home after a holiday abroad.

“We are seeing more and more cases of people who can’t access their immigration status online”, says Saba-Gabrielle Moussa, who runs an advice clinic at the Salvation Army in Bradford as director of the charity UK Butterflies.

“We recently had a few cases of Polish citizens where a community charity had applied on their behalf, and they didn’t know how to access their status. The centre had created an email address on their behalf, and used the charity worker’s private phone as a contact. We were able to sort out the situation with the charity’s help, but most of the people we deal with are not computer literate, and that leaves them vulnerable to exploitation.”

Everyone living in the UK now has to navigate the hostile environment measures, introduced by Theresa May as home secretary, and be able to prove their immigration status to get a job, rent property, open a bank account and access social services. We are already seeing EU citizens being refused access to universal credit during the Covid-19 pandemic. Again, the digital-only system presents an extra barrier to getting help for people who don’t have the right login at the right time.

“We had a client fleeing domestic violence who couldn’t access universal credit, and ended up in a refuge for three months with her children”, says Vie Clerc, an outreach coordinator and immigration adviser at UK Butterflies in Bradford. “She had settled status and was entitled to help, but her husband had applied on her behalf using his phone, email and security questions and refused to give her the details”.

Even when EU citizens have the right details to hand, some employers and landlords will be unable or unwilling to check a digital-only status. My campaign group ‘the3million’ has just published a study showing a majority of smaller employers admit they are unclear about the new rules of employing EU citizens after free movement ends, and that almost one in five employers prefer to inspect physical documents as proof of the right to work. The worry is that with so many people searching for work, employers and landlords will discriminate against EU citizens in favour of someone with a document as proof.

A digital system will not work for everyone, always and everywhere. Vulnerable EU citizens risk being thrown under the bus by the new digital-only system: elderly people needing healthcare, tenants in rented accommodation, people who have lost their jobs due to the Covid-19 pandemic.

That’s why the3million is campaigning for changes to the immigration bill to provide those who need it with the option of physical proof as a backup to their digital immigration status. The campaign is called #Deniedmybackup and a crowdfunder has been launched. But this won’t solve the fundamental problem, that requiring landlords and employers to check immigration status increases discrimination against foreign nationals and people of colour. Only dismantling the hostile environment will do that.

In the short term, the government should make a simple practical change to the EU settlement scheme: provide people who need it with proof of our status we can hold in our hands. This will help prevent exploitation and discrimination and more than that, it will give EU citizens the peace of mind they so desperately need right now.