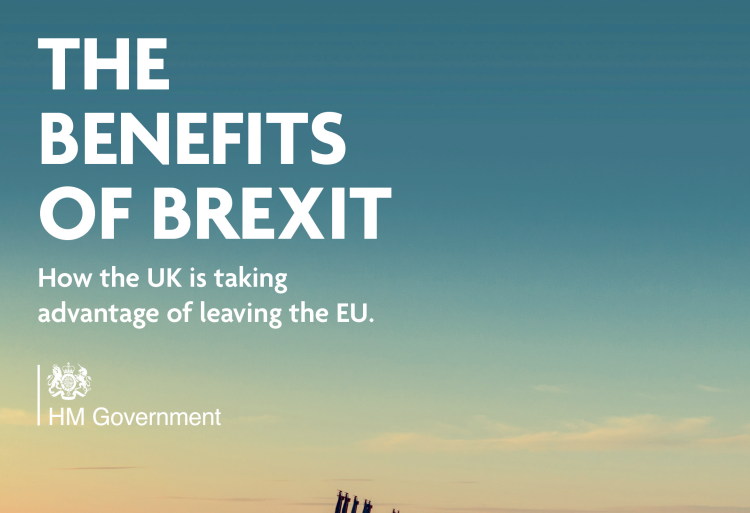 The recently published ‘Benefits of Brexit’ paper appears to have landed badly and has been given a something less than lukewarm reception – by both sides of the argument. Described as “fundamentally meaningless” by Professor Chris Grey and by Lord Hannan as “thin, watery, tasteless gruel”, nobody seemed satisfied. This is a situation that many people predicted in 2016, given the political breadth of the coalition behind Brexit.

Reading the paper’s 105 pages is like being on the receiving end of a Johnson argument: a flurry of head-snapping but irrelevant and inconsequential assertions, confidently delivered and sprinkled with the odd and barely recognisable fragment of truth, all calculated to win the argument by battering you into submission.

It is the kind of report not intended for serious reading or analysis, but as a thickish document to whack unbelievers over the head, to create the impression of substance, written, as Orwell once said, in the sort of political language “designed to make lies sound truthful and murder respectable, and to give an appearance of solidity to pure wind”.

It may have come across better if the government wasn’t at present stumbling from crisis to crisis, many of them as a direct result of Brexit. Delays at Dover, plummeting exports, soaring energy costs, falling living standards, and the ongoing difficulties – currently boiling over again – surrounding the Northern Ireland protocol.

But for all that, you have to admire its civil service authors – for sheer chutzpah if nothing else.

It is very cleverly constructed, like a normal government paper. The 287 bullet points spread over more than 50 sections cover every possible area of the British economy.

The first few items – under the dubious heading, ‘Our achievements so far’, list some points which are incontrovertible facts (setting our own global tariffs for example) if sometimes of doubtful benefit, interspersed with other points that are either arguable or plain wrong. We could, for example, have streamlined import/export controls, had blue passports or crowns on pint glasses, while inside the EU. Other points are simply assertions and a lot are purely aspirational, such as reviewing retained EU law, which may or may not result in significant change at some future date.

But it sets the tone for the rest of the paper. Bold headings, bullet points and sub-headings in blue followed by a paragraph of black text. Each point looks the same, giving the impression the designer was trying to stretch a small fig leaf of fact to cover a lot of propaganda.

Clearly, we no longer contribute to the EU budget as members do (although we will pay towards some EU programmes like Horizon) but the next point, carefully juxtaposed below, seems to cleverly link that saving with increased NHS spending. If this is the case, one is entitled to ask what the £12bn a year raised for health and social care by the national insurance increase coming in April is actually for?

Moreover, the £57bn for the NHS is in cash terms, not adjusted for inflation, it covers a ten year period from 2016 to 2025 and is given in the value of 2025 pounds, despite the fact that it will be worth much less by the time we get there. 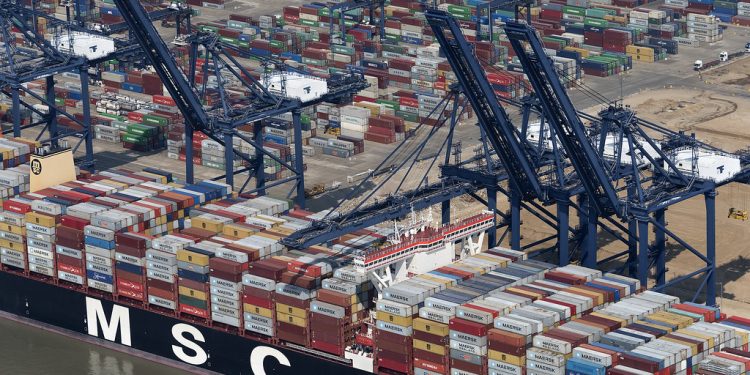 In the rest of the paper, there is a lot of ‘driving’ (21 mentions) being done – usually coupled with the word ‘forward’ (22), in case you misunderstood what Brexit was for. There is even more ‘building’ (32 mentions) work to be undertaken. Our new found ‘freedoms’ (33) are going to be used to ‘build’ (34) a lot more things as well. There are a lot of ‘ambitions’ (27), and rest assured when we get there, whatever is projected to happen will be ‘ambitious’ (17) and ‘tailored’ (14) to British needs.

There are no fewer than 29 references to Britain either already being or becoming ‘leaders’, in everything from quantum science and technology, to championing the rules-based international trading system. I fear that in this, ambition may have got the better of the writers and they have tumbled into delusion.

The document even claims Britain wants to ‘slash’, ‘tackle’, ‘address’ or ‘reduce’ barriers to trade, even as a new trade border is created inside our own much smaller home market. Exporters are drowning in a swamp of new red tape introduced by Brexit, already facing huge barriers to trade in goods and services with our largest overseas market, and expecting more to come later this year. To many, the document will be a sick joke.

Far from congratulating the civil servants for creating a feast out of very little, Lord Hannan dismisses it as “thin gruel” and the “world-view” of Whitehall. Talk of new regulatory regimes or new agencies or a new subsidy mechanism, doesn’t impress him at all. He literally wants regulations scrapped altogether and a return to a sort of Victorian-era wild west where burly entrepreneurs settle things in bare knuckle fights or hire hit men. Think Moscow circa 1992.

The Brexit-backing peer may be interested in (and no doubt puzzled by) a report to be released this week by the Global Britain Commission, chaired by his Brexit chum Dr Liam Fox. It apparently proclaims that Brexit could deliver a £500bn ‘windfall’. The operative word here of course being ‘could’.

The Daily Mail gleefully reports on it:

“While the UK is one of the most significant trading nations in terms of absolute export value, bringing in £601 billion of exports and £598 billion of imports in 2020, its performance on a per-capita basis is less impressive. By that measure, exports of goods and services in the UK in 2020 were around £8,597 per capita compared with £15,645 in Germany.”

“By boosting our exports per capita to equal Germany, the UK would bank an extra £474 billion, the commission says, and create export-related jobs which pay seven per cent more than the current average salary in the UK.

Eagle-eyed Mail readers possessing a gift for geography and a school atlas will perhaps spot that Germany is in Europe and is actually in the EU. Indeed, unless my memory fails me, it was a founding member and is weighed down with all the terrible EU regulations that Hannan desperately wants rid of.

Let us hope the Global Britain Commission’s report will be able to tell us how Germany has managed it when we have not? This is a point made endlessly in 2016 and many times since, but it still remains unanswered.

Warning: On no account hold your breath for this.