Problems at Felixstowe threatens food supplies as containers held up at Dutch ports unable to cross to the UK. 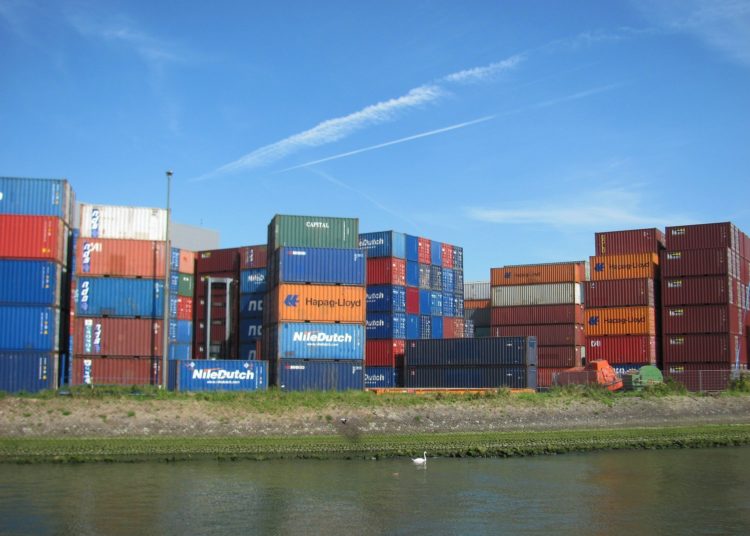 Image by IneBerns from Pixabay

The Grocer, an online service and weekly magazine covering the fast-moving consumer goods sector, reports that food destined for UK supermarkets is becoming stuck in Dutch ports because of blockages at Felixstowe. Shipping lines are refusing to release the goods for road transport back to the UK

Shippers have begun bypassing Felixstowe, to avoid the worst of the disruption caused by a lack of empty shipping containers and increased import volumes trying to get into the UK.

Steve Swain is business unit director at Minor, Weir and Willis, one of the UK’s largest handlers of fresh produce, based in Birmingham. He is quoted saying, “We’ve been a week now trying to sort out documents on two containers of ginger stuck in Zeebrugge that we can’t get trucked back to the UK because the shipping line is determined to sea-freight them back to Felixstowe”.

Goods that could have been driven across to the UK within 12 hours are being delayed, because the paperwork required to change the port of destination can take days, said Swain. “It’s maddening, but alongside all of the chaos of Felixstowe, we’re now in the middle of a load of bureaucracy as well”, he added.

Head of international trade at the Food and Drink Federation, Dominic Goudie, said the diversions are costing some small suppliers “hundreds of thousands of pounds a month”, with significant impacts on their ability to prepare for next year.

The Grocer claims that supermarkets face similar difficulties, with some reporting increased shipping costs of 25 percent, week on week.

The British Retail consortium’s director of food and sustainability, Andrew Opie, has written to the transport secretary Grant Shapps to urge him to “take all action possible to clear the logjam” and allow goods to flow seamlessly into the UK.

Retailers are facing challenging circumstances with shipping rates rising, disruption at UK ports coming ahead of Christmas and Brexit, and the continuing coronavirus pandemic.

Richard Ballantyne, chief executive of the British Ports Association, has claimed the issues were “cascading” beyond container ports, with delays at lorry ports now increasingly common. “I think all the RoRo [lorry] ports on the east coast are certainly seeing increased activity”, Ballantyne said.

Tesco has already confirmed this week that it is stockpiling ambient food to mitigate disruption. Tesco and Asda have both previously said they will look to spread their European imports around UK ports next year, to avoid the worst of the disruption at Dover.

A tweet from former Labour MEP Richard Corbett on 2 December showed queues of HGVs at Calais, with the French media also reporting significant queues due to increased levels of traffic entering the UK.

This morning on BBC Radio 4’s Today programme, a haulier from Kent, Mr Clive Mills, told Martha Carney he has reduced his fleet from 16 to four vehicles:

“Three weeks ago I decided to stop running trucks in and out of Europe because of the queues both sides of the Channel, this side we had a five hour queue, the other side it was 6–7 hours with migrants trying to get across the trucks.

Although some stockpiling of ambient foods may avoid immediate shortages and queues at Dover an Folkestone, it does not bode well for Brexit in January.