The government has sponsored an advertising campaign in a failed attempt to show the ‘opportunities’ of Brexit. 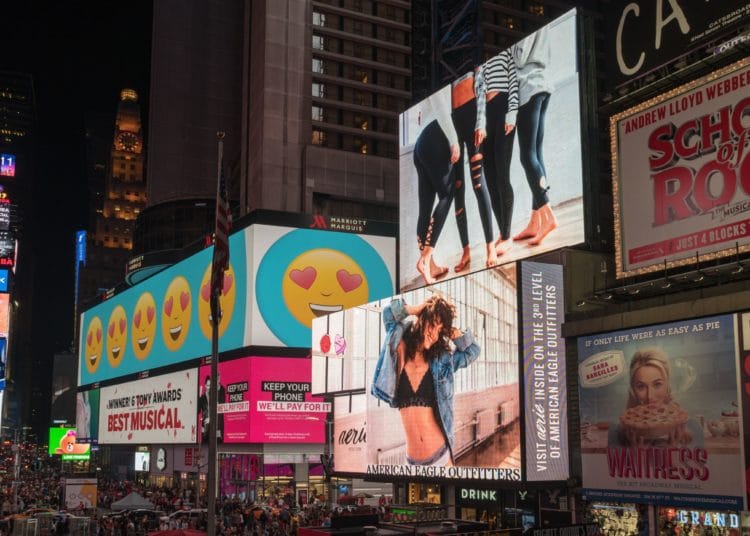 Photo by Marcus Herzberg from Pexels

The government appears increasingly desperate to convince the public that Brexit is a success, against all the evidence to the contrary. It has taken out sponsored adverts, that look like news stories, extolling the virtues of leaving the EU and drowning in a sea of bureaucracy.

This one was from The Metro (and the Daily Mail) last week: How British business is going from strength to strength under the new trade rules.

It paints a glowing picture of life after Brexit and explains how ‘British’ companies are powering ahead under the trade and cooperation agreement (TCA). The article gives three success stories of firms that have “made the switch” to the new trading rules.

Let’s have a look at them because they are not quite what the government would like you to think.

The founder of Acqua & Rock, Dea Baker, is pictured and her company which is described as a supplier of “sustainable clothing” based in Scotland, but with no address on the website. Speaking about her business she said:

“I wouldn’t have a business if it hadn’t [adapted to new rules], in all, I work with five European countries and I tend to export most to Germany, the Netherlands, Denmark and Belgium”.

Acqua & Rock Ltd was incorporated in February 2020. The registered office is what seems like a residential address at Fort Street, Broughty Ferry, Dundee. There are as yet no accounts filed so we have no idea of its size or turnover.

Last September, the article claims, she began investigating the changes needed to prepare for the end of the Brexit transition period.

“Our first shipment under the new rules was from Amsterdam, and it arrived within 24 hours. I was impressed. I haven’t experienced any delays. Even when goods come via Dover – I’m up in Scotland – I haven’t had any trouble. We’ve adapted and survived and we’re growing – we’ve just employed some more people.”

Ms Baker was also a director of Acqua Nil Ltd from its incorporation in July 2020, but an application was made to strike that company off the register in October 2020 and it was dissolved last month.

As Dea McGill she was a director of three other companies, two of which were dissolved within months and the other, Tayone Food Ltd, went into administration in 2018 after two years.

This is not to detract in any way from Mrs Baker who is to clearly trying to create a thriving business, but it’s worrying that she is one of the best examples that the government can find.

Another firm lauded is RS Acqua Ltd. This is a slightly more substantial business formed in 2014, run by Martin Stemp and his wife Ruth, based in Portsmouth at Marina Keep, Port Solent.

Their last accounts were filed in May 2020, made up to August 2019 showing it employed 10 people on average including the two directors. It had significant assets of £304,000. They are a distributor of oceanic equipment made by “international manufacturers and service providers” and presumably imported into the UK. Exports, or presumably re-exports, made up just 15 percent of revenue although we don’t quite know what this amounts to since the accounts don’t list turnover.

RS Acqua Holdings Ltd, another company owned and run by Mr and Mrs Stemp, have micro company accounts made up to August 2019 showing assets of £2.1m. In 2018 and 2019, the holding company employed one person on average.

Again, I’m sure RS Acqua Ltd is a nice business, but I question if it is a good guide to how easy it is to export. They don’t seem to be exporting a great deal, or assembling products using parts imported from elsewhere in Europe. Neither are they in a just-in-time environment and they don’t deal with food products or products of animal origin. All of which are far more problematic as far as exporting to the EU in 2021 is concerned.

Finally, we come to Control Techniques, or should I say Nidec Control Techniques Ltd (NCTL), a subsidiary of a Japanese company, Nidec Corporation, manufacturers of AC, DC and servo variable speed drives for printing, packaging, machine tools and elevators. It was founded in 1973 in the UK and has a strong customer base in Europe.

Nidec is already a global business with manufacturing and sales operations across Asia and North America. The UK operation in Wales reports to an immediate European parent, Nidec Europe BV, based in Holland. From the accounts for the 18 month period ending March 2019, NCTL appears to be just an accounting vehicle since its turnover, at a little over £20m, starts off as 100 percent gross profit before being whittled down by all the ‘administrative expenses’ beloved of international conglomerates to just £91,000 on which they paid £43,000 in tax.

The actual manufacturing is done by Nidec Industrial Automation UK Ltd in Newtown, Powys, with 433 employees and a significant turnover of £182m, again over an 18-month period ending March 2019. It made a profit of £8,545,000 and was able to pay a dividend of £85m.

President Anthony Pickering says, “We export to 77 countries, so we had to be well prepared. We made sure our suppliers were ready and had contingency plans in place – for example, if the port at Dover became blocked. They had to prove that their suppliers also had a plan, reaching all the way back down the supply chain”.

He claims his business hasn’t “missed a beat” but even he says, “There are some delays, thanks to logistics but I think it will figure itself out”.

So, we have a Japanese company, described as British, with a parent company in Holland that I suppose can easily handle the new VAT rules in Europe, and the best they can offer as Brexit’s USP is that not much has changed, beyond a few delays in logistics. I assume there are also added costs of customs declarations when transporting into Europe, something he doesn’t actually mention, plus a rise in freight costs.

This is the best the government can manage, and even then, they have to do that by a paid advert. Welcome to Brexit.

Correction: This article has been corrected. Nidec Industrial Automation made an after tax profit of £8,545,000 and not £8,545 as previously stated. The company paid £1.658m in UK taxes.