The simmering row between road hauliers and the government burst into the open yesterday when the chief executive of the Cold Chain Federation told Cabinet Office minister Michael Gove, “don’t patronise us.” 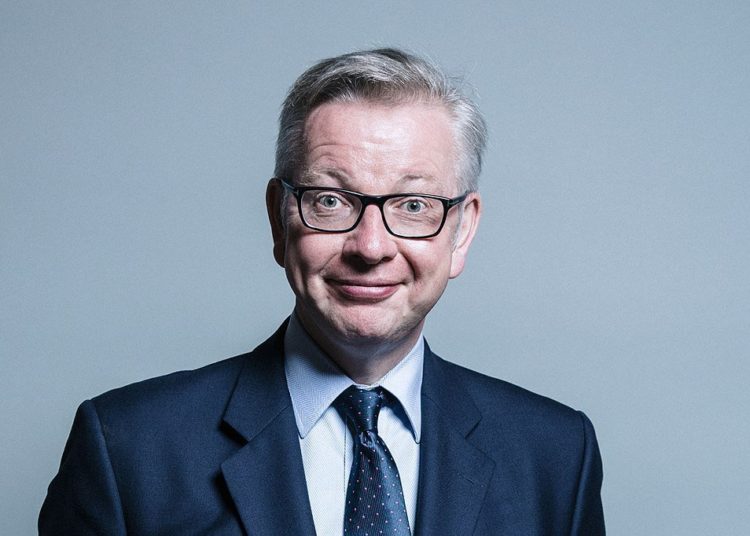 The simmering row between road hauliers and the government burst into the open yesterday when the chief executive of the Cold Chain Federation told Cabinet Office minister Michael Gove, “don’t patronise us.”

Shane Brennan had just become aware of Gove’s comments in front of the future relationship select committee on 27 May. He tweeted his frustration at the minister’s apparent cheap dismissal of industry concerns about a total lack of preparedness for leaving the customs union and the single market at the end of the year.

I’m coming to this a bit late but @michaelgove‘s attempt to dismiss our concerns about just how unprepared the UK is to operate a functioning border as ‘part of the game’ in parliament last month is pretty infuriating (#Brexit thread, cause we all love those) 1/ pic.twitter.com/YNwd3i079s

In May, when the chair of the committee Hilary Benn put Brennan’s comments about the UK being “hopelessly ill-prepared” (question 247) to the minister responsible for no-deal planning, Gove brushed them away. He said:

“It is part of the general to and fro in which organisations seek to articulate with a particular degree of force the request that Government respond to their demands.”

“It’s not hyperbole – it’s a reality – @michaelgove told us in February that ‘deal or no deal’ the UK would conduct food health checks on EU goods – and that EU goods would be treated no differently to goods from anywhere else in the world – and yet as @pmdfoster [of the FT] reported this weekend we have no infrastructure in place, no process to do it and no time to make this a reality – that to me is the definition of ‘hopelessly ill-prepared’.

“We’re not naive the political strategy is set, the game is going to be played – be ready for the ramping up of the no deal crisis planning again (from July) – the politicians are going to shout and blame – but let’s be clear we the businesses that have to do this are exhausted.

“So, please @michaelgove don’t patronise us”.

Brennan’s outburst came on the same day that the chair of a major software company providing solutions for freight forwarders and logistics businesses, described the end of December time frame for implementing new checks on goods moving between GB and Northern Ireland as “not viable.”

This is according to a report in the American Journal of Transportation dated 9 June. Agency Sector Management (ASM), based in Ashford, Kent was formed in 1994 by the British International Freight Association (BIFA) to provide technology and support for the freight forwarders who are members of BIFA.

Now an independent, not for profit business owned by its customers, it designs and develops customs and freight management software. According to the AJOT report, Peter MacSwinney, chair of ASM said:

“If we were speaking of having a working system in place by 2025, that would be one thing. Brexit is little more than six months away and, without official guidance, the freight community is genuinely concerned that trade between Northern Ireland and Great Britain, in both directions, will be severely affected.”

He goes on to say: “Although we do know there have to be Customs declarations, we do not know what the actual process is going to be, though the Government has said there is no need for a new physical Customs infrastructure in Northern Ireland. Implementation timescales have now become a critical factor, and, to that extent, a 12-month extension of the transition period [our emphasis] would offer the possibility of a practical solution.”

An update regarding Brexit on the company’s website says

“HMRC recently announced a proposed plan for completing delivery of the new Customs Declaration System (CDS). The plan requires all traders to migrate from CHIEF to CDS by September 2020, allowing HMRC to turn off CHIEF [Customs Handling of Import and Export Freight] in March 2021 when the current contract ends.

“HMRC recognise that this timeline is challenging!

“In collaboration with AFSS, AICES, Community Systems Providers (CSPs) and other trade bodies, ASM is engaging with HMRC to ensure that the above timelines evolve to become realistic [our emphasis] and achievable for all parties concerned.

“We will update you as soon as the dates are agreed by all, but you can rest assured that we will deliver a CDS compliant version of Sequoia within the required timelines.

“We, along with most other trade bodies, are sceptical about the achievability of the dates announced by Customs, [our emphasis] for a number of mostly technical reasons.”

It then lists the reasons, which include a lack of coverage, inventory linking complexity, error handling information, and system capacity. On the last issue, ASM say: “Furthermore, declarations to CDS are supposed to allow up to 999 items in each declaration. Currently, the test environment restricts users to a maximum of 14 items (anything above doesn’t work).”

“Many of the solutions to outstanding issues will have a knock-on effect for customs, trade software providers and community system providers alike.

“There are many critical parts and complex interactions between systems and they all have to work together, seamlessly. To ensure that this is successful, ASM will continue to work on behalf of the forwarding community, with all parties involved, to be certain that the necessary functions are available on CDS, the necessary changes to IT systems and business processes are made, and that the whole ecosystem is tested end-to-end.”

The ‘update’ does not itself have a date so it’s not possible to say when it was posted but it appears just another major problem balanced on a knife edge, that must be solved before our final break with the EU on 31 December.