For a country so hell bent on taking back control of its borders, it appears that there are absolutely no controls for Covid-19. 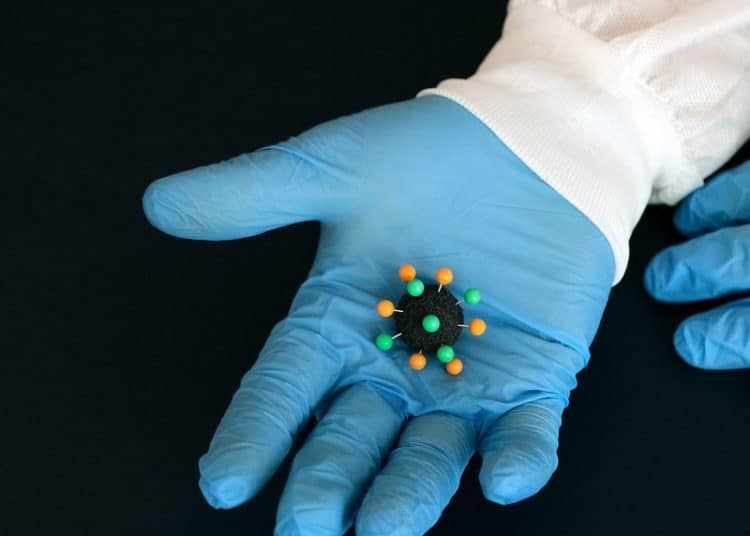 As the UK goes into another brutal national lockdown, many are left wondering why on earth it appears that lockdown is not happening at our borders. For a country so hell bent on taking back control of its borders, it appears that there are absolutely no controls for Covid-19, allowing this deadly virus the freedom of movement denied to so many of us now we have left the EU.

With no mandatory temperature checks, testing, quarantining or track and trace app at our points of exit and entry, travellers who are infected can spread the virus when they get home, even if they test positive and self-isolate later.

Like everything else with this pandemic the government has been all over the place when it comes to border control (and sadly, so have some of the UK population, which is why the disease finds it so easy to spread). As the Guardian reported at the beginning of the pandemic, science advisers realised that thousands of cases, mostly from France and Spain, had been imported into the UK in February and March, seeding outbreaks around the country.

In May, Home Secretary Priti Patel announced that self-isolation periods of two weeks would be imposed on new arrivals to the UK from 8 June, though the chief scientific adviser Sir Patrick Valance ruled out testing visitors to Britain for coronavirus. In September, Boris Johnson went as far as to claim that testing on arrival would only identify 7 percent of virus cases anyway. This appeared to be based on modelling by Public Health England.

(Remember September? That was when we were promised Operation Moonshot – the mass population testing plan that would cost £100bn and would deliver up to 10 million tests a day. It was described by the prime minister as our only hope of avoiding a second lockdown – never mind a third one.)

And therein lies the rub. The government has relied on people to self-isolate when they enter the country, but as the Guardian reported in September, poor compliance with rules on self-isolation meant that only around 20 percent of the population were fully self-isolating when required to do so. Of course, if people don’t comply, then you can test until the cows come home and it will be of little use.

Being an island should have made all this easier for us. Some of those island nations like New Zealand embarked on strict border controls early and it has made all the difference in combating the virus. As Todd Atticus in today’s Guardian said, “the swift actions of Ardern’s government to close borders meant that to date only 25 people have died from Covid-19”. Cuba, with its population of 11.3 million people, has had only 147 deaths. Compare that with our woeful plight.

As I wrote in November, all constituent parts of the UK, including Scotland with its much lower population density at 65 per sq km, have considerably higher deaths per million than other island countries. Look at the evidence compiled by the author Edwin Hayward:

Members of Independent Sage have been calling for controls at the border since late spring. As reported in the Lancet, the group recommended that policies were needed to control borders — at seaports, airports, and for train services to Europe. At their meeting on 29 December they issued a statement calling for an immediate national lockdown:

“We must institute an effective Covid control strategy at our borders. As in other countries, personal travel, especially international travel, must be monitored and regulated effectively, with advance application for travel to and from the UK, a negative PCR test prior to travel and managed isolation on arrival”.

Likewise, the all-party parliamentary group on coronavirus called for the government to adopt a covid secure strategy over two months ago that included full border control. This was after hearing evidence from experts and members of the public across the summer. It beggars belief that between then and now the government has failed to listen and take action to control the situation.

If only the experts had been running the country.

As it is, we find ourselves in yet another national lockdown, but it is only now that the government is looking at what happens at our points of entry and exit into the country. It’s almost as if they have only recently discovered we have borders – which is somewhat ironic, as they have been banging on about them since the Brexit referendum.

According to Jim Pickard, chief political correspondent at the Financial Times, ministers are finalising proposals to tighten up entry into England from abroad, with plans to introduce pre-flight PCR tests for anyone entering the country.

Alex Wickham from Politico – London Playbook said this morning that, “a government official confirmed to Playbook last night that Pickard is on the money and they are looking at the proposal. An announcement is likely this week. Expect it to say visitors will need a negative result no more than 72 hours before travelling”.

What we do at our borders is crucial. The government knows this because it has been preaching the importance of border control for the last four years. And yet when it comes to the coronavirus, freedom of movement has been allowed to run amok. “We’ll be coming forward very shortly with new proposals on how exactly we will make sure that our borders are safe”, Gove told Sky News. Take a punt on when that will be.

What is nailed on, is more dithering and uncertainty from a prime minister who increasingly looks incapable of making a decision about anything. As we all know, closing off your borders is easy, including as a member of the EU – 40 countries managed to isolate the UK within a day of finding out about the new strain of the virus rampant in London and the South East. But why take best practice from other countries, when you have the arrogance to believe you are a world beater? If it’s anything like the recent schools fiasco, expect something shambolic, too little and too late.