Michel Barnier replying to the letter from Mark Francois 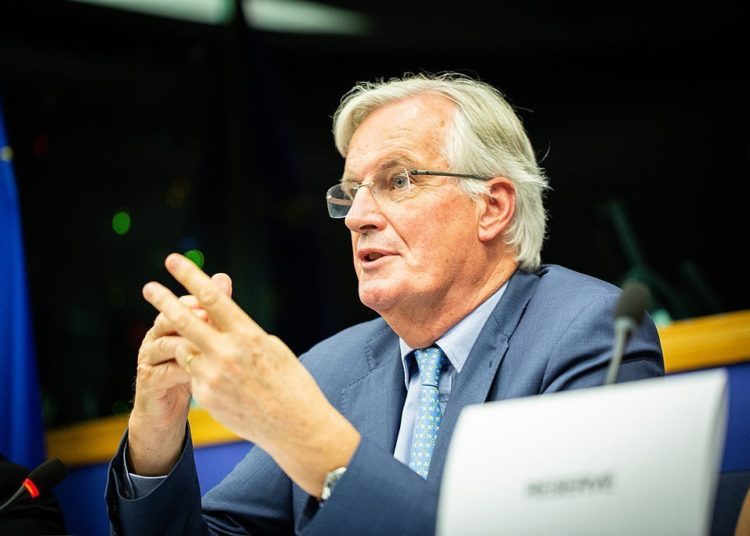 Michel Barnier, head of the EU task force negotiating the future relationship with the UK has replied to the letter sent by Mark Francois MP on 26 June as chair of the ERG. Francois’ attempted intimidation – for that is what it looked like – seems to have failed. The response from the urbane and sophisticated Michel Barnier is a lesson in logic as well as class and diplomacy, not to mention the English language.

Barnier writes in the style of a weary but ever-patient headmaster addressing for the umpteenth time one of the – what shall we say – less-gifted scholars perhaps, trying to explain some simple mathematical fact which the boy is having difficulty with.

Francois had said there was “no way” the European Court of Justice could be allowed any role in the UK’s national life after Brexit, but Barnier pointed out that this is what the House of Commons – including Francois himself – had voted for in the European Union (Withdrawal Agreement) Act 2020 . The ECJ will play a considerable role in Northern Ireland, where much EU law will continue to apply after 2020, including enforcement of the NI protocol.

On the level playing field issue, which Francois was dismissive of – saying it was little more than a demand that the UK continues to follow EU laws and judgments – Barnier says this is “necessary” if the UK wants to conclude an economic partnership with the EU.

That, and a balanced agreement on fisheries setting out quota shares and “reciprocal access” to waters, were two preconditions for our future economic partnership that were “included in the political declaration signed by Prime Minister Johnson.” That is of course the leader of Francois’ own party.

All the EU is asking for, says Barnier, is for the UK to honour its commitments.

The EU chief negotiator ends by explaining the intensified regime of negotiations through August and September, but points out that the format is less important than progress on the substance where so far, “results have been disappointing.”