Last week’s virtual session of the future relationship select committee has sparked quite a lot of comment after it was revealed that Britain lacked a system or even a plan to handle trucks arriving at Dover. 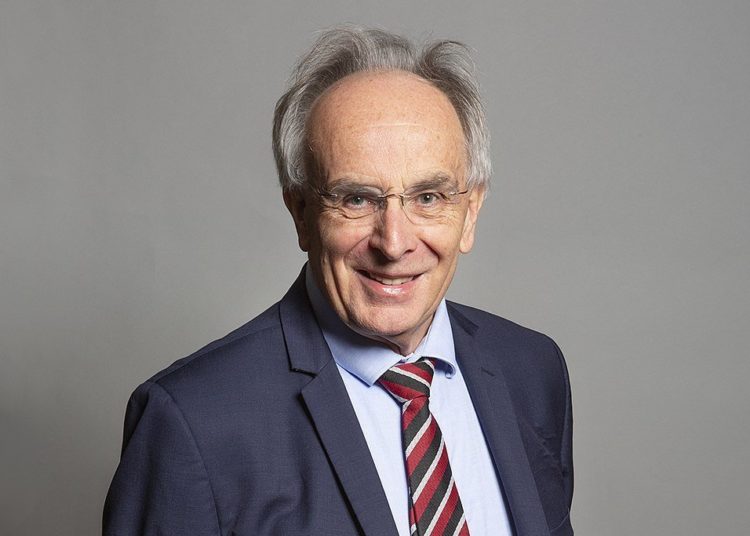 Last week’s virtual session of the future relationship select committee has sparked quite a lot of comment after it was revealed that Britain lacked a system or even a plan to handle trucks arriving at Dover. The amazing revelation came from Tim Reardon, head of EU exit at the port of Dover.

He told Barry Sheerman, MP for Huddersfield, who had innocently asked if any “rehearsals” had been carried out, that they hadn’t even built the system yet. You can hear Mr Reardon explain how the French have already tested their system – twice – while we are “still at the stage of making sure that the definition and specification of the system is correct.”

You can read more about this on Computer Weekly HERE.

But the session was more interesting for another reason: the total ignorance of the EU’s mutual recognition of standards arrangements.

Peter Bone, MP for Wellingborough and leading advocate of Brexit, asked about a possible trade agreement where we start with identical standards but gradually diverge with the EU then applying tariffs if we undercut them. He admitted to finding it “very confusing.”

Bone then asked customs ‘expert’ Karl Larsson to confirm if that would indeed help, saying:

“Some of us have argued for a long time that there should be mutual recognition of standards, not the same standards, but the acceptance by the EU and by the UK that the standards that are in place are going to be of a standard that is acceptable though they’re not the same. Would that help?”

Stunningly, Larsson agrees and says this is “one of the vehicles that should be explored.” By the way, he is the person behind Smart Borders 2.0 and the failed attempt in 2018 to design an invisible border in Ireland. Obviously nobody read his plan in detail because it talks (p41) of passing through the border “opening the gate automatically.”

This is all jaw-dropping ignorance. After four years of near constant debate about Brexit and with all the resources each of these men have at their disposal, particularly Peter Bone with the House of Commons library service, they still do not recognise the reality of Brexit.

Mutual recognition of standards between the EU and the UK is impossible.

To understand why, you have to think about the single market and how it works.

There are basically two types of goods traded inside the EU. Those produced to a harmonised standard (and CE marked), and those which are not – called non-harmonised. They are traded inside the EU by mutual recognition of standards. This “ensures market access for goods that are not, or are only partly, subject to EU harmonisation legislation. It guarantees that any good lawfully sold in one EU country can be sold in another.”

But this can ONLY work where there is a single court (the European Court of Justice) and common supervision (by the Commission), both of which we are withdrawing from. As this research briefing from the HoC Library in 2018 explained:

The EU refer to this as an ‘eco-system.’

The reason a common court is needed is that the mutual recognition principle is conditional, not absolute. It applies unless the target (or host) state “can show a good reason why it should be entitled to rely on its stricter standards to exclude something that is acceptable elsewhere in the EU.”

If the originating state objects, the case needs to be tested by a court and one that can override national courts – the European Court of Justice, anathema to men like Peter Bone.

“The EU is not simply a system of rules, it is a system too that involves the oversight of the Commission, the place of sector-specific agencies, the authority of the Court of Justice and the everyday involvement of national courts and administrative agencies. Rules – but also supervision, administrative co-operation, interpretation and enforcement too.”

The mutual recognition principle is sometimes used for conformity assessments where each party to an agreement authorises a body or bodies in each country to check and approve that goods made in one of the territories meet the standard for sale in the other territory. They do NOT simply accept each other’s standards.

This mutual recognition principle will be lost at one second past midnight on 1 January 2021, even though at that point we will still be in complete and perfect alignment with every rule and regulation in the acquis communitaire. The EU will recognise nothing in British law, because it will no longer be under the ECJ and hence beyond their ability to enforce the rules.

But note that Peter Bone is actually asking that we go much, much further. He wants the EU to recognise our standards “even though they’re not the same.” This is delusional fantasy. Recognition of each other’s standards is a privilege reserved for member states only because they are member states and subject to EU law.

Many British companies may be in for a very unpleasant surprise next year. They will lose the important and automatic right to lawfully sell anything made here in any of the other EU27 countries without further approval. From 1 January 2021, they will be unable to sell non-harmonised goods under the mutual recognition principle and will need to comply with the national laws of each country in which they are sold. The UK government guidance for non-harmonised goods is HERE.

The products that might be affected include items like childcare articles, clothing, textile and footwear, furniture, jewellery and sports accessories. Other examples include foodstuffs (particularly manufactured foods) and food supplements, food contact materials, fertilisers and construction products.

It’s difficult to find exact figures for how much trade is likely to be affected, but I understand the EU estimates it could be around 20 per cent of the total value of market sales in manufactured goods.

This is likely to catch many small businesses who currently sell into the EU using the mutual recognition principle, but without the resources to discover all the national rules or to modify products to suit 27 different markets. They are already woefully unprepared as my colleague Edward Mitchell has pointed out today.

The Department of Trade’s website now lists markets for UK exporters but does not mention the EU at all. What was previously a single market has now disappeared and, for British exporters, become 27 separate and individual markets, each with its own rules and regulations for non-harmonised goods.

This won’t stop exporters but it will make life more difficult and considerably more expensive.

Why we need a coronavirus public inquiry