ADVERTISEMENTFollowing a demonstration by farmers yesterday outside parliament and the Channel 4 Dispatches programme last night about US food and farming products, MPs had the opportunity to vote to adopt an amendment to the agriculture bill to prevent sub-standard food reaching our shores. Lords amendment 16 would have required agricultural and food imports to meet […] 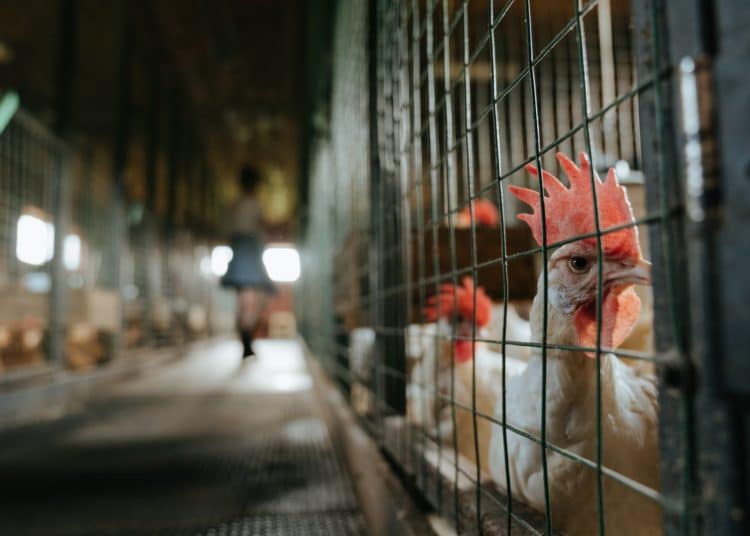 Following a demonstration by farmers yesterday outside parliament and the Channel 4 Dispatches programme last night about US food and farming products, MPs had the opportunity to vote to adopt an amendment to the agriculture bill to prevent sub-standard food reaching our shores.

Lords amendment 16 would have required agricultural and food imports to meet domestic standards. It was defeated just after 9 0’clock by a government majority of 53 (279–332).

Earlier, Dispatches claimed that meat products destined for American shops and supermarkets contained high levels of bacteria. In the event of a free trade deal, these products could now be on sale in Britain.

The Conservative MPs also voted against a specific 2019 manifesto commitment which committed: “in all of our trade negotiations, we will not compromise on our high environmental protection, animal welfare and food standards”.

The Channel 4 programme said Professor Lance Price at George Washington University is in the middle of a five-year study and found, for example, that as much as 13 percent of American pork samples tested contained salmonella, six times more than is likely to be found in British pork.

Further testing concluded that around 60 percent of pork products contained E. coli – the primary bacteria behind many strains of food poisoning – and 70 percent of beef, 80 percent of chicken and 90 percent of turkey products also reportedly contained the E. coli bacteria.

According to the Brexit-supporting Daily Mail, Professor Price said: “I find it a little disturbing because E. coli is an indicator of faecal contamination, so most of the meat is contaminated with faeces, and the faeces within it has these dangerous pathogens”.

Price said: “It’s an unacceptable rate given that it is controllable, but the industry has been very successful in fighting any kind of regulations there”.

His study also reveals that at least 45 percent of retail meat in the US is resistant to at least one type of antibiotic. The US routinely uses antibiotics on livestock at up to five times the level of that used in the UK, risking a rise in antibiotic-resistant bacteria.

“With salmonella, campylobacter, you’re going to get diarrhoea, you’re going to be sick for a few days and you’ll get over it, but if you have any kind of compromised immune system, they can cause serious invasive infections; that is, they can get into your blood and kill you”.

NFU President Minette Batters listened to the debate in the House and said afterwards she was heartened to hear many MPs express support for safeguarding our food standards, adding:

“The future of British food and farming is at stake. Without proper safeguards on future trade deals we risk seeing an increase in food imports that have been produced to standards that would be illegal here. I hope the agriculture bill returning to the House of Lords gives a new opportunity for the Lords to put forward an amendment that will give the Commission more teeth and enable MPs to have their say; one that can be heard by the House of Commons, with a final vote to see those safeguards put in place”.

So, if you want to know which of your MPs were happy to see you suffer from a food-related sickness, the list above shows you who to complain to.