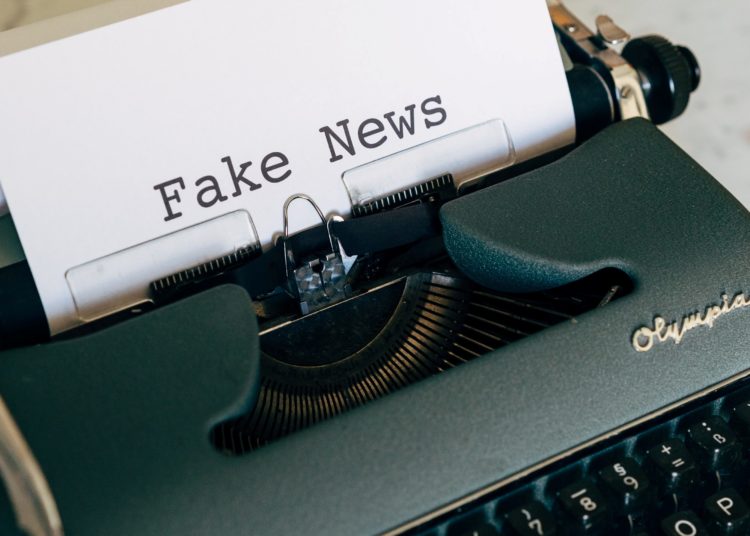 Politicians and the national press are equally good at it (or bad, depending on your point of view) but they’re far more dangerous because they seem more plausible.

Yesterday, the Express ran an article that appeared to show a study by a highly respected German institute indicating a no deal Brexit would cost Britain fewer than 15,600 jobs. This is not only wildly wrong, but dangerously so if people are led to believe no deal comes with little cost. The report contains a graphic supposedly showing which countries employment would be hardest hit and the UK is not even on it:

The details are from the Halle Institute for Economic Research, giving an undeserved authenticity and respectability to the Express report. The UK doesn’t appear at all in the top twelve, because surprisingly we are below the Czech Republic with just 12,000 jobs going. This is in the event of leaving without a trade deal with our largest trading partner. It is about the same number of jobs lost when BHS closed down. Not that bad, eh? Manageable even.

Unfortunately, the figure is flat wrong. The real number is probably closer to 400,00.

It isn’t the first time this particular claim has circulated, because David Davis quoted exactly the same research paper in a Telegraph article in July last year, in which he said:

It certainly would be “astonishing” if it were true, but it isn’t. It’s even possible that Davis, the former cabinet minister and Tory leadership contender, actually believed it. Nobody picked him up about it at the time as far as I know. He added confidently:

“So we face a small risk with significant upside opportunities: Europe faces terrible risk and no upside. You can never reliably predict an idiosyncratic institution like EU Commission, but my hunch is that very soon after a no deal departure, they will be back at the negotiating table. And looking for a deal”.

Unfortunately, he, and the Telegraph and the Express have all spectacularly, or deliberately, misunderstood the whole thing and in doing so misled an awful lot of people, even themselves. How? Let me explain. It’s really perfectly simple, but apparently well beyond a former cabinet member and two national newspapers.

You can check this information for yourself. The paper on which all this is based is called: Potential International Employment Effects of a Hard Brexit and you can download it HERE. It was published in February 2019, not 2018 as Davis claimed.

The problem is that the Halle study was only concerned with imports into the UK from the EU27 not exports from the UK to the EU. The UK was considered a non-EU country for the purposes of the study and the only job losses considered in any non-EU countries were indirect ones.

So, the 12,000 UK jobs lost are only those in EU27 supply chains. This might include the relatively small number of jobs lost at a Ford plant in Wales supplying engines to Germany for Mondeos then exported to the UK. But the much larger number of jobs lost in Welsh sheep farming for example, or in companies exporting finished goods such as cars to the EU, were never counted at all.

This is the graphic that Halle produced:

The numbers correspond exactly to those used in the Telegraph and Express articles. But check the note at the bottom: the blue bars are for direct job losses and the green bars are for indirect job losses. GBR has no blue bar at all. Direct means jobs lost in the exporting company itself and indirect are jobs in the supply chains – or as the Halle put it, jobs “affected by second-round effects that hit firms delivering intermediate inputs”.

Davis and the Express have overlooked the fact that the figures don’t include any direct job losses in the UK. In doing so, they are effectively making the assumption that no British company exports directly, or supplies any finished goods or products to, the EU. This is patent nonsense although they failed to see it.

The Halle paper concludes that 612,000 jobs would be lost with a hard Brexit. These are all connected with EU exports to the UK as follows:

The Halle’s work was based on EU exports to the UK dropping by 25 per cent in the short term. You would have to be completely stupid to think that the loss of 25 per cent of the £291 billion exports we sell to the EU (2018) would only result in the loss of 12,000 jobs on our side of the Channel, while the loss of a quarter of the £357 billion they sell to us will cost 422,000 jobs. Think about it.

Only a Brexiter – or someone who simply doesn’t understand economics – could believe this is so. Common sense should tell you we are not circa 35 times more productive than the EU!

Our £291 billion exports to the EU in 2018, are roughly 82 per cent of their £357 billion exports to us. If I make an assumption (probably heroic, but not orders of magnitude wrong) that the mix of products and industries on both sides of the Channel is more or less the same, and we source roughly the same percentage of intermediate goods from the rest of the world, then using the same Halle model with a drop of 25 per cent I would expect our job losses to be about 350,000.

But bear in mind our productivity (unit output per unit input) is about 30 per cent lower than Germany or France, so our job losses could be even higher.

Finally, it’s worth noting that the Halle Institute is talking about 25 per cent as being the ‘short-run’ (i.e. immediate) drop in exports. Others (see paragraph 2.2 on page 3 of their paper) have estimated the short-term drop at 34 per cent and the long-term drop as high as 56 per cent.

So, these numbers could be quite conservative and the real impact much worse.  Davis, the Telegraph and now the Express are wrong. It is all fake news.