Confusion over the difference between a free trade deal and single market membership has caused Brexit chaos for exporters. 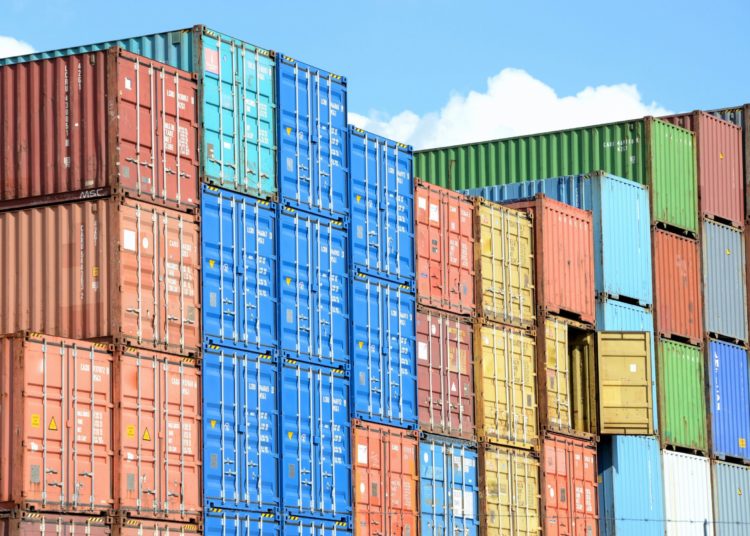 Photo by Paul Teysen on Unsplash

The Brexit debate on trade suffered from focusing far too much on tariffs, and hardly at all on non-tariff barriers. That might have made sense for a manufacturing economy in the 19th century but was inadequate in the 21st century even for manufacturing, and all the more so for a predominantly services-based economy. The first 91 days since the transition period ended have shown the consequences of this one-sided approach.

Before the 2016 referendum and in the years which followed, a misleading confusion arose between having a free trade deal with the EU and being a part of the single market, as if these were more or less the same thing.

Sometimes that was implicit, as with vague talk of ‘market access’ which could have meant either or neither of them. Sometimes it was explicit, as when David Davis talked of a deal with “the exact same benefits” as membership, or when Theresa May and others promised “frictionless trade” with the EU.

This confusion arose partly from the myth that when the UK joined what was then the EEC ‘we were told it was just a free trade bloc, not a political institution’. That misunderstands what was said then and, more importantly, misunderstands what the development of the single market, in combination with the customs union, created.

This was not just to do with the abolition of tariffs on trade between members, but also abolishing non-tariff barriers, especially those caused by different national regulations. Doing this facilitates goods trade, where there would otherwise be both tariff and non-tariff barriers, and also services trade where all the barriers are of a non-tariff sort.

But as soon as regulations are harmonised across countries, this means there must be a way to set and enforce those regulations which transcends national legal and regulatory systems. Thus a single market is inevitably a ‘political institution’ and not ‘just a free trade bloc’.

Because of the way that free trade agreements and single market membership had been confused, and tariffs given such prominence, many people, including some businesses, assumed that so long as a trade deal was done, things would continue pretty much as before. That hasn’t been the case.

The UK-EU trade and cooperation agreement

The UK-EU trade and cooperation agreement (TCA) does indeed remove tariffs on goods trade. However, as the immediate and massive drop in trade volumes with the EU since the end of the transition period shows, this leaves significant barriers to trade.

This is because even for goods trade, abolishing tariffs is only part of the story. The need for regulatory checks as well as customs formalities – which, taken together, the single market and customs union had largely ended – also impede trade.

That’s what lies behind all the reports of delays in export shipments to the EU, which are most noticeable when the goods being shipped are perishable, such as fish, but affect non-perishable goods as well. Boris Johnson’s claim when announcing the TCA that it meant there would be no non-tariff barriers was simply untrue.

There is another, more complex, reason why the TCA does not mean business as usual, even for tariffs on goods trade. Just as the over-focus on tariffs is an outdated way of thinking about trade barriers, so too is the implicit, traditional model of trade consisting of goods being made in country A and sold in country B.

In fact, modern international supply chains source components from around the world, and under the TCA, ‘rules of origin’ concerning the percentage of a good originating in the UK (or the EU) determine whether or not it qualifies to be tariff-free. As many British manufacturers have found since it came into force, this means that their goods don’t necessarily meet the criteria to avoid tariffs.

The impact of Brexit on the UK services sector

Services trade is even less well-served by the TCA. The pandemic is masking some of that, partly because business travel linked to services trade is so reduced anyway. When that changes, the loss of freedom of movement rights that came with the single market and the lack of a mobility agreement in the TCA will bite hard on a wide range of services, from live music to consultancy. Limited reciprocal recognition of professional qualifications, for example for architects, is another restraint.

Financial services, the UK’s biggest service industry, is not part of the TCA though may be subject to a separate arrangement. But, even if so, it will be on more restrictive terms than before. Significant amounts of business, for example in trading of EU shares, left the UK immediately the transition period ended and are highly unlikely to return.

Could the Brexit deal be improved?

The TCA could have been more extensive, and might still be developed to address some of the problems we have seen so far. For example, a mobility agreement could be developed, and the UK could align with EU sanitary and phyto-sanitary regulations and create a veterinary agreement with the EU.

The stumbling block is the very narrow definition of ‘sovereignty’ which the UK has made its overriding objective.

It would be wrong to dismiss the TCA as having no value. Tariffs certainly aren’t unimportant. So, had the deal not been struck, the damage would have been even worse. For example, it has probably prevented the destruction of the UK automotive industry – and that matters. But neither the TCA, nor a deeper trade agreement, can replicate what the UK had as an EU member.

The negative effects of the Brexit deal are not ‘teething problems’

This means that even if some of the disruptions so far prove to be temporary, they cannot be dismissed as ‘teething problems’. Introducing new barriers to trade creates costs and complexities which, especially for smaller firms, can make trade impossible. Larger businesses will cope more easily, but the additional costs will affect their competitiveness. Thus there are permanent structural shifts in trade underway.

None of this is surprising. The conceptual difference between a trade agreement and single market membership is not hard to understand, and the dangers of substituting one for the other have been warned about for years. But the Brexiters refused to understand, and ignored the warnings as scaremongering. We are now paying the price in lost trade just at the time when, because of the pandemic, we can least afford to.

Chris Grey is professor emeritus of organization studies in the school of business and management at Royal Holloway, University of London. Described in the Irish Times as “the doyen of Brexit commentators”, he has written extensively on Brexit including the popular and widely praised Brexit & Beyond Blog. His new book, Brexit Unfolded. How no one got what they wanted (and why they were never going to), will be published in June 2021 by Biteback.

Chris is professor emeritus of organization studies in the school of business and management at Royal Holloway, University of London. Described in the Irish Times as "the doyen of Brexit commentators", he has written extensively on Brexit including the popular and widely praised Brexit & Beyond Blog. His new book, 'Brexit Unfolded. How no one got what they wanted (and why they were never going to)', will be published in June 2021 by Biteback.