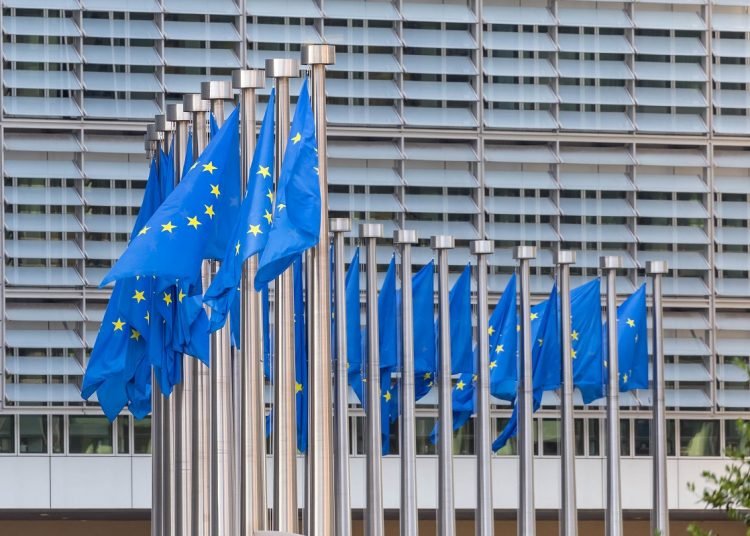 "Flags of the European Union in front of the Berlaymont Building in Brussels, Belgium" by verchmarco is licensed under

The Northern Ireland assembly library has just published a scathing report by the EU Commission on significant shortcomings discovered in the operation of the Irish Sea border, claiming that the UK government has “failed to ensure that sufficient resources – human and structural – have been made available” in Northern Ireland. News of the report came in this tweet:

The 41-page highly critical draft report dating from October last year sets out the findings of a visit by a team of EU officials in June 2021 to determine if the border control posts (BCPs) at Belfast, Larne and Warren Point were carrying out EU sanitary and phytosanitary checks (SPS) in line with the Northern Ireland protocol.

The team of three officials and an observer say the systems being used are “not fit for purpose” and do “not comply with EU rules. The report’s executive summary makes clear that the EU were not at all satisfied with what they found.

“This Commission control identified several critical factors which collectively and critically undermine the credibility of guarantees given by the United Kingdom Government in respect of its obligations to implement Union law, made applicable to and in the United Kingdom in respect of movement of animals and SPS goods into the EU SPS area via border control posts in Northern Ireland by the Protocol.”

The EU accuses the UK government of failing to recruit sufficient staff and of halting both recruitment and development of BCP infrastructure, which they say is impeding the full implementation of the protocol.

Northern Ireland’s Department of Agriculture, Environment and Rural Affairs (DAERA) admitted that at the time of the visit, almost 60 percent (16 out of 27) of the required number of approved official veterinarian posts were unfilled.

EU officials also visited two retail distribution centres (RDCs) and noted that supermarket goods in consumer retail packs were not labelled “These products from the United Kingdom may not be marketed outside Northern Ireland” as required by the unilateral declaration.

Facilities provided at Larne were found to be “too limited to detain and partially unload consignments and to implement arrangements for time separation between different categories of goods to avoid cross-contamination”.

At Belfast, taking into account the high volume of goods passing through, the facilities were “insufficient to permit the implementation of appropriate official controls and storage, for partially unloading or detaining consignments, or to permit adequate time separation between consignments to prevent cross contamination”.

In addition the commission team “found no evidence” that authorities had monitored the movement of supermarket goods to destination supermarkets in Northern Ireland, again as required by the unilateral declarations. They also found that DAERA has no effective procedure in place to monitor the movement of the goods arriving at retailers, “other than an obligation for the operator to provide an email on arrival”.

The systems put in place, the report concludes, are “not fit for purpose” and do “not comply with EU rules”. The report provides eight recommendations to address the most significant shortcomings, the main ones being to recruit a sufficient number of suitably qualified staff and ensure BCPs comply with the minimum EU requirements.

It’s not clear if improvements have been made since the report was prepared on 4 October 2021. 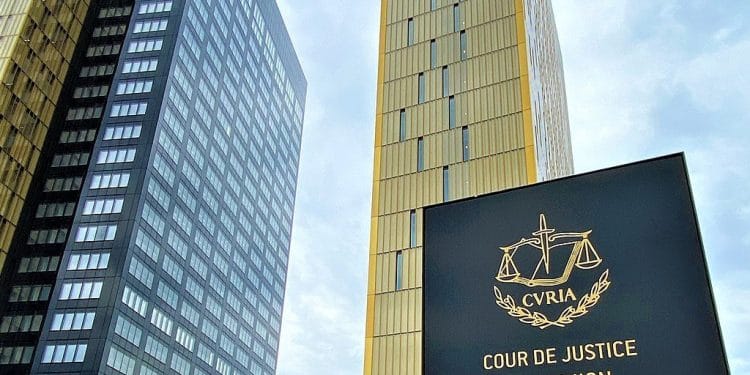 This latest development comes amid rising tensions in Northern Ireland. DUP leader Jeffrey Donaldson has threatened to collapse the Stormont executive and agriculture minister Edwin Poots has vowed to halt all Irish Sea border checks if he is blocked from bringing a paper to the executive at the end of the month.

Poots is insisting the executive has the legal authority to stop or continue the checks based on a court challenge being brought by loyalist blogger Jamie Bryson.