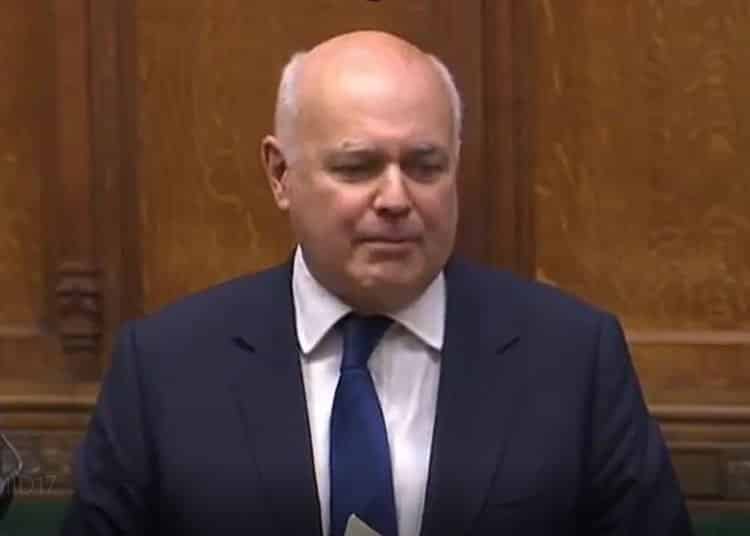 Iain Duncan Smith, MP for Chingford and former leader of the Conservative Party has called for Article 16 of the Northern Ireland protocol to be triggered immediately. In an article (£) for The Daily Telegraph, he says the “dangerous and deeply divisive Northern Ireland Protocol – which this Government made the mistake of signing up to” is causing “real harm to the Northern Ireland economy”.

He omitted to mention in the piece that he himself offered enthusiastic and unqualified support for the Withdrawal Agreement (WA).

IDS calls for Northern Ireland protocol to be suspended

On 22 October 2019 in the House of Commons, when he had the chance to raise objections to the WA, of which the protocol forms a part, he unequivocally supported it “without question of a doubt”. The moment is captured in the video clip below:

Duncan Smith went on to vote for the agreement and told MPs that, “If there is anything about [the withdrawal bill] that we have not now debated [and] thrashed to death, I would love to know what it is”. It is now clear he was talking about the Northern Ireland protocol although he didn’t seem to realise it at the time.

He accused “those who argue endlessly that there is not enough time”, of not wanting to stick to the arbitrary 31 October date.

In a combative speech, he even suggested there should have been a programme motion to limit the time for MPs to debate the details. Many MPs on both sides urged him not to support the bill, but to extend the deadline and allow it to be properly scrutinised. He refused, claiming that the issue has been fully debated and “many of the things in the agreement have not changed” from earlier in the year under Theresa May.

One of the things that had changed was the Northern Ireland protocol, agreed just five days before between Boris Johnson and Irish Taoiseach Leo Varadkar – 63 pages of detailed text, and as many pages again in annexes referencing dozens of EU directives that would apply in Northern Ireland. 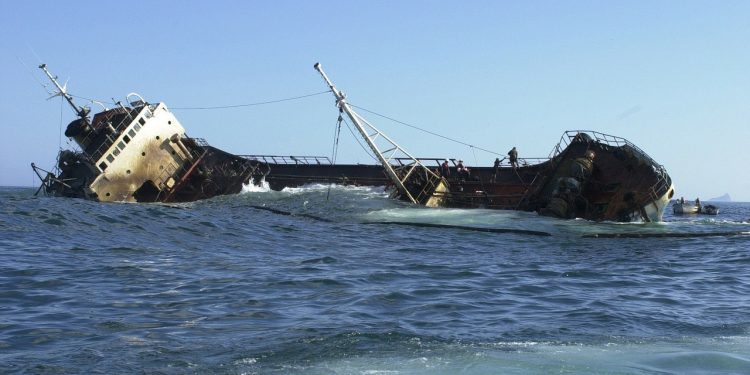 He did not seem to grasp the idea of the protocol being a permanent treaty, albeit subject to democratic consent (Article 18). But even if it was rejected in future by the Northern Ireland assembly, the protocol would still need to be replaced by something else to protect the 1998 Good Friday agreement.

The irony is that many MPs like IDS, who supported Brexit, once argued that EU directives were introduced without effective parliamentary scrutiny but then, when given the opportunity to do so, they rejected the chance and now want to renegotiate an international treaty.

As the Conservative Party gears up for their annual conference in Manchester, many commentators believe Lord Frost will next week repeat his threat to do as Duncan Smith and the DUP demand, and trigger Article 16. But business leaders have already warned him against doing so, because of the legal uncertainty for traders and the potential damage to the Northern Ireland economy.

One business leader who attended a meeting with Frost at Hillsborough Castle last week said:

“[The move] will not persuade a single person who is not supplying NI already to do so; that those who are already trading with NI may stop supplying NI because they might find themselves in legal jeopardy as boardrooms will want to comply with the law; and thirdly, EU customers who are buying from Northern Ireland may decide not to do so because they will consider it too much of a hassle in the legal uncertainty.”

Frost is in a difficult position, having to argue that modest supply chain difficulties in the province requires emergency measures to resolve – including the renegotiation of the protocol he agreed – while on the mainland, a genuine crisis is underway with the army on standby to deliver fuel amid widespread shortages of labour threatening food supplies this Christmas. But here, Business Secretary Kwasi Kwarteng refuses to take any action and says we must “tough it out“.